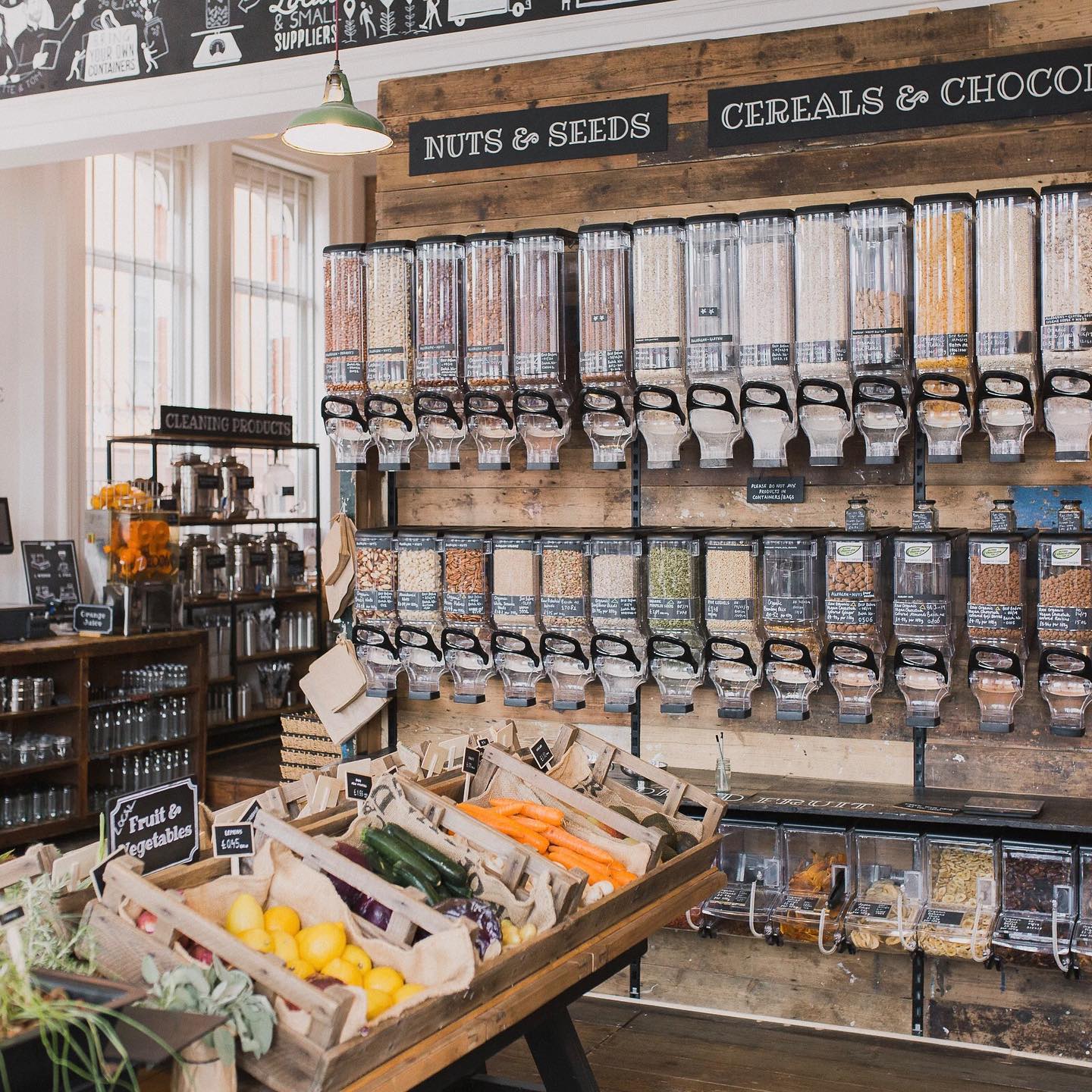 Sarah Vance is a woman on a mission to rid South Queensferry of plastic waste.

A graphic designer from Dumfries and Galloway, she’s hoping to convert Queensferry shoppers away from buying goods such as coffee, rice and lentils in single-use plastic packaging. Instead, Sarah, who is launching the scheme with a new retail outlet in the town, plans to offer groceries in re-usable packaging provided by the shoppers themselves.

Sarah said: “With more than 99% of plastics made from chemicals derived from fossil fuels, it is a massive contributor to climate change.

“Every piece of plastic ever made still exists today, and only about a third of UK plastic waste is recycled. 40% is used just once, and much of it, an estimated 12m tonnes, pours into our rivers each year.”

Since most of this waste is single-use packaging, Sarah felt compelled to do something about it. The service works by weighing the jar or bag provided by the customer. They then place it under a dispenser which pours the dry pulses, or oats, say, into the container. After that, the container is again weighed and the cost is added to the customer’s order. Hence the name, “Ferry Weigh”.

Starting up the business will cost money, and Sarah is looking to raise £20,000 from a crowdfunded appeal. Those supporting the venture will get discounts and memberships, there will be a prize draw of donated products from local businesses, business opportunities for eco-friendly firms; Sarah even plans to help the environment by planting trees.

On Tuesday Sarah presented her ideas to a meeting of Queensferry residents in the Parish Church, hosted by an existing group, Plastic Free Queensferry, a network of environmental campaigners whose goal is to tackle the scourge of plastic pollution.

One member of the audience said she hoped the group would learn from each other about tackling plastic as a community, saying: “I have dyslexia so the internet is not always my friend, and the council provides very little help for those without internet access. My mum is 70 and doesn’t go online, but she’s keen to recycle, so each year she has to beg and plead on the phone to get information in paper format.”

David McInnes, who helps run a volunteer cleanup group said plastic waste and rubbish dumping were dreadful in the town. “Cleanferry are cleaning up this waste, and we have 60 members out and about on a daily basis who uplift about five tonnes a year. That’s why I’m intrigued what this might mean for Queensferry to be plastic free. It’s certainly worked in other places in Edinburgh.”

The project has received backing from local elected representatives too.

SNP councillor Norman Work said: “I’m always looking for ways to reduce my carbon footprint and that’s why I was delighted to hear about Ferry Weigh.”

And Liberal Democrat Edinburgh West MSP Alex Cole-Hamilton used a new term to describe the initiative. He said: “Re-filleries are vital in terms of changing behaviours and reducing the amount of waste we put in the system, and that’s why I’m fully behind Ferry Weigh.”