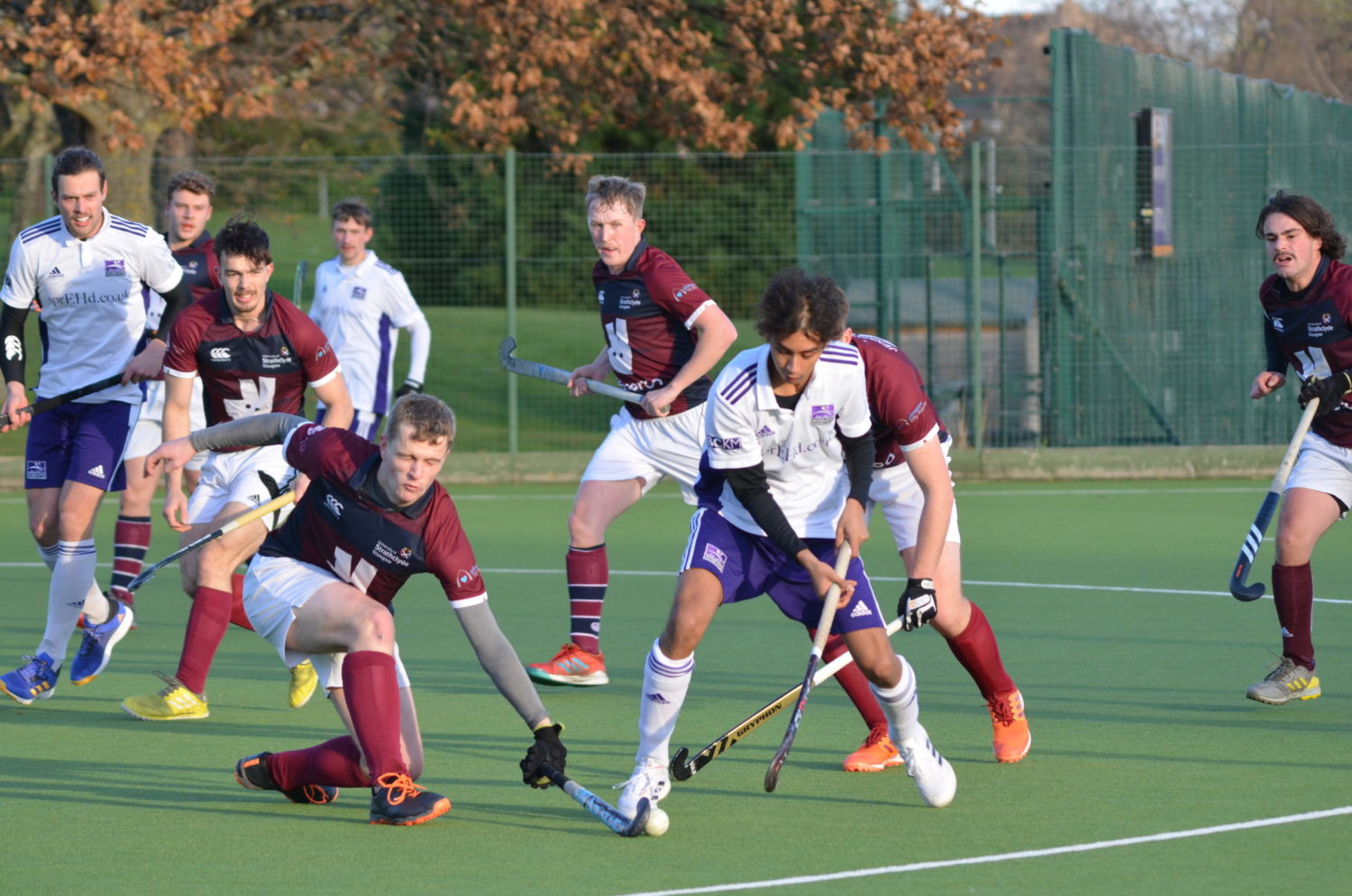 Grange let slip a 4-3 lead late in the game but kept their title hopes alive with a battling draw with long-time men’s Premiership pace-setters Western at Fettes College in Edinburgh.

Veteran Johnny Christie slotted the leveller eight eight minutes left after Jacob Tweedie had put the home side in front.

The home side move onto 34 points, five points adrift of the West of Scotland combine who remain unbeaten this season in all competitions.

Elsewhere, third-placed Edinburgh University were beaten 6-2 at Clydesdale who are a place and seven points behind the students who were 4-0 down at one stage.

Coach Hamish Imrie then removed his goalkeeper after scoring two goals but the move back-fired as the Titwood men scored two goals.

In the relegation section, Inverleith moved to the top of the section after a 2-1 win at previous pace-setters Uddingston while second-bottom Dundee Wanderers drew 3-3 with third-placed Hillhead.

Grove Menzieshill, who prop up the relegation group, were held 3-3 at Dundee by fourth-placed Kelburne.