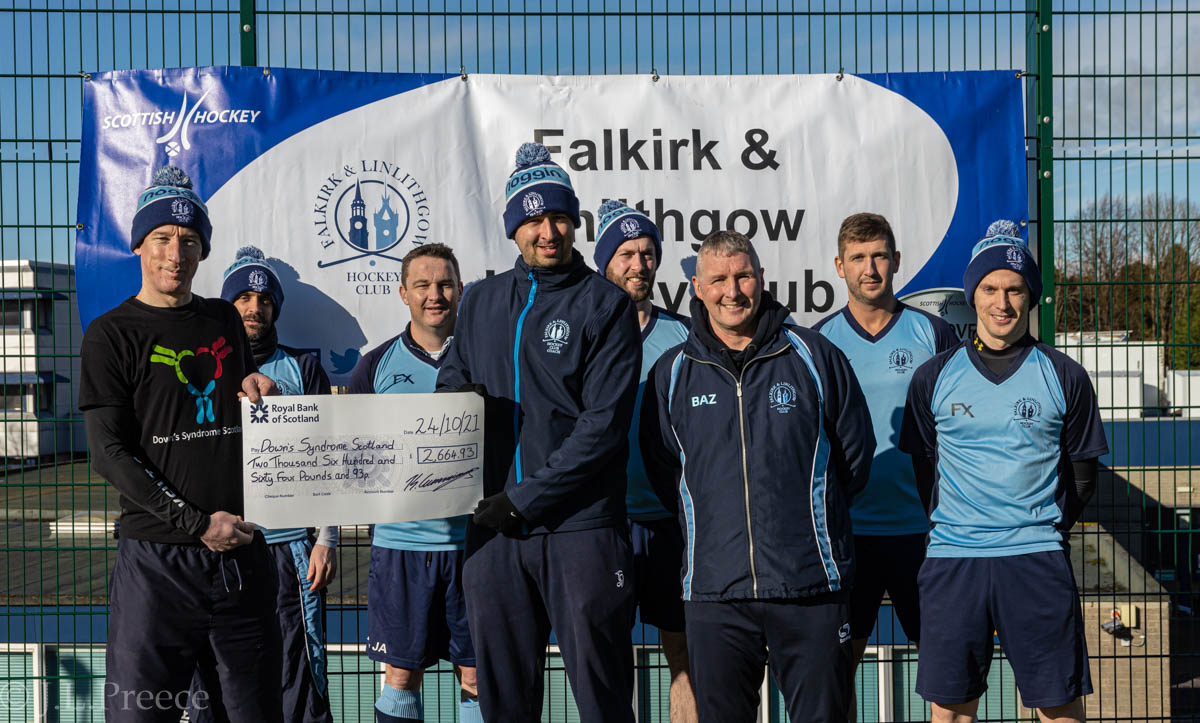 Back in October 2021*, a number of players from Falkirk and Linlithgow Hockey Club teamed up to run the Edinburgh 10K in support of Down’s Syndrome Scotland.

Catching up with some of the squad at the weekend, Kevin Cummings confirmed that they were looking at the 10K again this year, as well as the Marathon Relay, to raise money for some of the other charities that he, and other FLHC members, are involved with.

He also added that everyone involved would like to thank all the participants and everyone that stuck their hands in their pocket to contribute.

We wish them every success in their ventures and, expect that we’ll be seeing them again later in the year.