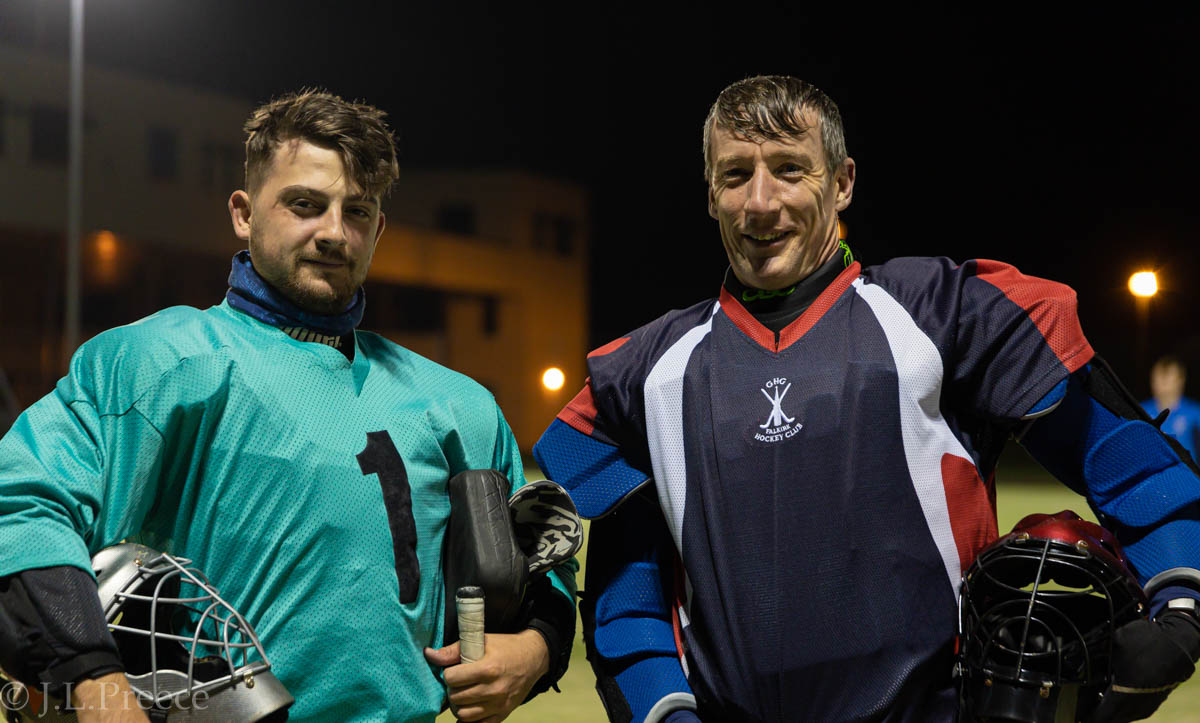 Falkirk and Linlithgow Hockey Club 1st team goal keeper, Kevin ‘Kev’ Cummings, and outfield player, Murray Paton, have ‘persuaded’ a few of their club mates to take part in the Edinburgh 10K at the end October, running for charity.

The team will be taking part in support of Down’s Syndrome Scotland, the charity that Kev works for, and Falkirk and Linlithgow Hockey Club. DSS are the only Scottish organisation currently providing advice & support to people with Down’s syndrome.

Kev was then ‘volunteered’ for a Q/A session with organisers GSi Marketing and Partnerships.

We’ve chosen to run the Edinburgh 10k (links at the bottom) for Down’s Syndrome Scotland, which is the only Scottish charity who provides advice & support to people with Down’s syndrome, their families and the professionals who work with them, such as teachers, midwives and health visitors.

Down’s Syndrome Scotland do excellent work listening to, and raising the voice of people with Down’s syndrome who are often overlooked in society, and particularly over the past 18 months or so. More information on the important work they do can be found here: https://www.dsscotland.org.uk/

A number of our club members have a personal connection to Down’s syndrome so we’ve chosen to raise their profile and give something back to a charity that provides support to those who need it, when they need it. And this is an opportunity to get club members together after such a long break from hockey.

Really well, our coach has been including extra stamina training exercises into our weekly training sessions at Grangemouth High School Astro pitch, which will undoubtedly help throughout the course of the season which is about to get underway after such a long period of inactivity, so taking on the 10k gives us a focus and motivation to work that little bit harder each week, and we’re always looking to welcome new players to the club whatever their ability, men, women & juniors, it really is such an inclusive club http://www.falkirkandlinlithgowhockeyclub.co.uk/

Getting club mates together for a bit of fun and friendly rivalry with a common purpose. Not all of us have experienced the buzz of anticipation of the start line or have seen Edinburgh from the perspective of the runners, so it will be a first for some, and crossing the finish line at the iconic Murrayfield Stadium is unique too, there’s nothing quite like it!

Once the dust has settled and the sore feet are recovered, we’ll get back in touch with the guys to find out how much the club raised for Down’s Syndrome Scotland and Falkirk and Linlithgow Hockey Club.

FLHC’s fund raising is well underway, but should anyone wish to contribute further, then they have a JustGiving page where that can be done.

And, should you wish to join these intrepid souls – Edinburgh Men’s 10K and Edinburgh Women’s 10K. Good Luck!

Our thanks to GSi Marketing and Partnerships for allowing us to use their Q/A interview with Kev Cummings.