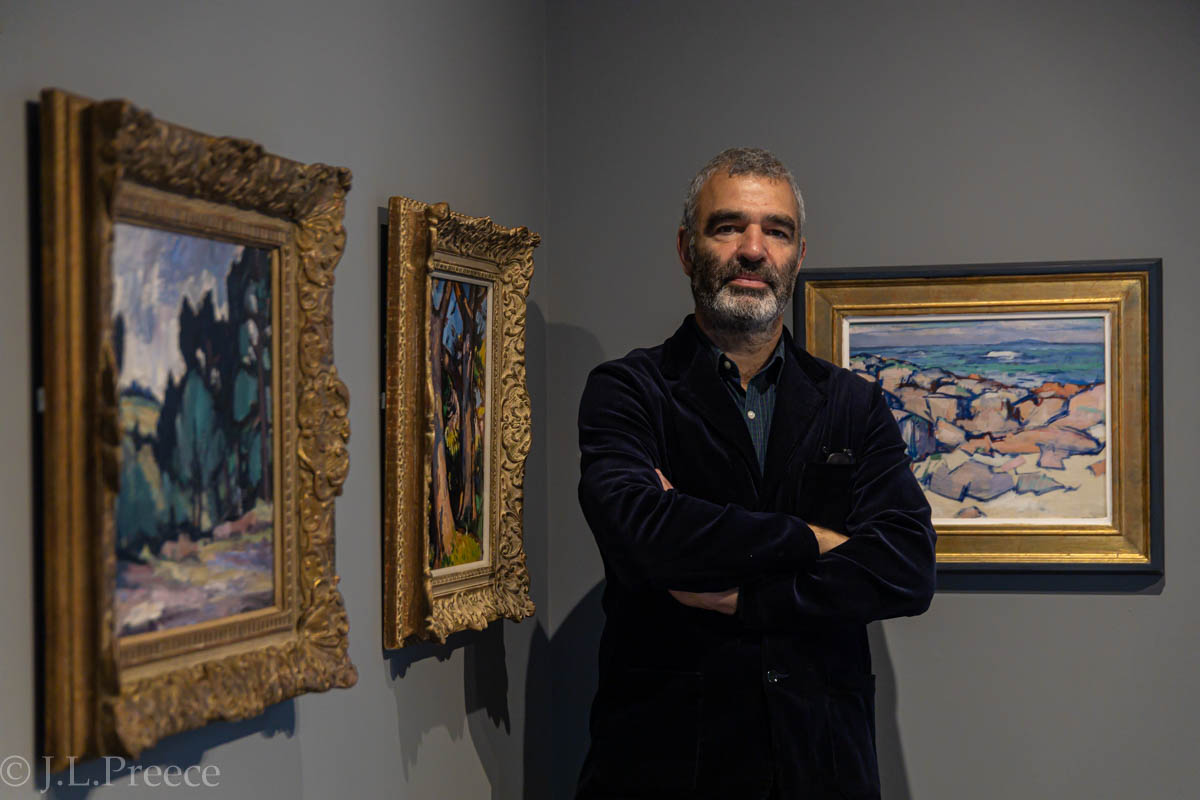 In celebration of the life and works of Samuel John Peploe (1871 – 1935), The Scottish Gallery will be presenting a major exhibition of his paintings and drawings to coincide with his 150th anniversary.

Noted for his diverse oeuvre, Peploe transformed himself from a daring Edwardian portraitist and Impressionist landscape painter into Scotland’s first Modernist.

Marking a new contribution to his memory, this personal exhibition will showcase Peploe’s greatest works, including thirty never before-seen drawings from a family archive, and chart his extraordinary chronology; from his changes of studio, including his years in Paris, to his conversion to the way of colour and Expressionism.

This celebratory exhibition will include many of his greatest paintings with key loans sourced from notable private collections. It will be divided into four sections: still life works, Peploe’s best known and most successful genre; his paintings of his models including Jeannie Blyth, the gypsy flower girl who sat for him over a ten-year period.

Also in the exhibition will be his Fauvist panels which defined his arrival as a colourist form 1907-1912; and finally his drawings, which provide an insight into the artist’s mind and technical developments at key moments throughout his practice.

Guy Peploe, Samuel John Peploe’s grandson and curator of the exhibition, commented, “Today the qualities of Samuel John Peploe: the early achievements, the timelessness of his mature oeuvre, the seriousness of his quest for the masterpiece, the direct expressionist appeal of his first Modernist pictures, the subtle delivery of his emotionally laden palette, all identify a significant contributor to our cultural history; one of our greatest painters”.

During his lifetime, Peploe exhibited in Edinburgh, London, Paris and New York and his work was acquired by the Scottish and French National Collections. In the eighty-six years since Peploe’s death, his reputation has grown nationally and internationally and in recent decades many revered museums and art critics have highlighted his significant contribution to European Modernism, further cementing his legacy.