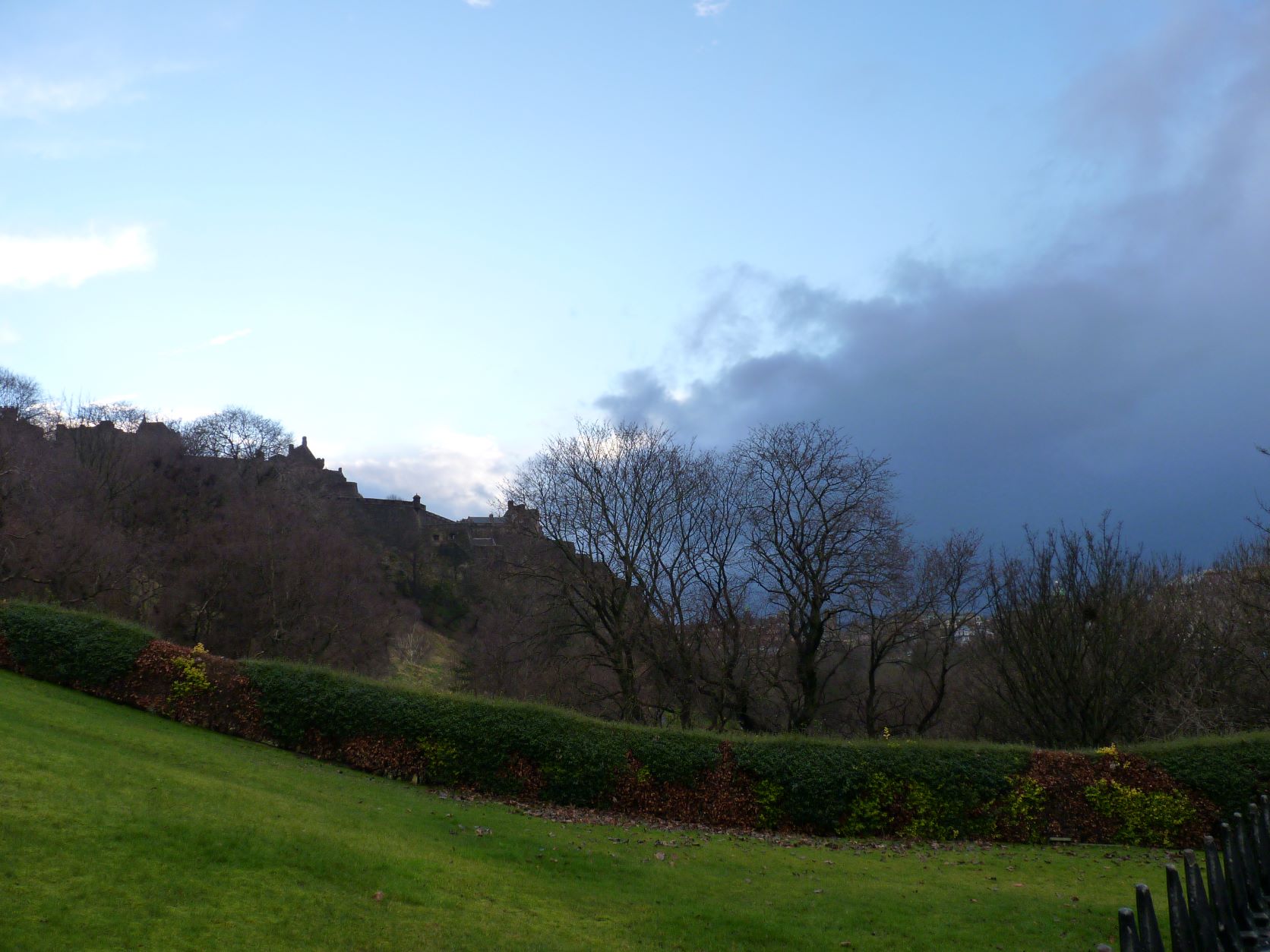 Storm Dudley blew in on Wednesday afternoon, as predicted by our new climate change weather schedule.

It was the third storm of the winter – with another due as I write, apparently with the south of England in its sights. Dudley brought lashing rain and 70 mph winds, which reduced rail and ferry services to a shuddering halt. Here in Edinburgh it gave us an exciting day of sudden showers and bright clear-blue skies. Late in the afternoon, the low sun turned the sandstone buildings golden and Arthur’s Seat red.  A rainbow made an appearance and later the full moon slipped out between the clouds and “shook her gawden feathers”.

But the weather is just one talking point in our winter of discontent. Another has been the cost of living. Inflation is now at 5.5 per cent and rising. Basics such as food prices are going up by 4 per cent and it’s not unusual to find costs rising by 50 per cent for items such as washing machines or electricity and gas bills. And this at a time when national insurance tax and council tax are set to rise but average pay is only rising by 3.4 per cent.

And yet, many people clearly have money to spare. Expensive climate-busting foreign holidays are in strong demand – Ryanair is putting on 250 flights a week from Edinburgh Airport this summer, 50 more than before the pandemic. And average house prices are soaring by 11 per cent a year. At the top end of the market, prices rose by a third in 2021. There were 419 house sales in Scotland involving properties worth more than £1 million.

Boris Johnson was in Scotland this week to talk about “levelling up.”  But that didn’t include doing anything about low wages or welfare benefits, rather it was about giving tax breaks to firms who move into “free ports”.  Under an agreement with The Scottish Government, they are to be called “Green Free Ports” north of the border and will be limited to firms who promise to pay the “living wage” and abide by high environmental standards.  There are to be two of these tax-havens in Scotland (eight in England) and bids are expected from Forth Ports, Glasgow, Stranraer, Rosyth, Montrose, Dundee, Aberdeen, Peterhead, Orkney and Shetland.

The Prime Minister went to Rosyth to make the announcement, posing with a warship being refitted for the Ukrainian Navy.  He clearly had international business on his mind. He was certainly trying to steer clear of the Conservative Party in Scotland – who disapprove of “party-gate” and want him gone.  The Scottish Labour leader Anas Sawar suggested Boris Johnson was “the greatest gift to the SNP” and a disaster for the United Kingdom.  Unfortunately for Mr Sarwar his UK leader, Sir Keir Starmer, forgot about Scotland voting to stay in the European Union when he told BBC Newcastle “there is no case for re-joining the EU”.  It’s been a week of mixed messages.

Take Covid for example. In England, Wales and Northern Ireland, Covid restrictions are being thrown overboard with abandon, leaving individuals to make up their own rules and relying on the vaccine.  In Scotland we are sticking to our cautious approach while the Covid numbers remain stuck at 7,000 cases a day, 900 in hospital and 15-20 deaths a week.  The Health Secretary Humza Yousaf said Scotland would not be pressurised by England and he accused Westminster of “trying to pull the rug from beneath us.”

I suppose the four nations of the United Kingdom are bound to send out mixed messages from time to time. This week there were differences are over immigration. Ministers from Scotland, Wales and Northern Ireland have written a joint letter to the Westminster government calling for a more flexible immigration policy to address the problem of labour shortages caused by Brexit.

In Scotland we are short of 30,000 workers in hospitality, 17,000 in the care services, 11,000 lorry drivers and 10,000 seasonal workers in agriculture.   And it’s not because Scots are lazy – unemployment has stayed low at around 4 per cent.  It’s because workers from Eastern Europe have gone home.  The new “Brexit opportunities minister” Jacob Rees-Mogg says the shortages can be solved by cutting red tape but how that squares with the Tory obsession with cutting immigration is “a riddle, wrapped in a mystery inside an enigma.”

The Beijing Military Pipe Band, arrayed in kilts and braided jackets, will be playing for the last time this weekend as the winter Olympics draw to a close.  None of the six band members have ever been to Scotland but they have opened proceedings at all of the curling matches for the last fortnight.  And their piping has not been in vein, because Scotland’s men’s team are in the final and Scotland’s women’s team are in the semi-final.

I should, of course, point out the “Scots” curlers are competing on behalf of Team GB.  The Olympic gods don’t class us as a “nation”. But if we bring home a medal from the winter snows of Beijing we will indeed be Hugh MacDiarmid’s “bonnie broukit bairn”.