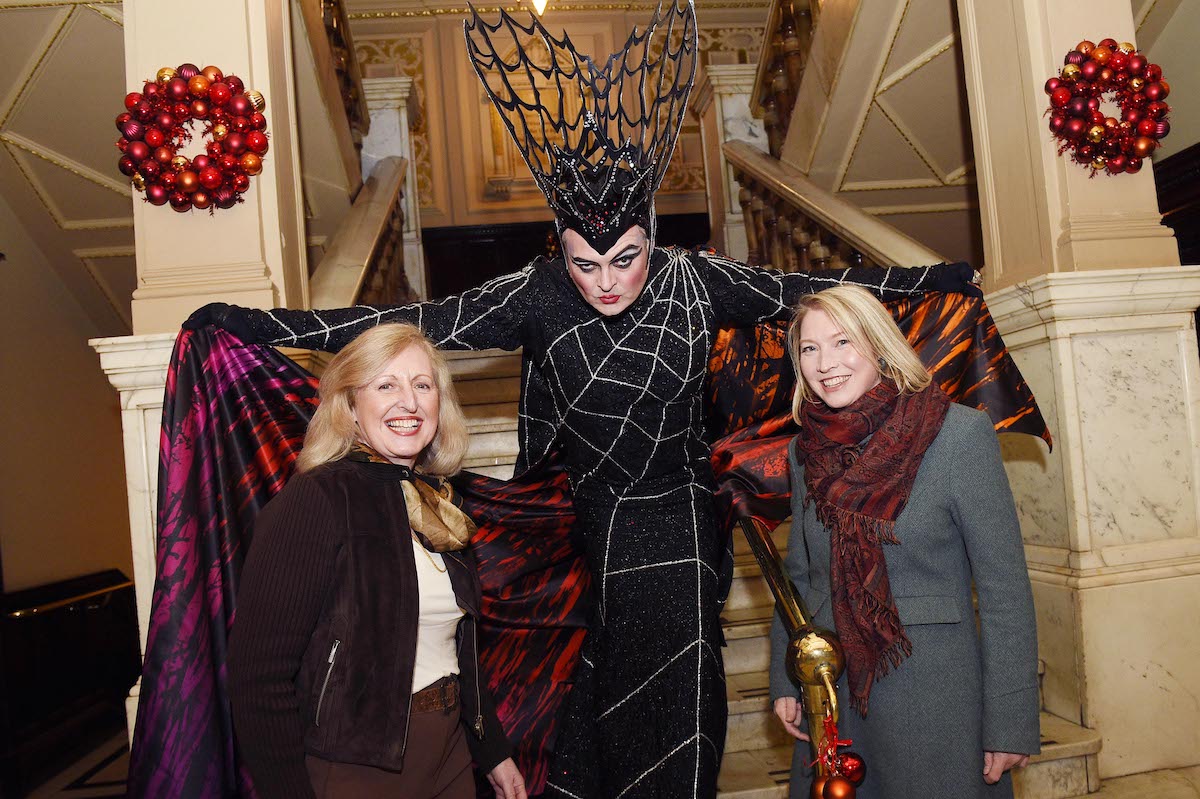 National Lottery Heritage Fund has announced a grant of £1.726 million for the King’s Theatre redevelopment fund. This will be used for certain heritage and benefit public parts of the overall major project which involves the closure of the theatre for a time.

The King’s is an A-listed building – one of only fifteen operational theatres in the UK and one of six in Scotland. It was built in 1905/6 and has been home to many great shows over the years including the pantomime which attracts an audience of 90,00 each year.

The #Everyone’s Theatre – Telling the Story project will concentrate on repairing, protecting and enhancing the condition and sustainability of the building and its special heritage features; make the social and cultural heritage of the King’s available through an interpretive heritage experience and digital People’s Archive; involve a wider range of people with the theatre’s heritage by delivering a programme of community heritage engagement activities to 8,000 people; and establishing the King’s Theatre as a local asset and community hub, in the Tollcross area and beyond.  It will deliver improved accessibility to the venue for all, better facilities for users of the building, including actors and staff, with an improved auditorium space and theatrical production facility.

There will also be provision of more functional spaces within the building to allow increased activity and usage of the venue for a variety of projects. Significant environmental improvements will be made to take the theatre towards its 2030 zero carbon target.

Caroline Clark, Director for Scotland, the National Lottery Heritage Fund, said: “We are excited to be involved in this project that will help secure the King’s Theatre, a gem of Scottish theatre heritage in the heart of the country’s capital. Thanks to the generosity of National Lottery players, this historic venue will now be opened up to the wider community.

“This project will not only be good for Scotland and Edinburgh, but will be an anchor venue for the Edinburgh International Festival. Improved access will benefit local residents as will the introduction of a daytime offer, establishing the theatre as a thriving community asset.”

Fiona Gibson, CEO of Capital Theatres said: “We’re thrilled to have received the second stage of funding from the National Lottery Heritage Fund which will contribute significantly to the delivery of the King’s Capital Redevelopment. This award demonstrates the faith NLHF has in our vision to make the King’s Theatre a thriving community hub by day, as well as a world class performance venue by night. This funding will allow us to be a catalyst for change, making connections with the people of Tollcross and greater Edinburgh, whilst telling the story of the social and cultural heritage of the King’s right inside our own community. We will protect, enhance and safeguard this beautiful historic building, ensuring it’s a local asset for generations to come.  We’ll also improve access, not only to the theatre itself, but to its history. At the heart of this history are the people, from stars of the stage to local supporters, all of whom have made it such a lively venue and continue to do so.”

Grant Stott, King’s Theatre Ambassador and star of the legendary King’s Panto said: “I’ve been coming to the King’s since I was wee and have also had the very great privilege of appearing on its stage. I’m delighted that the NLHF have recognised the importance of the building in Edinburgh and Scotland’s cultural life and their funding will ensure it keeps that special status. You only had to listen to the audience reaction at the end of the panto this Christmas to know how much local people love the King’s, so it’s fitting that their stories will be told as part of the redevelopment process. This funding is a real boost and added to our public fundraising efforts will take us closer to our magic total needed for the transformation.”

The City of Edinburgh Council’s Culture and Communities Convener, Donald Wilson said: “The King’s has been a cherished Edinburgh theatre for over a century, showcasing the best in touring drama, talented community and non-professional groups and of course the best in pantomime, as well as bringing all kinds of theatre experiences to the city from all over the country. The grant is fantastic news and will go some way in supporting the redevelopment ambitions and future of the ‘Grand Old Lady of Leven Street’.”

£23.8 million of the £25 million capital spend to transform the King’s is already in place. This comprises grants and donations from the Scottish Government (£6.5m), The City of Edinburgh Council (£4m), and another £2.2m raised from supportive patrons and donors, companies and trusts.

In addition, Capital Theatres will contribute £4.4 million and can call upon a further £5 million in prudential borrowing.

This leaves a project shortfall still to be raised of £1.2 million or 5% of the overall capital project cost.

You can donate to the King’s Future Fund here.