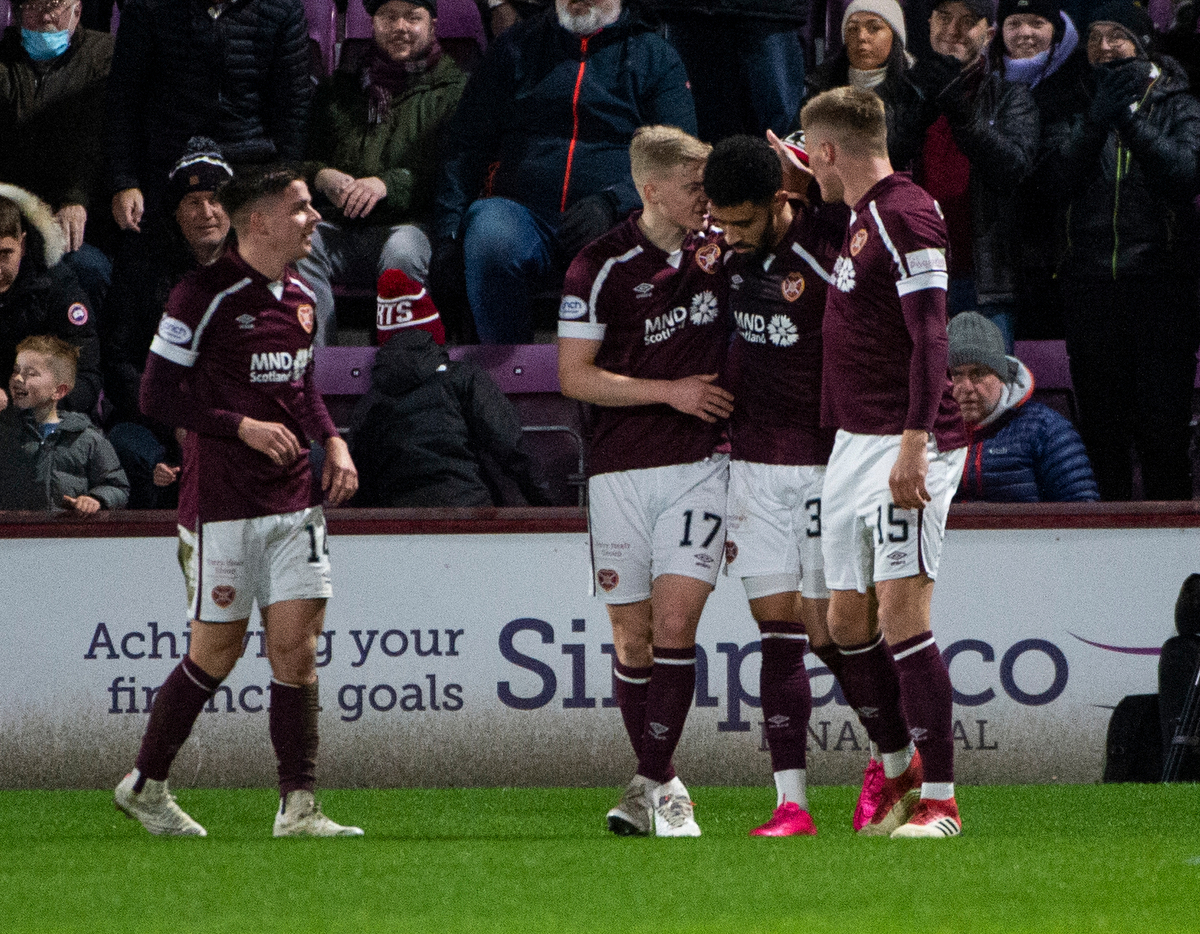 It will be ten months this weekend since Hearts suffered arguably the worst result in their history against Brora Rangers.

Now though, Hearts are a completely different side and will travel to Auchinleck Talbot on Saturday in the hope of starting a journey that will see them go one better than when falling to Celtic in the final in both 2019 and 2020.

Liam Boyce was only fit enough for the bench during Tuesday night’s victory over St Johnstone, but Neilson confirmed the striker is in contention to start on Saturday. There could also be a debut for full back Nathaniel Atkinson and a welcome return to the matchday squad for Beni Baningime.

“Liam Boyce is back in full training and will be available for the weekend,” Neilson said.

“Ben Woodburn is still out with covid and Baningime is in training. He’s not ready to start but we’re hoping he’ll be on the bench.

“Atkinson trained again today and he’s available. It’s just a decision on whether we put him in or not. We just need to be careful because he hasn’t played for a long time.”

The Hearts’ boss was in attendance last weekend as Talbot played hosts to Irvine Meadow, and after watching the Junior side, he knows Hearts will need to be ready for the occasion.

“It’s just a different atmosphere. When I went down there last Saturday I thought it was a really good atmosphere. It’s quite close to the pitch but Tynecastle is probably one of the most intense atmospheres you can play in.

“So, for us, I’d rather go to a ground like that than one where there’s fifty people there. It’ll be a good proper cup atmosphere and hopefully we can show our quality.”

When asked about the embarrassment in last year’s competition, Neilson said: “I think we’ve got a totally different team now. There are very few players who played that night who are still here.

“We go in with a different group of players. For me, we go into a cup competition, we’re a club that should be winning cups and to do that we have to get through these early stages.

“We know cup football is like that. You see in England last week a lot of upsets and this weekend there will be upsets too. It’s part of the romance of the cup and we have to make sure we’re ready for it. It’s a different environment to what we’re used to but it’s one we look forward to. Going down there will be great, there’ll be 4,000 fans there, good atmosphere and it should be a big game.”

Neilson confirmed that the Hearts fans making the journey on Saturday can expect to see a full-strength Hearts side take to the field.

“We don’t have a big enough squad to rotate too much,” he explained.

“We’ve got a couple of injuries, couple of covid’s, but we have to be professional and respect Auchinleck and we go down there to put in a professional performance.

“We’ll go full strength. We’ve got seven games in 22 days. We’ve spoken to the boys about how every game is just as important as the next one so it’s important we go into these matches at it right from the start.”

Hearts haven’t lifted the cup since they defeated their rivals 5-1 in 2012, they began that campaign with a 1-0 victory over Saturday’s opponents and although Neilson would prefer a more comfortable scoreline this weekend, he acknowledges getting into the next round is the most important thing.

“The Scottish Cup is about beating whoever is in front of you. You have to win the next game then see who you get in the hat. You can start off against teams and you can struggle in some games, but nobody cares until you get to that final.

“For us it’s about who’s in front of us in the first round of the cup, make sure you get a result and move onto the next one.”