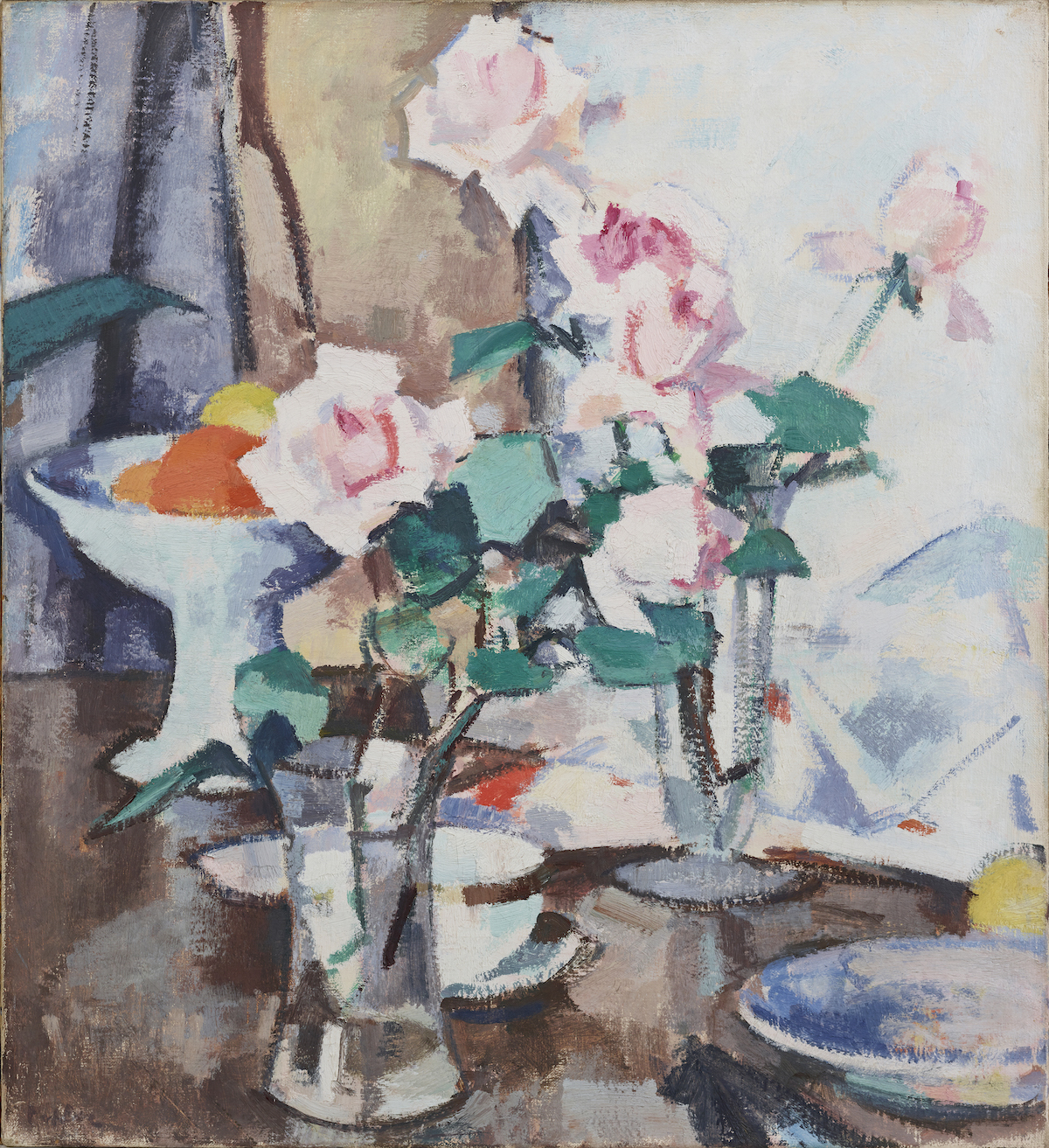 Some of Samuel Peploe’s most important paintings and the first by acclaimed painter Joan Eardley will be auctioned on Thursday in a live online auction.

It is the 150th anniversary of Samuel Peploe’s birth and several events have been held including an exhibition of his paintings in the company’s Glasgow gallery. Five of the paintings shown will be sold on Thursday. Alice Strang, Senior Specialist gave a talk about the artist and his fellow Scottish Colourists at the beginning of the month.

The five paintings to be offered at auction on 9 December chart the painter’s artistic and stylistic progress during the most active years of his illustrious career from when he made his name in Edinburgh at the start of the twentieth-century, to when he rose to international stature in the 1920s.

Painted in 1921 at the height of his artistic powers, the still life was part of the collection of Glasgow shipowner, Major Ion R, Harrison, one of Peploe’s most significant patrons.

The auction, which consists of two parts to be held in the afternoon and evening, also features works by leading Scottish artists, past and present, and includes several paintings by Peploe’s fellow Scottish Colourists, F.C.B. Cadell, G.L Hunter and J.D. Fergusson.

Fergusson and Peploe, who met in Edinburgh in the early 1900s, lived and worked together in France at various times leading up to the start of the First World War. They were at the heart of Paris’ bohemian art scene between1910 and 1912, mingling with the likes of Picasso and other key cultural figures of the time.

The Fergusson artworks being offered at auction include Study No.6, one of a series of extraordinary images of women he created in Paris during 1910-1913. This remarkable oil painting is estimated to fetch between £80,000 to £120,000.

A stand-out work in the sale is one of Cadell’s famous paintings of the Inner Hebridean island of Iona. The view of St Columba’s Bay, Iona is estimated at £80,000 to £120,000.

Five works by Joan Eardley are included in the sale including Canal Bank which is thought to be the first that she ever sold. Documented evidence on the back of the painting includes a letter from her first biographer, William Buchanan, written in 1964 (a year after Eardley’s death), stating the work was one of two bought for cash in 1948 by a Glasgow art dealer directly from the artist at the Glasgow School of Art.

Nick Curnow, Head of Fine Art with Lyon & Turnbull said: “Roses and Fruit is a superlative painting by Peploe, a work that reveals a triumphant conclusion to his years of experience in Edinburgh and Paris.An exceptional painting to leadan outstanding selection of his work.

“Our bi-annual Scottish Paintings & Sculpture sale is always one to look forward to. This season we are delighted to be offering such a broad range of Scottish art, spanning over three centuries, and are particularly excited about the celebration of S. J. Peploe’s work.

“2021 continues to be an exciting one for Lyon & Turnbull with spirited bidding coming from home and abroad. We anticipate once more a large international audience to round off a remarkable year.”

National Galleries of Scotland will have an international flavour in 2016