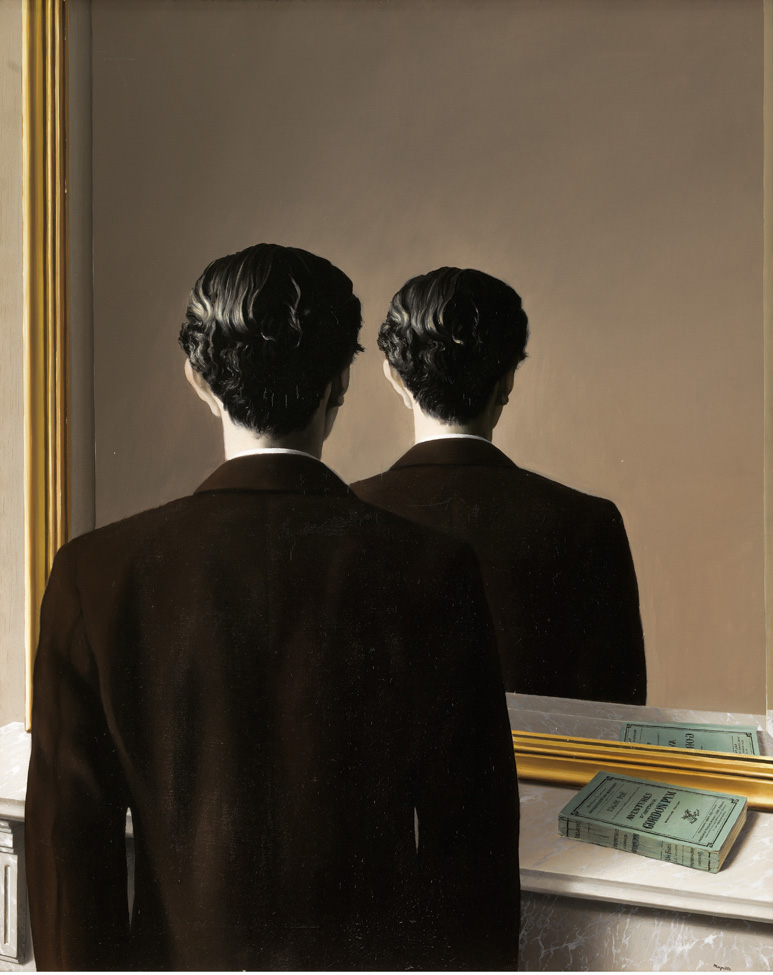 The work of a hugely influential forerunner of the Impressionists, 400 years of artists’ self-portraits, and the story of four legendary collections of Surrealist art are among the subjects to be explored in a programme of major exhibitions at the National Galleries of Scotland in 2016.
Next year has an international flavour at the National Galleries, with the three summer exhibitions all being organised in collaboration with major European and American institutions, including the Van Gogh Museum in Amsterdam and the Hamburger Kunsthalle. Each of these exhibitions – Inspiring Impressionism: Daubigny, Monet, Van Gogh; Surreal Encounters; and Facing the World: Self-Portraits from Rembrandt to Ai Weiwei – will have its only UK showing in Edinburgh.

Among the other highlights of the programme, and closer to home, autumn 2016 will see the opening of a fascinating new exhibition which explores the working methods of Joan Eardley, one of Scotland’s greatest twentieth century artists, by drawing upon a remarkable and largely unknown archive of her drawings and photographs.

Surreal Encounters, which will be at the Scottish National Gallery of Modern Art between 4 June and 11 September, will bring together some of the finest Dada and Surrealist works in the world, while telling the story of four remarkable collections, put together with passion and discrimination by Edward James (1907-84), Roland Penrose (1900-84), Gabrielle Keiller (1908-95) and Ulla and Heiner Pietzsch.

The first two, now largely dispersed, were built up in the 1930s and many of the works were acquired directly from the artists, with whom both men were on close terms. James was an important supporter of Salvador Dalí and René Magritte in particular, while Penrose was first introduced to Surrealism through a friendship with Max Ernst. These seminal collections also included masterpieces by Joan Miró, Giorgio de Chirico, Dorothea Tanning, Paul Delvaux, Leonora Carrington, Yves Tanguy and Man Ray. Many significant works from the James collection that will be on show are now in the Museum Boijmans Van Beuningen, Rotterdam, including Dalí’s famous Mae West Lips Sofa (1938) and Magritte’s La reproduction interdite (1937), in which James himself appears.

The Keiller and Pietzsch collections were built up after 1960. Gabrielle Keiller devoted herself to collecting Dada and Surrealism following a visit to the Venice home of the celebrated American art lover Peggy Guggenheim, which proved to be a pivotal moment in her life. She not only acquired key works by Alberto Giacometti, Kurt Schwitters, Magritte, Ernst and Marcel Duchamp but was also passionate about the literary aspect of Surrealism, putting together a magnificent library and archive, full of rare books and manuscripts. Ulla and Heiner Pietzsch, who still live in Berlin, have acquired works from a broad range of sources in their quest to build up an historically balanced collection of high-quality surrealist art. They include many outstanding paintings by Francis Picabia, Pablo Picasso, André Masson, Leonor Fini, Ernst, Tanguy, Magritte and Miró; sculptures by Hans Arp and Hans Bellmer; and works by André Breton, the leader of the Surrealists.

Surreal Encounters will examine the different impulses behind these four extraordinary collections and, by showing them together, will be able to present a fuller and richer picture of the surrealist movement as a whole. The exhibition is jointly organised by the SNGMA, the Museum Boijmans Van Beuningen, and the Hamburger Kunsthalle. It will be shown in Hamburg and Rotterdam after Edinburgh.

Inspiring Impressionism, will be the first large-scale exhibition to examine the relationship between Charles François Daubigny (1817-1878) and the generation of painters that followed him, including Claude Monet (1840–1926), Camille Pissarro (1830-1930) and Vincent van Gogh (1853-80). Daubigny was prolific, successful and played a major role in making the landscape a major subject for painting in France in the nineteenth-century. The exhibition, which will be at the Scottish National Gallery from 25 June to 2 October, will demonstrate how this now relatively overlooked artist anticipated and influenced many of the practices associated with Impressionism – routinely painting outdoors, adopting new compositional schemes, and developing a radically ‘unfinished’ style and a brighter palette.

In his later years, Daubigny explored a more subjective interpretation of nature in his sunsets and nocturnes, inspiring not only Monet, but Vincent van Gogh, who spent the last two months of his life close to Daubigny’s home and studio at Auvers-sur-Oise.

Inspiring Impressionism is a collaboration between the Scottish National Gallery, the Taft Museum of Art in Cincinnati, USA, and the Van Gogh Museum in Amsterdam, and will bring together around 95 works from around the world. The exhibition will create a series of fascinating and often surprising juxtapositions between works by Daubigny, Monet, Pissarro, Van Gogh and others, highlighting the interactions and mutual influence between the older artist his younger colleagues.

Facing the World: Self-Portraits from Rembrandt to Ai Weiwei at the Scottish National Portrait Gallery will explore the intense fascination with which artists have turned their gaze upon themselves, and will offer a very rich survey of self-portraiture from the sixteenth century to the present day.

Facing the World will highlight the outstanding strengths of three great European collections, those of the Staatliche Kunsthalle, in Karlsruhe, Germany, the Musée des Beaux-Arts, Lyon, in France, and the National Galleries of Scotland. It will feature an astonishing selection of over 140 works, spanning six centuries, in a wide range of media, including drawings, prints, paintings, photographs, video and social media.

Highlights will include one of Rembrandt’s most memorable self-portraits, painted at the age of 51, and stunning works by Simon Vouet, Allan Ramsay, Hyacinthe Rigaud, David Wilkie, Gustave Courbet, Edvard Munch, Paul Klee, Andy Warhol, Marina Abramovic, Douglas Gordon, Sarah Lucas and Annie Lennox. It will also bring together many superb works unfamiliar to British audiences, including self-portraits by the Italian Futurist Gino Severini, and the German Expressionist Ernst Ludwig Kirchner. In an age when issues of identity and questions about how we present ourselves to the world are being widely addressed this ambitious international project will prove thought-provoking and inspiring. Facing the World will also feature interactive installations which will allow visitors to make portraits of themselves, and so contribute to a vibrant composite digital self-portrait of those who have taken part.

Joan Eardley’s career lasted barely fifteen years: she died in 1963, aged just 43. During that time she concentrated on two very different themes: the extraordinarily candid paintings of children in the Townhead area of Glasgow; and paintings of the fishing village of Catterline, just south of Aberdeen, with its leaden skies and wild sea. These two contrasting strands will be the focus of this exhibition, which will look in detail at Eardley’s working process. It will draw on a remarkable archive of sketches and photographs which remains largely unknown and unpublished.

Eardley made literally thousands of working drawings, some of them slight sketches, while others are resolved pastel drawings, sometimes done on sheets of sandpaper. She also made hundreds of photographs, mainly of children playing in the street outside her studio, and commissioned a friend, Audrey Walker, to make photographs of specific sites, to aid her in her work. Precisely because she was an amateur photographer, and was seeking natural movement rather than staged poses or pin-sharp detail, Eardley’s photographs have a haunting quality: childhood and poverty are explored in a manner which is factual rather than sentimental.

The Catterline paintings likewise develop from rough pastel sketches, many of them never previously exhibited. Many of these unpublished sketches and photographs come from a remarkable archive, donated to the Scottish National Gallery of Modern Art by Eardley’s sister, Pat Black, in 1984. Fragile testaments to Eardley’s working procedure, they will be specially conserved and presented for this exhibition, where they will be seen for the first time. The exhibition, which will open at the Scottish National Gallery of Modern Art on 3 December, will also feature many loans from public and private collections, allowing the viewer to trace specific developments between the photographs, the drawings and the finished paintings.

For full details of the exhibition programme at the National Galleries of Scotland, please click the following link.