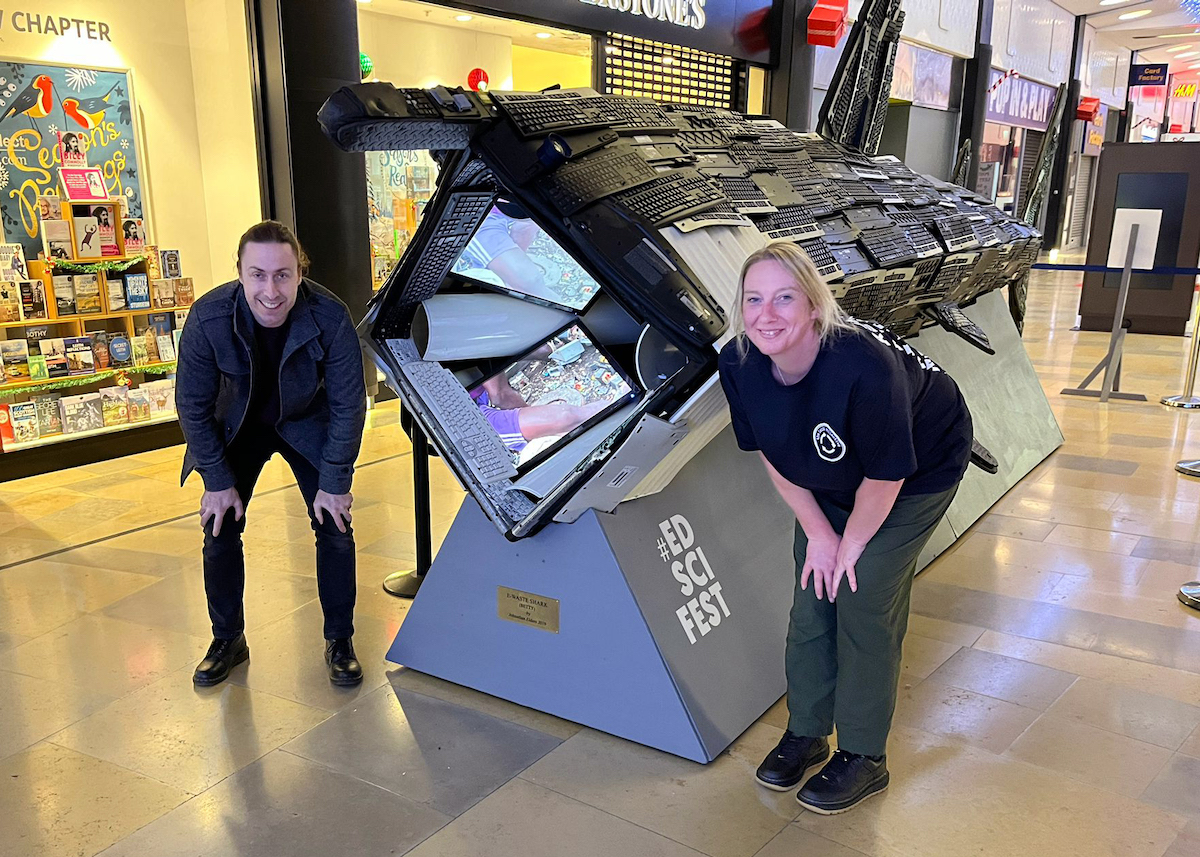 Betty the basking shark has moved into Ocean Terminal spreading a message of what can be done with electronic waste.

Johnathan Elders created Betty, a life-sized basking shark using a range of second hand electrical devices. There are more than 200 keyboards and water cooler panels all saved from landfill along with two projector lenses and TV screens. These display a hard-hitting film about the true impact of electronic waste.

The sculpture was on display previously at the National Museum of Scotland but Sara Thomson of The Leith Collective secured Betty a home at Ocean Terminal to continue to drive the message home.

Originally created as a response to calls from Edinburgh Science Festival, Elders had a clear vision of what the art would achieve. He was keen that it would demand attention and that it would be too big to be missed. It also needs to be engaging allowing people to interact with it and touch it. The piece also has to be accessible to anyone of any height or level of mobility – and finally it has to be educational about the e-waste problem in Scotland.

Elders said: “I chose the basking shark, native to Scotland, as I encountered one as a child whilst on a boat trip to Bass Rock in North Berwick. This moment had a huge impact on me, and it has stayed with me ever since.

“I didn’t want to be subtle. As a nation, we have so much to be proud of – like these magnificent creatures – but we also have a massive problem that we’re just not doing enough to address. Like producing such vast quantities of e-waste.

“As the footage shows, much of this waste is shipped away to other parts of the world so that we can forget about it. But that needs to stop.

“Betty is the name of a lovely local lady – a total character who knows everybody. She lives overlooking Newhaven Harbour but won’t go anywhere near it because she is scared of the sea. Hence the reason I called the shark Betty, because like the real-life Betty, this shark will never go to the sea!”