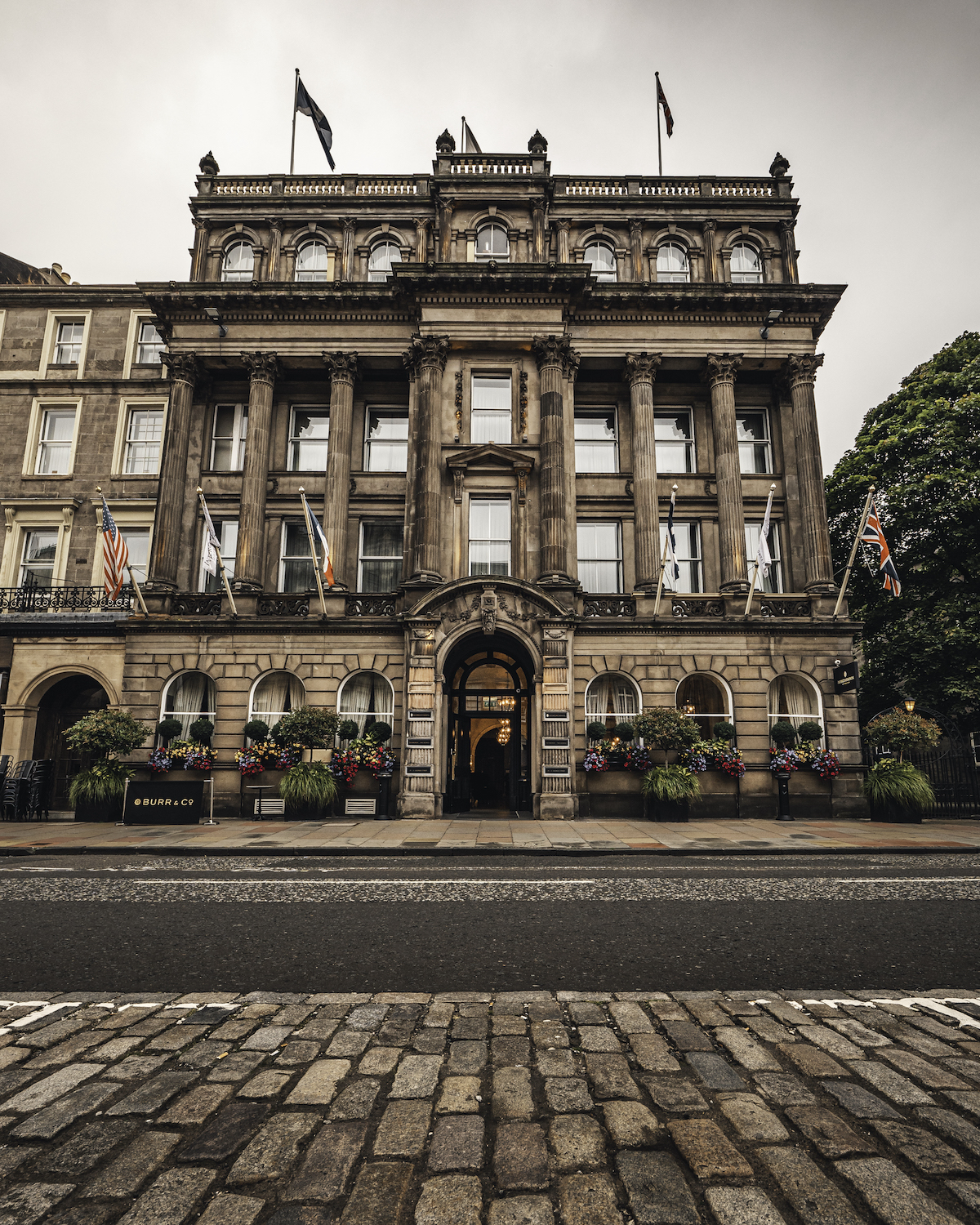 InterContinental Edinburgh The George has commissioned historians from the University of Edinburgh to explore the hidden stories behind the building and the local area.

The tour is part of InterContinental Hotels & Resorts 75th anniversary celebrations, in which the world’s largest luxury hotel brand marks special moments that have taken place within the walls of its hotels across the world and looks forward to continuing its journey of innovation in the luxury travel space.

To share these stories, InterContinental Edinburgh The George has partnered with VoiceMap todevelop an exclusive audio walking tour guide for guests and visitors to the city. Developed andnarrated by Dr Esther Mijers and Professor Ewen Cameron, historians from the University ofEdinburgh, the tour unlocks Edinburgh’s hidden history, showcasing the lesser-known stories of city.

Starting at the hotel, the audio tour tells the lesser known stories behind it. During the 19th Century the hotel was a collection of five prestigious townhouses and home to the well-known Ferrier family, who have a historical connection to Scotland’s literature scene.

Sir Walter Scott and Robert Burns were frequent guests, while their daughter and novelist, Susan Ferrier – commonly referred to as ‘Scotland’s Jane Austen’ – was somewhat of an unsung hero in Scottish literature.

Kieran Quinn, Hotel General Manager said: “It is hugely exciting to be launching our own unique Hidden Histories walking tour in collaboration with the University of Edinburgh. Forming part of our celebration of 75 years of InterContinental Hotels & Resorts, it is a brilliant way to indulge in the nostalgia of the city and the perfect activity for our guests and likeminded explorers while staying here in Edinburgh.
“This walking tour is a celebration of the rich heritage within the city of Edinburgh, our iconic hotel and the exclusive experiences we can offer to our guests both from the UK and across the globe.”

Professor Ewen Cameron, The University of Edinburgh said: “It has been brilliant to have been involved in developing this audio walking tour for the guests of InterContinental Edinburgh The George. It is important that we continue to highlight and tell the stories that lie hidden within the walls of the city of Edinburgh, and this walking tour does just that.”

Guests at the hotel will be able to enjoy the walking tour, by booking the Hidden Histories package, inclusive of a luxurious picnic hamper, or by obtaining a voucher code from the hotel concierge team.

As part of the celebration of its history and heritage and the brand’s 75th Anniversary InterContinental Edinburgh The George will also be serving up the limited-edition InterContinental75 cocktail.

InterContinental Hotels & Resorts have reimagined the well-loved classic, French 75 to celebrate this milestone year, with partners Piper-Heidsieck Champagne and the artisanal handcrafted Botanist Islay Dry Gin, distilled on the Scottish Isle of Islay.