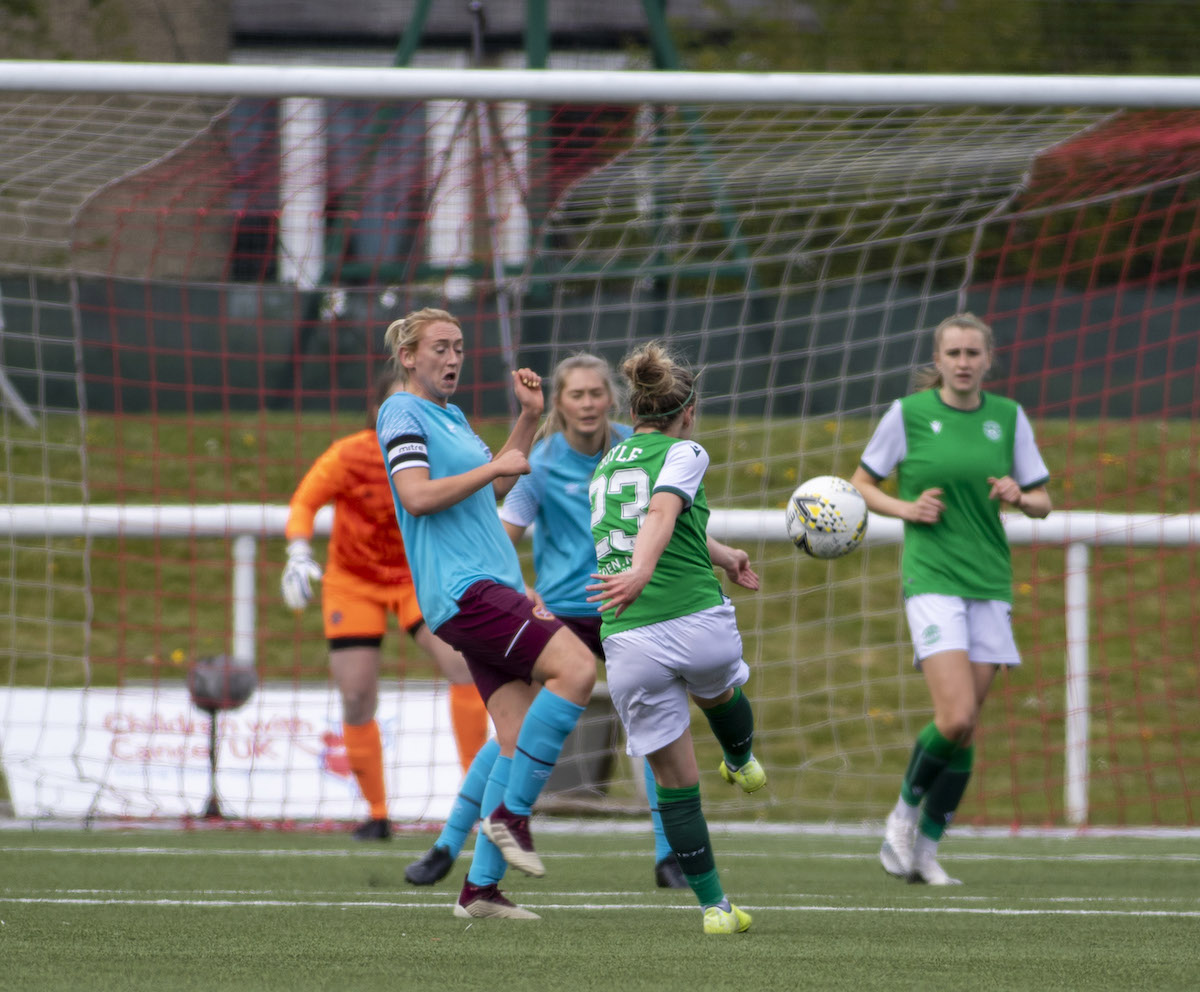 Two Edinburgh sides – Hibernian and Spartans – are through to the semi-final of the SWPL Cup. Hibs will hope to make it five in a row, having won the past four SWPL Cups (there was no 2020 edition due to the pandemic).

Spartans have finished runners up five times, most recently in 2013, having won the competition in 2007 under their previous name Edinburgh.

Rachel Boyle scored twice for Hibs in their 2-0 win over Aberdeen to send them to the next stage of the competition. Boyle’s first goal came in the 17th minute, as she coolly finished past the Aberdeen keeper. Her second was twenty minutes later as she ran through on goal, her initial strike was saved and the chance appeared to have been wasted, but the rebound fell back to the Scotland international and she made no mistake the second time round.

Hibs North Edinburgh rivals Spartans played at home against SWPL 2 side Dundee United, a game in which they were considered strong favourites. Despite some early pressure from United, Rosie McQuillan’s 21st minute shot hit the underside of the crossbar and bounced over the line to make it 1-0 to the home side. Spartans scored another from outside the box, with Katie Frew converting to double the Edinburgh side’s lead before half-time. Late in the second half Smart scored from a corner to make it 3-0, the icing on the cake of what was a dominant display.

Spartans are away to last season’s runners-up and league champions Glasgow City in the semi-final, while Hibs have drawn Celtic away. Both games will take place on Sunday 14 November. Wins from both Edinburgh sides would set up an exciting all-Edinburgh final.