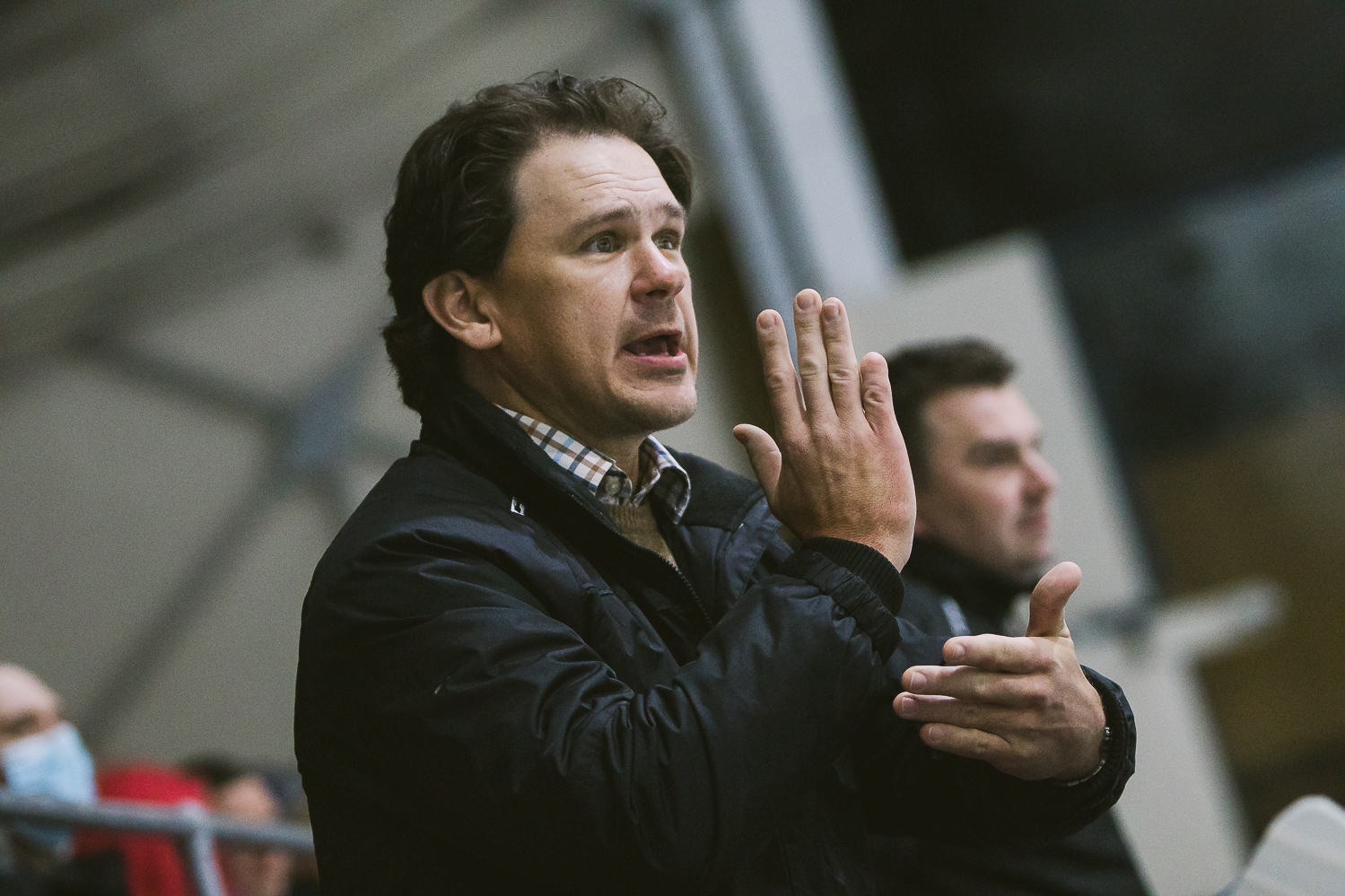 Fife Flyers will square-up to Sheffield Steelers in the quarter-final of the Challenge Cup while Dundee Stars face Cardiff Devils.

The games will be played as an aggregate-scoring home and away series and the dates will be published in due course.

Sheffield and Cardiff plus Belfast and Guildford have the option of home advantage in the second-leg.

Meanwhile, Fife Flyers claimed a full-point weekend in the Premier Sports Elite League when they edged Nottingham Panthers 4-2 in the Lace City, a result appreciated by coach Todd Dutiaume (pictured).

Craig Peacock netted in three minutes and Michael McNicholas made it 2-0 on the power play 11 minutes later.

Panthers levelled after 38 minutes but strikes from Jonas Emmerdahl three minutes into the final session and an empty net goal from Carson Stadnyk in the final minute secured the win.

Jacob Benson claimed a double and Michael McNicholas scored an empty net goal 11 seconds from time to secure the win after frantic Flames gambled by withdrawing their netminder.

Glasgow Clan, playing their first game at home for 21 months, were taken to overtime by Coventry Blaze, Mathieu Roy putting the home side ahead before the Midlands side moved 2-1 ahead.

Mitch Jones, on his debut, levelled for Clan with 15 seconds left of the middle session taking the game into overtime and then penalty shots but David Clements broke home hearts the game-winner.

But they bounced back on Sunday to tame Manchester Storm 5-1 in The Storm Shelter with a double from Colin Campbell and singles from Mathieu Roy, Quinn O’Brien and Rodney Southam.

Dundee Stars snapped back into form with a 3-2 victory over Manchester Storm at The Dundee Ice Arena, Philippe Sanche netting a double and

Connor Sills the game-winner as the Tayside team came from 2-1 down to claim the points.

And they made the long trip to Belfast to slay Giants with goals from Charlie Combs, Connor Sills and Drydn Dow.