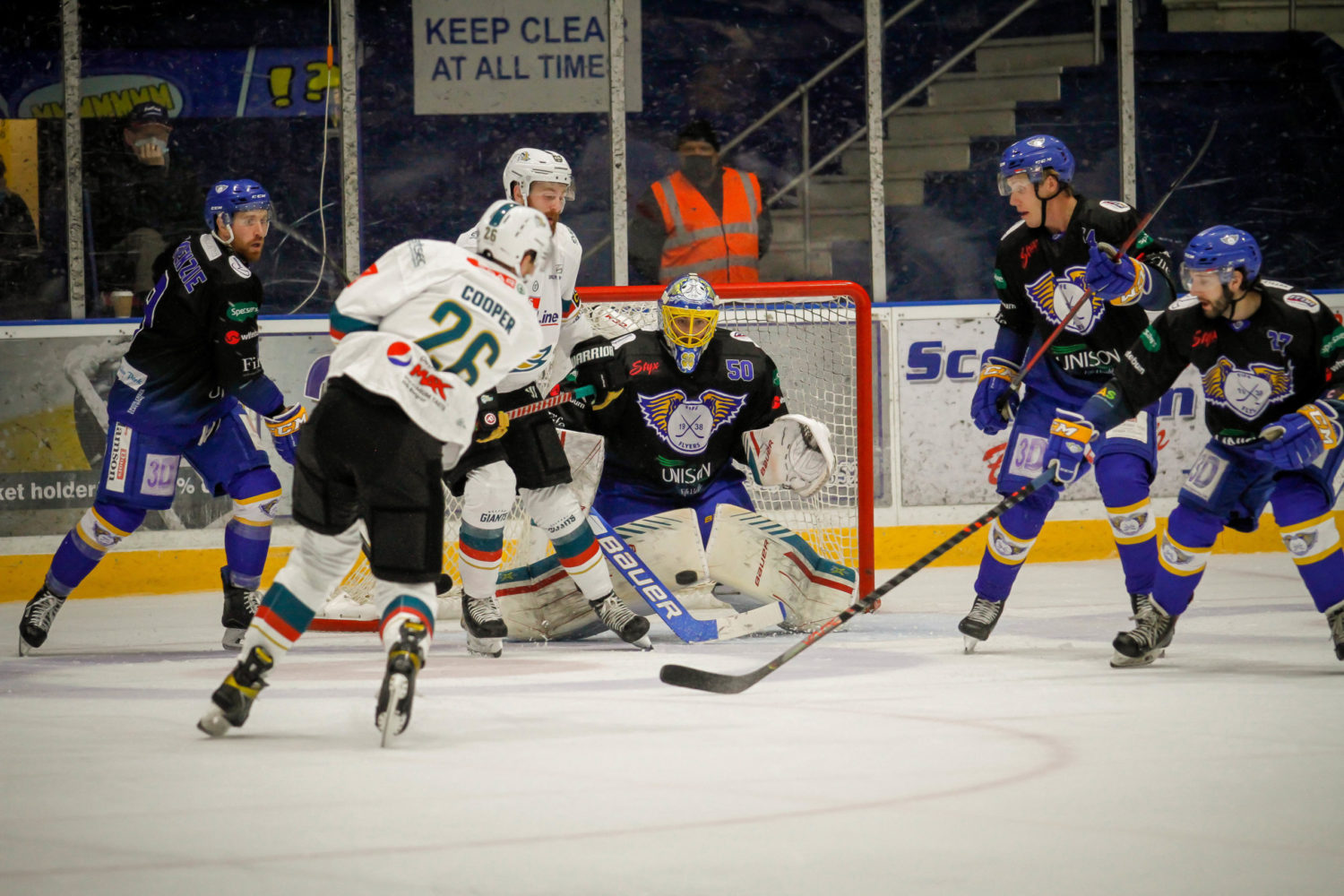 Cardiff Devils, one of the heavyweights in the ten-strong Elite League, visit Fife Flyers on Sunday (18.00) and the Kirkcaldy club could achieve an unprecedented third straight shutout if they succeed.

However, they must beware Devils’ razor-sharp sniper Brodie Reid who has netted nine goals in six games ahead of this weekend’s scheduled fixtures.

Reid is four ahead of Marc-Olivier Vallerand (Sheffield Steelers) and Tristan Frei (Guildford Flames) and the 31-year-old undoubtedly carries a major threat and could be a key to Devils maintaining their stranglehold on Fife who have lost their last six games against the men from the Principality. That, of course, includes a 5-1 defeat at the Viola Arena in Cardiff earlier this term.

Todd Dutiaume, Flyers’ coach, will remember the last time Fife beat Cardiff. It was almost two years ago when ex-Devils star Paul Crowder claimed a treble in a 5-1 win and that is the only defeat Devils have suffered in their last 11 meetings with Fife.

Dutiaume has been re-grouping after their 6-0 midweek defeat at Elite League leaders, Sheffield Steelers and Dutiaume said it was his job to prepare his men well for the tough tests which lie ahead.

It could have been a tougher weekend, however, had Glasgow Clan not postponed Fife’s visit to the West of Scotland on Saturday.

The coach said inconsistencies cost his men at The House of Steel as the league pace-setters rammed in six goals without reply.

And he desperately wants to eradicate them as soon as possible as Fife have slipped to second bottom of the ten-strong table with only two points from their six league starts.

Only Clan, who open their league campaign at Belfast Giants on Sunday, are below Fife but they have not played any games.

Dundee Stars are also on two points and in eighth position but they have played only five league games while Belfast have four points from the same number of games and occupy seventh spot.

After that there is a gap of three points to sixth-placed Manchester Storm with seven points from seven starts and Dutiaume does not want too big a gap to appear between his men and mid-table this early in the season.

He argued that mistakes happen during 60-minute games but it is how teams deal with them which matters.

Cardiff are fifth with seven points from six games having won three and lost two but they are on duty on Saturday night at home to fourth-placed Coventry Blaze (seven points from five games) before making the marathon bus trip north.

American forward Brandon McNally is set to make his return this weekend for Devils after missing the last 13 games. The 29-year-old, who played in Denmark and Sweden last season, injured his hand early in the clash with Guildford Flames in late-September but continued to play and scored the second goal in the game before the injury was properly assessed.

The Welsh club have enjoyed mixed fortunes of late, losing 3-0 to Nottingham Panthers in Wales last Saturday but winning 5-2 at Coventry’s SkyDome Arena on Sunday.

Fife can’t continue to rely on the heroics of netminder Shane Owen who has had his diving stop at Sheffield described as “incredible” and featured on the Elite League website.

Elsewhere, Glasgow Clan, have confirmed Canadian forward Dyson Stevenson as their captain while English forward Matt Haywood plus import defenceman Cody Sol and Mikko Vainonen will all be alternate captains.

Stevenson said. “It’s exciting to be recognised as a leader and it makes me play harder and want to put my teammates before myself even more.” He added: “If something needs to be said in the (dressing) room, I am not afraid to say it.”