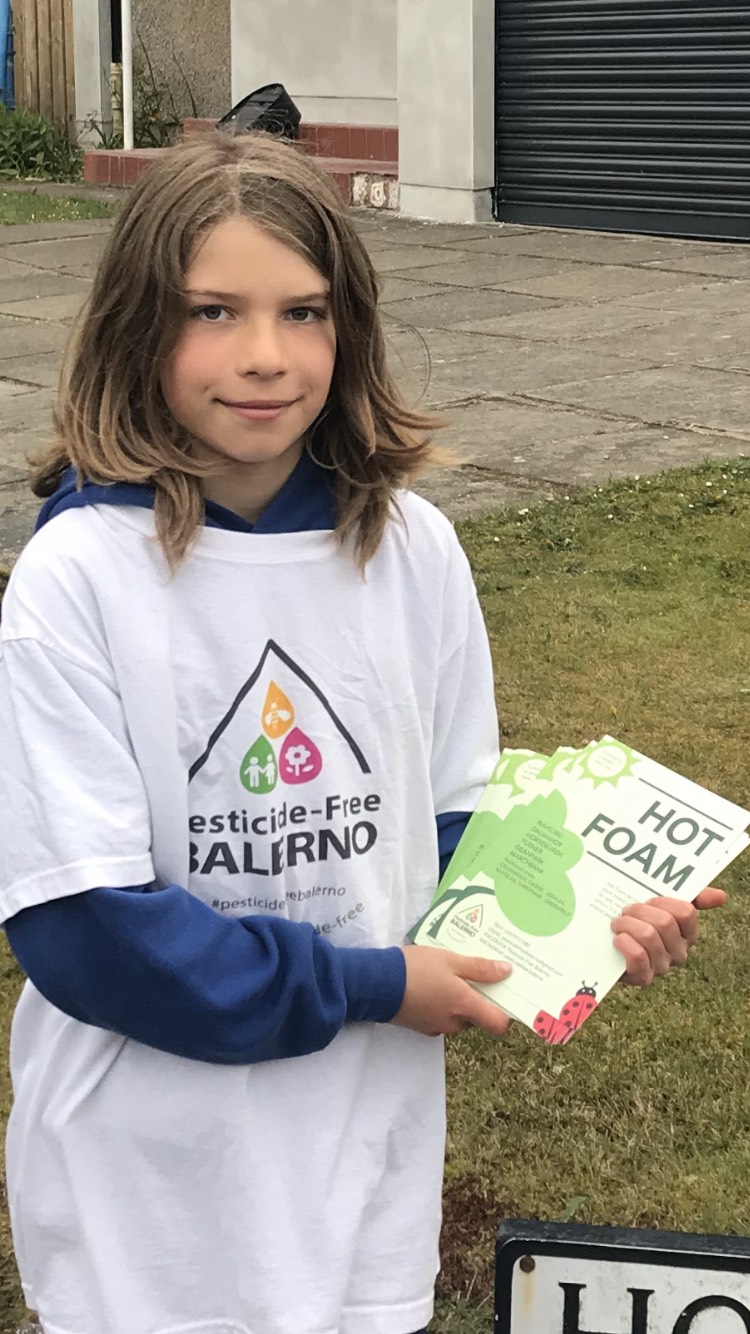 This article has been provided by Pesticide Free Balerno as part of our series of articles to be published in our COP26 special edition newspaper.. The UN conference on climate change was held in Glasgow from 31 October to 12 November 2021.

Pesticide Free Balerno does what it says – it aims to rid the area in the west of the city from pesticides which it believes are harmful. This is what they said:

The UN has 17 Sustainable Goals which must be addressed urgently in order to mitigate climate change, effect climate justice and restore a healthy environment.

Many of these UN goals are supported by having a Pesticide Free community :

3 Good Health and Well Being

In 2015 the World Health Organisation named Glyphosate, the main ingredient of most weed killers, as a ‘probable carcinogen’, linking it to many serious human and animal health issues . Concerned individuals in Balerno started petitioning for Balerno to become pesticide-free for weed control .

In 2020 Balerno became Pesticide Free , we launched our volunteer weeding group to manually remove the weeds on the streets and pavements  involving the whole community , keeping the harmful unnecessary chemicals out of Balerno to support health and well-being.

There is no life on earth that can survive without water , when we poison waterways we poison ourselves. The environment and its natural resources will determine the quality of our world.  It takes nature about 500years to build 1inch of top soil where plants derive their nutrients from and sequester carbon  Unique capabilities destroyed by products such as glyphosate .

One by one people are wakening up and realising the urgency of the crisis  we face recognising that we must focus on climate change , improving the soil and healing the earth arresting and even mitigating by sequestering carbon through the soil . We have individual and collective responsibly as well as the power to stop the use of glyphosate for weed control.

Pesticide free Balerno have a environmental weeding group to remove the weeds without using harmful chemicals which degrade our soil , contaminate our waterways and pollute our air . To knowingly continue to poison biodiversity and our planet  for future generations is not something to be proud of .

Climate change does and will impact younger generations lives much more prominently than many would like to admit. We at Pesticide Free Balerno hope that being able to spark a passion for protecting biodiversity and the environment with young generations, will open up conversation and instil confidence in their abilities for proactive change. Humans and especially large companies, such as the producers and even users of pesticides, are “helping” with natural degradation and climate change.

In 2020 Balerno became Pesticide Free and in the same year Over 80% of Balerno residents report seeing an increase of bees and butterflies and many other kinds of biodiversity.

The biodiversity crisis is a crucial component in climate change.

Ecosystem collapse threatens human existence. The catastrophic decline in insect numbers 80% drop in 30 years is almost certainly in a large part due to pesticide use. Biodiversity are fundamental to the planet. Mammals could disappear and little would change. Without invertebrates, all life is threatened.

After reading this we can all agree It can be overwhelming to see the negative effect that humans have on nature and not being able to make a big difference as an individual but we at Pesticide Free Balerno believe that focusing on what you CAN positively do , is the best place to start – by having a Pesticide Free community.