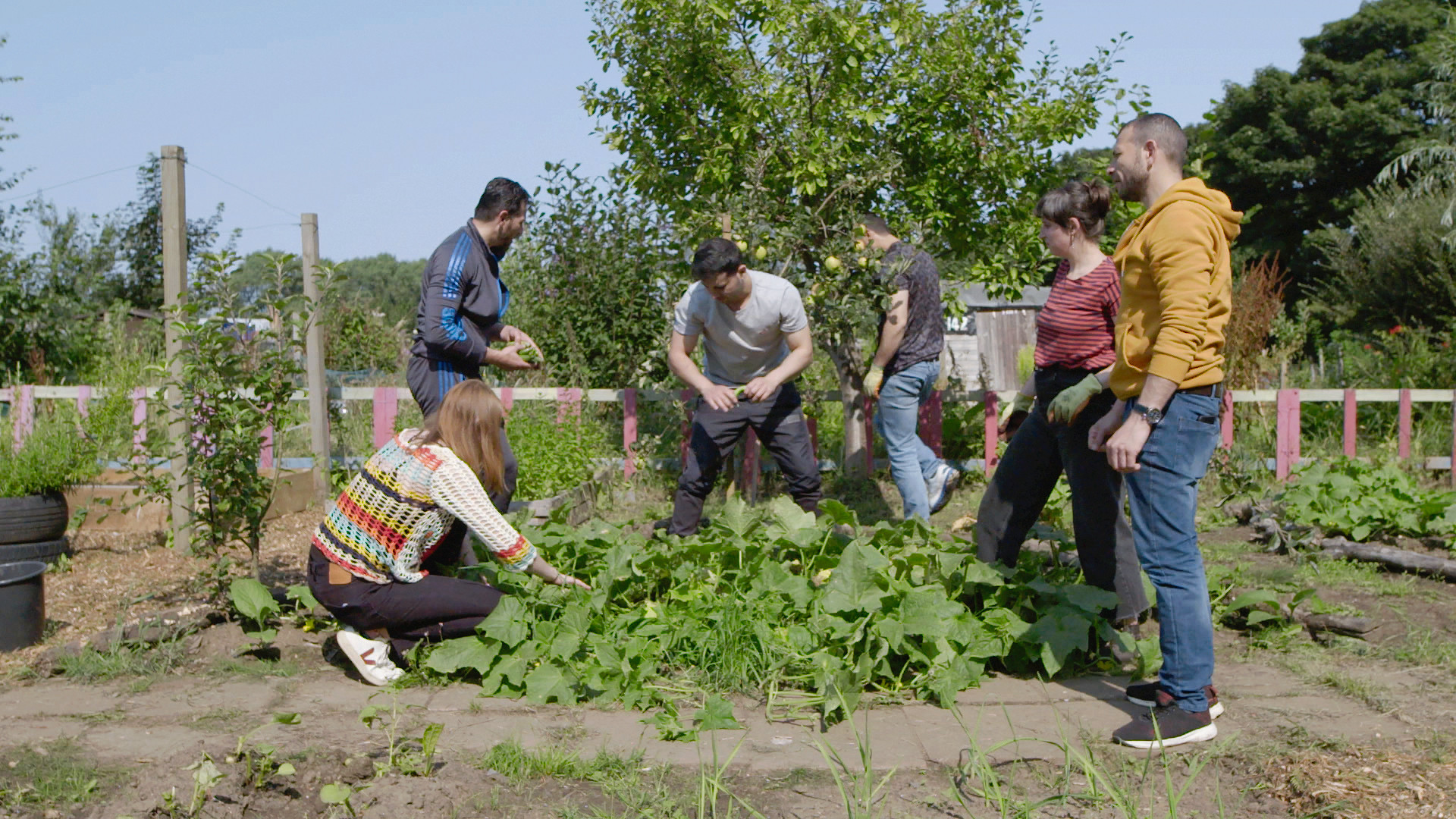 Edinburgh charity The Welcoming has won the Ashden Award for Green Communities.

The prize was announced at the COP26 climate summit in Glasgow, UK, at a ceremony attended by the President of Costa Rica Carlos Alvarado.

Through the Welcoming a Greener Future project, the charity supports New Scots to adopt positive behavioural changes for the climate, ensuring that tackling climate change is seen as key aspect of building new lives in Scotland.

Tesfu Gessesse, Director of The Welcoming said: “We are delighted to receive this prestigious award from Ashden for our contribution to addressing the climate crisis. Our climate action work supports transition to a fair and sustainable low-carbon society by providing advice, workshops and awareness on climate change, home energy savings, food sustainability and waste reduction, in a tailored and easy to understand manner.

“Often arriving directly from refugee camps, with limited financial resources and English language skills, our participants are entirely unfamiliar with local systems, such as home energy, recycling and food growing. The lack of information and language barriers directly affect their ability to settle comfortably and affordably in their new homes, and take an active role in reducing Scotland’s carbon emissions.

“Through our work, we aim to address these issues by offering opportunities for a positive, healthy and sustainable active lifestyle for New Scots in Scotland.”

More than 2,000 refugees and migrants have engaged with climate action through the project since 2015, including newly arrived Syrian refugee families. The project has generated an average of 107 tonnes of CO2e savings per year.

Over 100 volunteers have been involved in the project, giving an average of 200 hours of volunteering per year.

The Welcoming was among nine winners announced at the 2021 Ashden Awards ceremony on 4 November.

Winners were chosen from over 800 applicants for their work creating resilience, green economies – including jobs and training – and fairer societies.

The Ashden Awards were launched in 2001, and this year’s ceremony took place in the Green Zone at COP26. World leaders and international organisations are gathering in Glasgow from November 1 to 13 to agree a global plan for tackling the climate crisis.

Harriet Lamb, CEO of UK-based Ashden, said: “The Ashden Awards have showcased bold, brilliant and ground-breaking initiatives at COP26. Our winners show what is possible in the shift to a fairer low carbon future and should inspire world leaders to take decisive action to slash carbon emissions.

“The message to leaders at COP26 is clear – if they get behind such practical and proven climate solutions a zero-carbon world is within our reach.”

H.E. President of the Republic of Costa Rica Carlos Alvarado said: “All the nominees to the 2021 Ashden Awards have chosen to lead by example. In Costa Rica we share the conviction that sustainable development goes hand in hand with economic growth, as well as a deep commitment to decarbonisation and to promote nature-based solutions to the climate crisis and biodiversity loss challenges we face. For that, I do believe the great endeavour of our generation is to abolish fossil fuels.

“In this pivotal moment for the future of humankind we also need to highlight trailblazing, inspiring efforts to build a better, liveable world for current and future generations. That is what the Ashden Awards are about.”

Chiara Puppi, Welcoming a Greener Future Project Manager said: “We are very proud to have won the Ashden Award for Green Communities. This is a great recognition of our community commitment to climate action and sustainable living.”