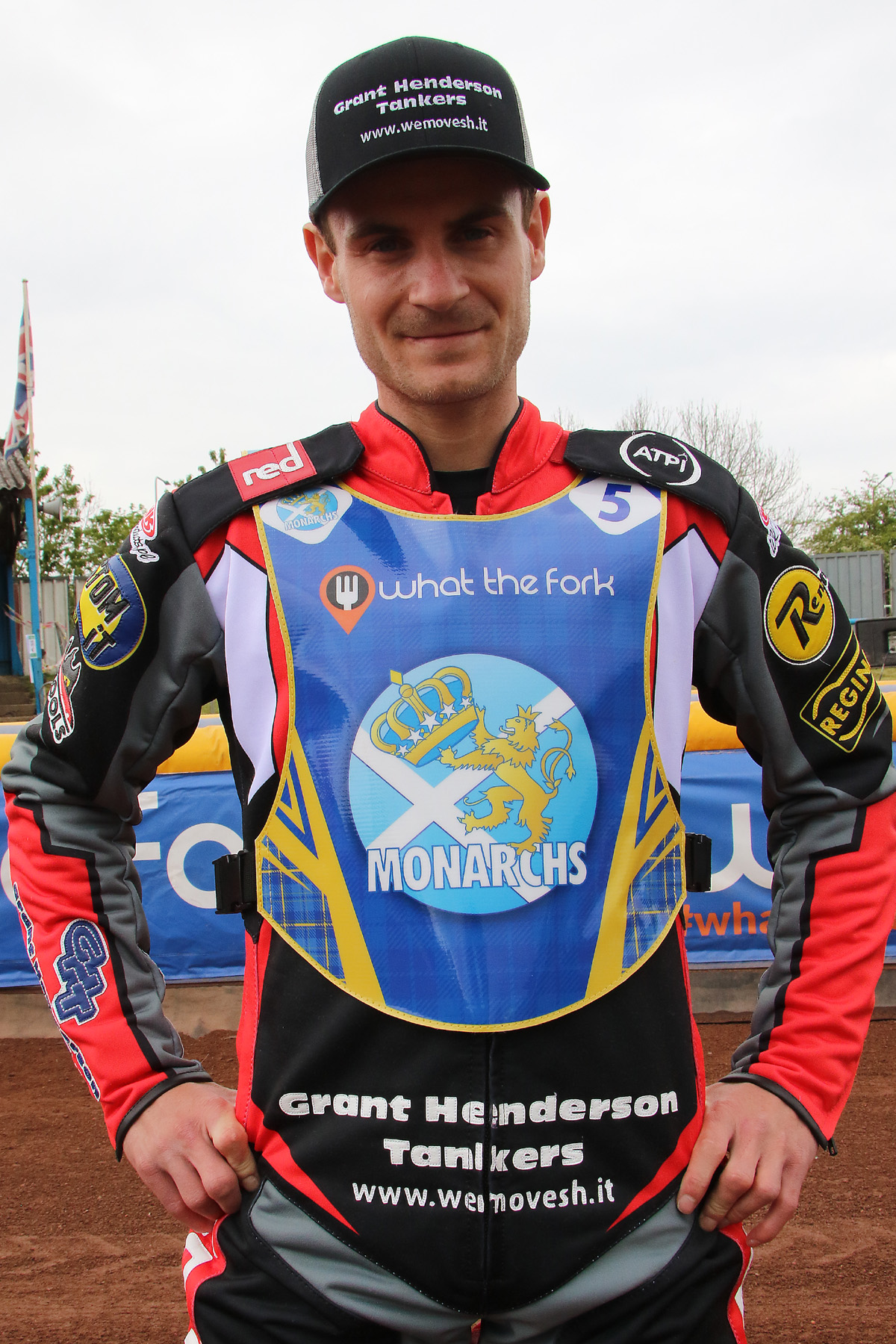 Monarchs, beaten 53-37 in the first-leg at Glasgow, were determined to claw that back and they did with the tense tie coming down to the final race.

A 5-1 in Heat Three provided an early spark and that was followed by another three races later and a third in Heat Nine for an on-the-night scoreline of 34-20 and an overall aggregate deficit of two at 71-73.

The next two heats were shared 3-3 and the tension mounted. So much so that Tigers’ Broc Nicol moved at the start and he was excluded.

Tigers bosses decided he should still be in the race but was handicapped by starting 15 yards behind the other three and Monarchs took the heat 5-1 to move ahead 82-80.

Heat 14 was shared leaving the tie to be decided on the final heat of the 30 with Masters and Worrall (pictured) doing the business to send the home fans wild with Cook third.

Worrall top scored with 13 points for the home side and the first-leg of the final at Poole could be on Wednesday with the return at Armadale next Friday.