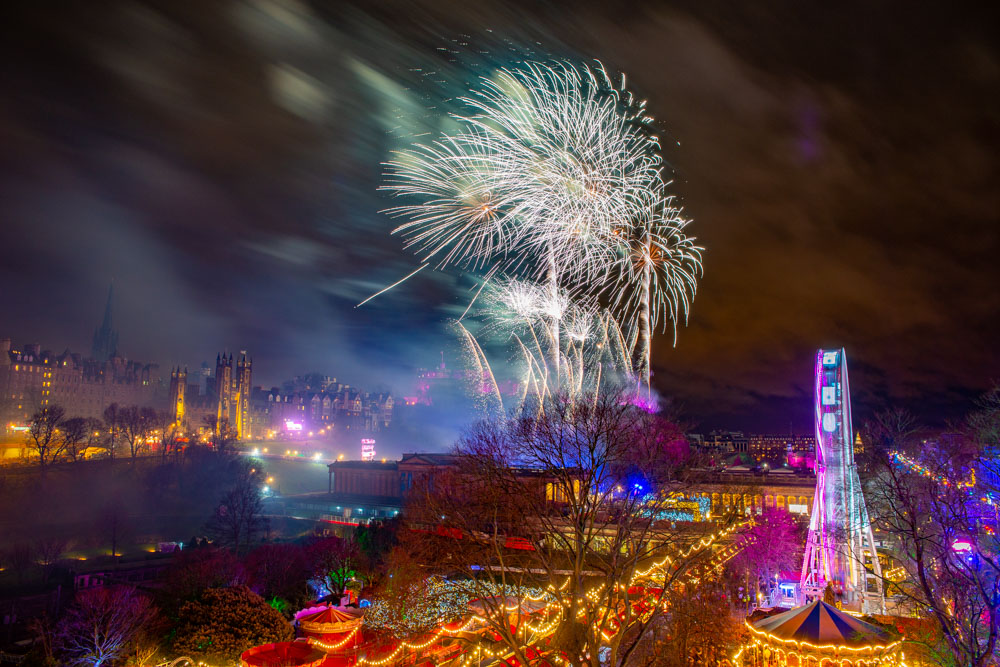 The City of Edinburgh Council has commissioned entertainment company, Underbelly, once more to help the city celebrate the end of the year.

After a gap last year when the celebrations of FareWell were held online only, this year Hogmanay will be celebrated on the streets in the city centre.

Tickets will go on sale on Tuesday 26 October at 10am for the four day festival which begins with the Scottish Music Programme at Greyfriars Kirk on 29 December, followed by the Torchlight Procession on 30 December 2021, the Party at the Bells on Hogmanay.

Audience numbers at Ross Bandstand have been cut to 3,500 to try and ensure a “safe and fun environment” in the context of Covid-19. The concert will however also be streamed to a series of screens on Princes Street.

The midnight moment with fireworks from Edinburgh Castle will usher in 2022.

From New Year’s Day Message from the Skies will take place combining the work of Scottish writers, musicians and artists. Details will be announced later.

Underbelly Co-Directors, Charlie Wood and Ed Bartlam, said: “The 2021 Edinburgh’s Hogmanay celebrations have been reimagined to offer a safe and a fantastic experience for Edinburgh and beyond – telling the world that “We Are Back Together”. Through the Torchlight Procession, Party at the Bells and the iconic fireworks, this year’s Hogmanay event has been designed to deliver a celebration for the people of Edinburgh and our visitors, and to place Scotland at the forefront of the world’s new year events. We can’t wait to help bring everyone back together again.”

Cllr Cammy Day, Depute Leader of City of Edinburgh Council said: “Edinburgh is the home of Hogmanay and it is fantastic that this year as we mark its 29th year, we see the return of in-person events and that celebrations will return to the streets of the Capital. There is an unmissable Hogmanay programme this year, which will support economic recovery across the wider city area, safely bring people back together and welcome in the new year with a renewed sense of optimism for great times ahead.”

In a commitment to sustainability Edinburgh’s Hogmanay tickets will include a donation to the environmental fund calculated according to means of transport and length of the journey to Edinburgh. Funds raised will create new Scottish woodlands in partnership with Forest Carbon.

Ticketholders for Torchlight Procession over the age of 18 will require a Covid passport.

Route will process from the Royal Mile between North Bridge and St Mary’s Street to Holyrood Park where slow burning candles will be lit to build up to an emerging image.The event will be spread out between 4pm and 9pm. Tickets with a torch are £15. Flames and light installations on the route from Celtic Fire Theatre company Pyroceltica and Double Take Productions.

Reduced audience numbers of 30,000. Acts will perform on the Ross Bandstand stage with details of all acts to be announced. Street theatre from Netherlands-based Close-Act Theatre.

Garden Access and Street Access tickets will be on sale from 10am on Tuesday 26 October with 7,500 tickets available at a discounted price for those with an EH postcode.