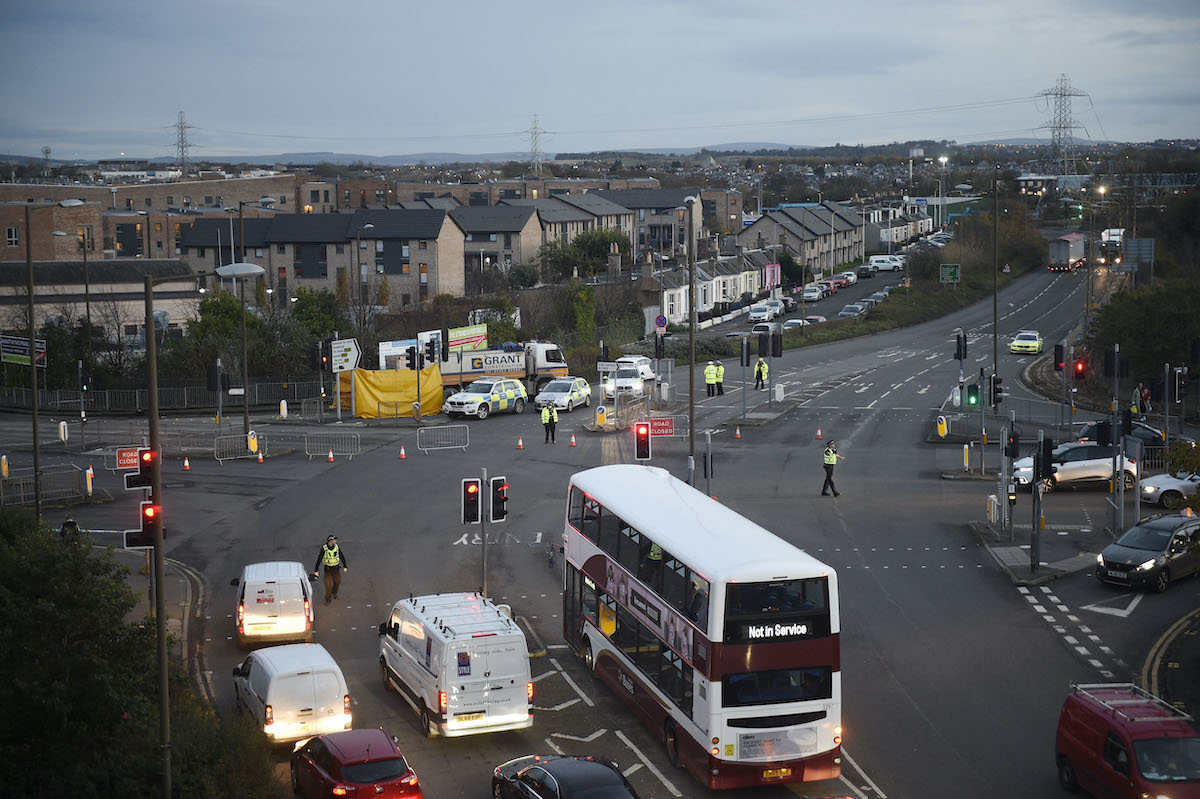 Two cyclists died in a two year period at the junction of Portobello High Street with Sir Harry Lauder Road and Inchview Terrace: Heather Stronach and Stuart Elliot. Both incidents involved a cyclist travelling straight through the junction and an HGV turning left in the slip lane.

The council has only today, almost a year after the most recent cyclist death, agreed the short term changes which are needed to make this junction safer for all road users, including cyclists.

Under Option 2a, one of five proposals from the council officers, the kerbside lead-in cycle lane and the two existing traffic lanes are retained.

Non-HGV traffic will be permitted to turn left by going around the front of the existing traffic island.

The Green group on the council’s transport committee lodged an amendment to the report to ensure that the short term measures are put in place as swiftly as possible and that the more substantive medium term measures are already being drafted. The amendment also demands that these are put in place within 18 months from the committee meeting, and that the council’s business bulletin includes updates on the road improvements at the junction.

The road traffic order process will probably take around 18 months to implement with consultations with stakeholders included in that.

There is a recognition that some HGV traffic will use alternative routes perhaps along Inchview Terrace, Moira Terrace, Northfield Broadway, Willowbrae Road, Milton Road West and Duddingston Crescent, but the option which will be implemented “achieves the best balance in the circumstances”.

The Conservative Group of Cllrs John McLellan, Iain Whyte and Stephanie Smith, opposed the moves under Option 2a which are also opposed by the Police who say that displaced HGV traffic will use routes impacting on school children walking or cycling to school.

The council will as part of the measures install road humps and speed limit signs on Northfield Broadway.

There were three deputations relating to this item of business – from Spokes Porty, Portobello Community Council and from Brightons and Rosefield Residents Association which are all reproduced below.

A safer alternative route being promoted – at least during daylight hours – is for cyclists to use Fishwives Causeway or Portobello Prom. The council is to improve the signage for that as part of this work.

As mentioned at other points during the committee meeting, The Scottish Government has been taking advice on how to reduce the procedures around traffic orders and shorten the timescale for introduction. Spokes reminded everyone on Twitter that as a campaigning group they have responded to a Government Consultation on Traffic Regulation Orders – see what they said about this here: