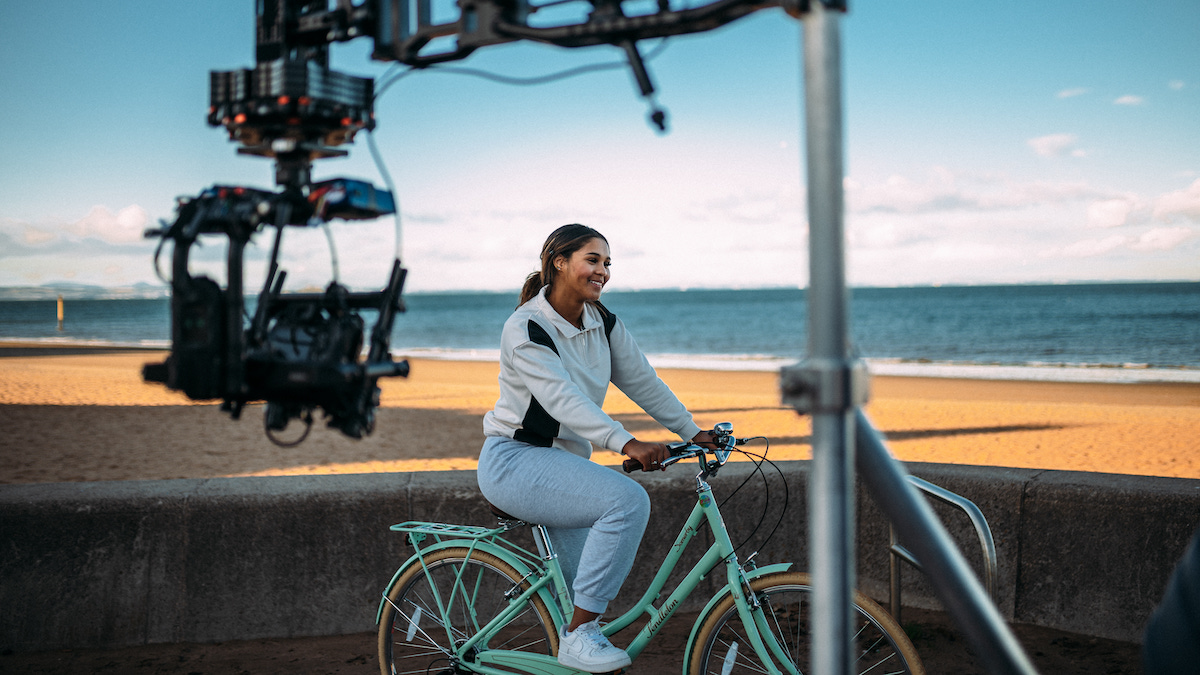 A nationwide campaign is launched on Thursday to encourage teenage girls across Scotland to cycle.

At present, according to research by only half as many secondary age girls ride their bikes to school as boys.

The #AndSheCycles campaign follows the success of a similar scheme in Ireland. It is being run by the walking and cycling charity Sustrans and is funded by Transport Scotland.

The campaign, which has been co-developed by a group of young women (age 13-18) across Scotland, empowers young female cycling ambassadors to work together to help more girls in their school, college or youth group to get on their bikes.

This includes the launch of the @and_she_cycles Instagram page, which will be run by the young ambassadors and allow them to spread the message in their own voices.

Charlotte Gardiner, I Bike Manager of Sustrans Scotland said: “Peer pressures and social stigma are cited as reasons for not cycling to school.  Yet Sustrans’ research shows that with the right peer support and engagement, such as through Sustrans’ I Bike programme, girls can empower each other to cycle.”

Sustrans has commissioned Edinburgh-based communications and video specialists HeeHaw to produce the campaign, which will run across social media platforms used by the target age group. These include Instagram and TikTok. The music in the campaign is provided by Glaswegian band, Bossy Love.

The #AndSheCycles campaign starts on Thursday and runs into November when the COP26 climate change conference is taking place in Glasgow.

Sustrans Scotland’s I Bike Manager Charlotte Gardiner added: “Time and time again, research shows that physical activity is important in the health, wellbeing and development of children and young people.

“In primary school, roughly the same numbers of boys and girls cycle to school. But once they reach secondary school age, while many boys continue to cycle, the numbers for girls still riding bikes decreases dramatically.”

Indi, aged 15, one of the #AndSheCycles young ambassadors said: “Cycling from A to B with a friend makes the journey much more fun.”

Lee Craigie, Active Nation Commissioner for Scotland, and a former professional mountain biker, said: “We need campaigns like this to allow girls the opportunity to show other girls that bikes are for them and that you don’t need specialist equipment or huge muscles to ride one (although personally I think both these things are great!). Riding bikes usually results in an increase in self-esteem and happiness and also offers an affordable, independent travel solution. Young women need those things in their lives.”