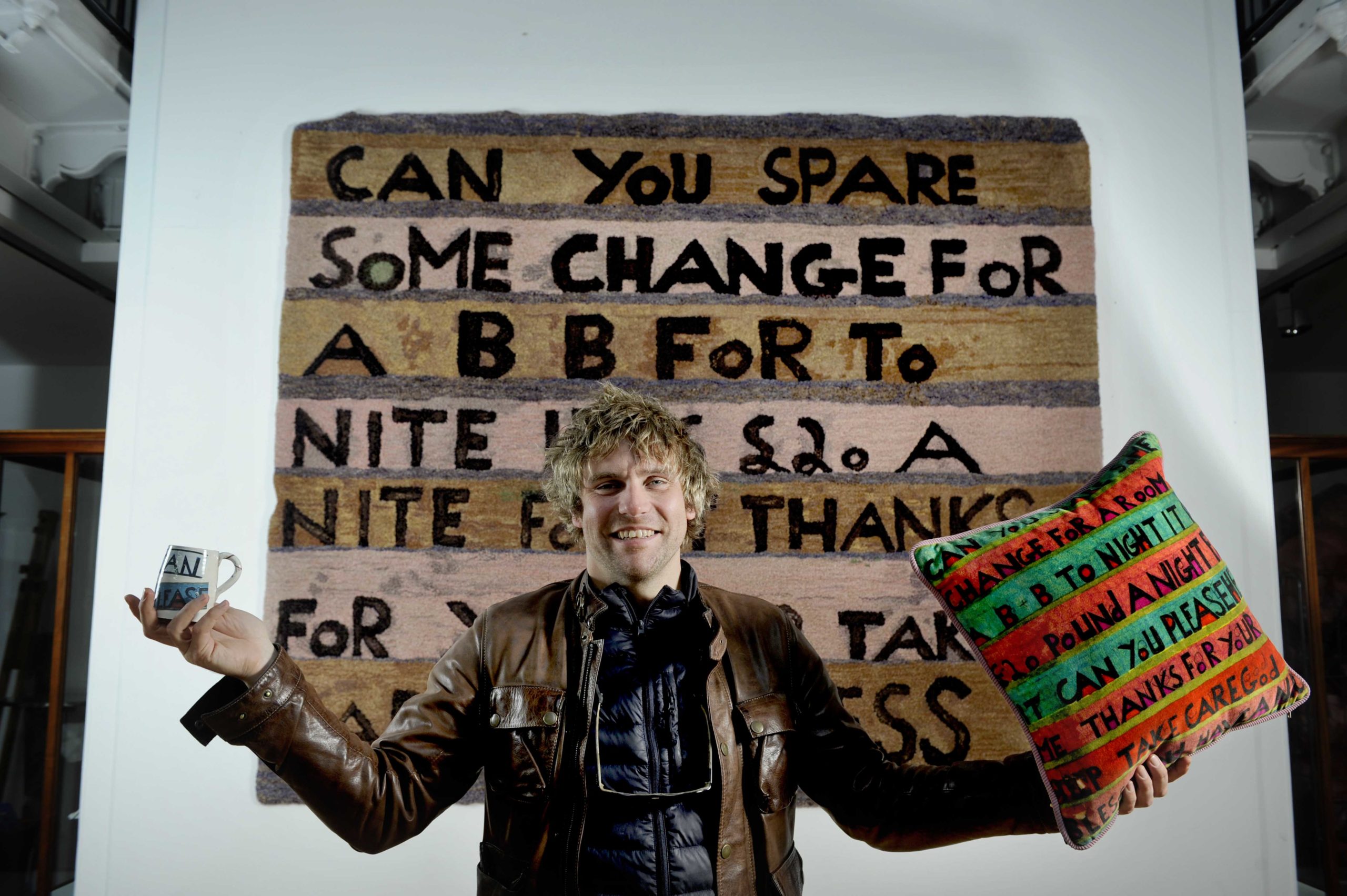 A Scottish artist has created a luxury hand-tufted rug worth up to £40,000 inspired by a sign made by a homeless man on a discarded pizza box.

Contemporary artist, Kevin Harman, used the hand-drawn sign made by Edinburgh homeless man Steven Jenkins as the design for the two-metre-square rug made by the capital’s Dovecot Studios.

Harman hopes the rugs will prove popular with buyers and he will be able to be able to develop a range of bespoke rugs using signs from the collection.

He said: “I’m interested in the extreme distance between the cardboard sign, which is all about survival, and where the rug might end up, in a large, decadent dwelling.

“I was struck by the attention to detail in Steven’s signs. Although they were made with cardboard and felt-tip pens, I could see how long they had taken him, it made me think about the things people do to survive.

“I’m interested in what happens when these designs are turned into art objects, how the object will resonate and react with other objects in a person’s house. It’s a reminder that you are in a position that another person is not.

“I wanted the rug to have a rough texture, so it wasn’t entirely comfortable underfoot. I want to have a conversation about how to help people in bad circumstances, and this gives us the floor, so to speak!”

Weaver and tufter at Dovecot Studios, Louise Trotter, carefully reproduced Jenkins’ design which had been made on cardboard from a discarded pizza box, copying his colours and even the stains on the cardboard.

She says: “This project is quite different from some of the other rugs I’ve worked on. Often they have a very rich velvety feel, but Kevin wanted something rougher, more like a doormat, so we used a mixture of jute, flax, nylon and really hard wools.

“As well as the colours Steven had used, we wanted to replicate the corrugated texture of the pizza box and the way the lettering was scored into the cardboard, so we used loop-pile tufting for the words. Getting the textures right has been absolutely key.”

Harman was struck by the time that Steven had put into creating the sign. He has developed a range of high-end interiors products inspired by Jenkins’ signs called “Signs of Life”, with a significant percentage of the profits donated to homeless charities.

Celia Joicey, Director of Dovecot Studio, says: “Kevin Harman’s ‘Signs of Life’ is a fantastic commission for Dovecot.  Harman has used the Studios’ expert gun-tufted rug skills to create a work that feels at once compassionate and provocative.

“The scale and warmth of the new artwork are in direct contrast with its message, both the modest request for money and the visceral fear of what it means to be homeless. Dovecot exists to advance fine art textiles internationally and it has been a privilege to collaborate with Kevin Harman on such an inventive and high profile project to address homelessness.” 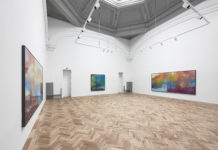 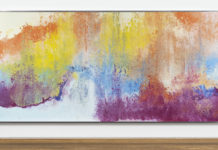