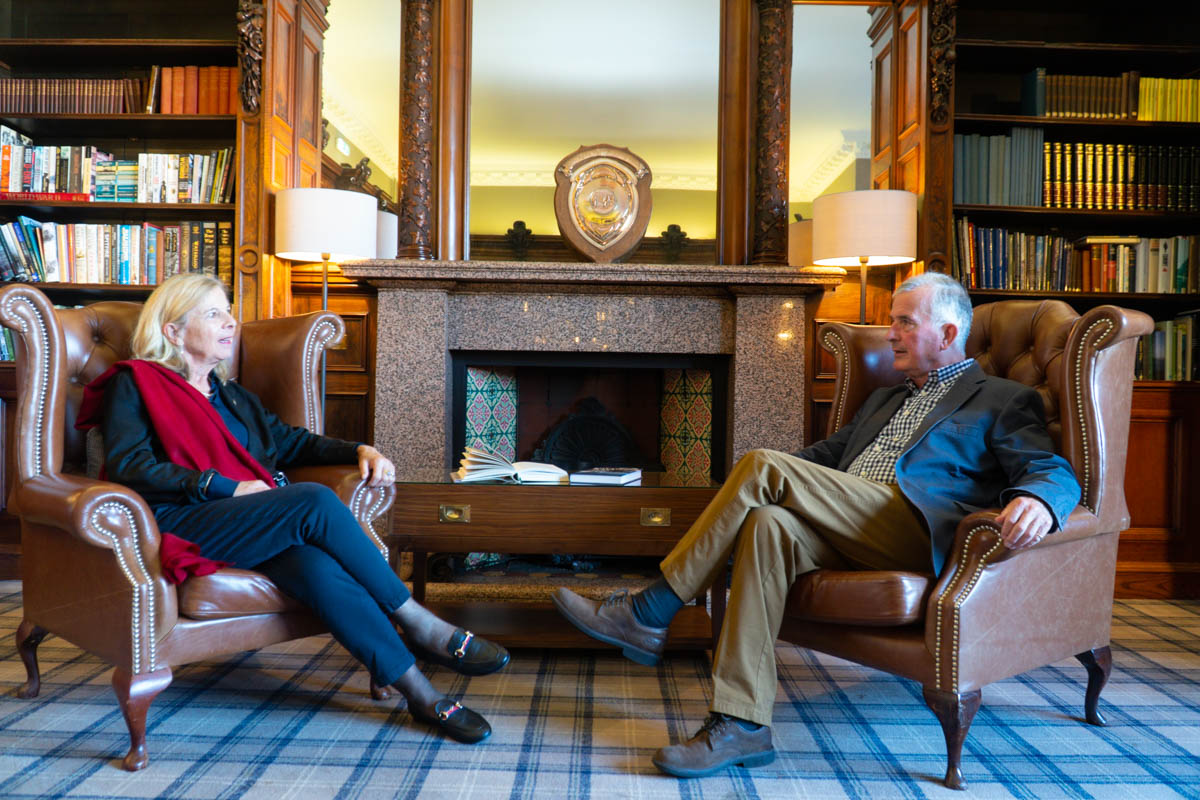 The Royal Scots Club are holding a series of Literary lunches and the next on 21 October will feature historian and author, Victoria Schofield, who will be discussing her journey from Writer to Military Historian and what led her to write about Kashmir, Wavell, The Black Watch and Benazir Bhutto.

Ms Schofield will be joined by author, Trevor Royale, whose book Britain’s Lost Regiments: The Illustrious Band of Brother Time has Forgotten celebrates Britain’s historic regiments and the men who served in them and Rosemary Goring whose latest work Homecoming: The Scottish Years of Mary Queen of Scots will be published next year.

The Literary Lunch will take place on Thursday 21st October 2021 and guests will receive a three-course lunch with champagne on arrival and refreshments. The authors will participate in a panel discussion followed by a Q&A with Jackie McGlone. During the event there will be an opportunity to purchase books for signing by our three authors at a bookshop provided by Topping & Company Booksellers, Edinburgh.

The event will be chaired by Jackie McGlone the first woman deputy editor of a Scottish newspaper and has held executive posts on The Observer, The Sunday Standard, The Evening Times, Glasgow, The Scotsman and The Herald. Jackie chairs a number of events every year at the Edinburgh International Book Festival and has also mediated at author events at the British Library, in London, and at various venues in New York.

Later this week there are two lunches with crime writer Ian Rankin, who will be joined by Lin Anderson and Lesley Kelly.

Victoria Schofield is an historian and commentator on international affairs, with specialist knowledge of South Asia. Her publications include the official history of The Black Watch, Royal Highland Regiment:  The Highland Furies, The Black Watch 1739-1899 (Quercus) and The Black Watch, Fighting in the Frontline 1899-2006 (Head of Zeus),  which won the  Military History Monthly 2018 gold award; Wavell: Soldier and Statesman  (Pen & Sword); Kashmir in the Crossfire(IB Tauris); Kashmir in Conflict: India, Pakistan and the Unending War (IB Tauris); Afghan Frontier: at the Crossroads of Conflict (IB Tauris); Witness to History: The Life of John Wheeler-Bennett (Yale University Press). She has also edited her father’s memoirs, With the Royal Navy in War and Peace, O’er the Dark Blue Sea by Vice Admiral B.B. Schofield, CB, CBE(Pen & Sword). Her latest book, The Fragrance of Tears, my friendship with Benazir Bhutto (Head of Zeus) narrates the story of her friendship with the late Benazir Bhutto, former Prime Minister of Pakistan.

Victoria Schofield read Modern History at the University of Oxford and was President of the Oxford Union. In 2004-05. Schofield was the Visiting Alistair Horne Fellow at St Antony’s College, Oxford. She lives in London.

Trevor Royle is an author specialising in the history of war and empire with some 50 books to his credit. His latest books are Britain’s Lost Regiments: The Illustrious Bands of Brothers Time has Forgotten (Aurum), Culloden: Scotland’s Last Battle and the Forging of the British Empire (Little Brown) and Facing the Bear: Scotland and the Cold War (Birlinn).

In addition to being the centenary historian of the Welsh Guards – Bayonets, Bearskins and Body Armour: Welsh Guards 1915-2015 – he is a Fellow of the Royal Society of Edinburgh and between 2013 and 2019 was a member of the Scottish Government’s advisory panel for the commemoration of World War One.

He was born in India in 1945 and lives in Scotland.