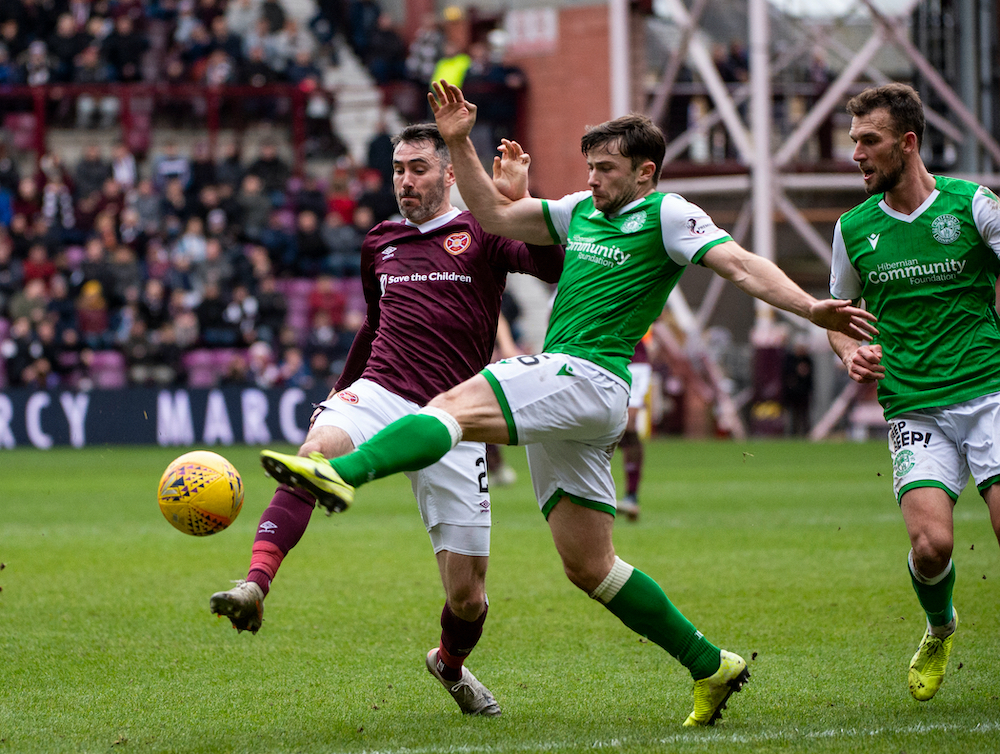 Following a loan spell at Fleetwood Town, Barrie McKay’s Swansea City contract expired, and he had a big decision to make as he entered the prime years of his career.

McKay is a talented winger, and both Nottingham Forrest and Swansea City spent some money to secure his services. With offers, north and south of the border, McKay carefully considered his options before deciding on his next move.

Unlike some of Hearts’ other summer signings, McKay has previous experience of the Scottish game, having played for Rangers between 2012 and 2017. This perhaps made him more comfortable with a return to Scotland and the 26-year-old was impressed with what Hearts had to offer.

McKay said: “It’s been a long time coming given how long Neilson was trying to get me.

“It was important that my next move was the right one and I had to weigh up all my options. I wanted to make sure my next club was somewhere I was settled rather than just going there for a season. Thankfully I’ve come here.

“The project, facilities and squad they’ve got here are great and they want to do something really good this year. I’m really looking forward to joining in with the group.”

McKay developed as a player, while Rangers were rebuilding, having been demoted to the third division after the team’s financial difficulties. At the age of 17, he signed a five-year deal at Ibrox and established himself as a key Gers player.

Despite only being 26, McKay has been involved with “big clubs” for his whole career and is hoping he can put some of his experiences to good use at Hearts.

He said: “I’m a lot more mature and I understand the game better.

“You pick up different points from different managers you work with. The gaffer here will have different points again. I’m not exactly old but hopefully I can help out some of the younger boys here. That’s something I’ve tried to do over the last couple of years. If a young boy comes into the team I try to talk to them and help them out.”

A potential Edinburgh derby debut beckons for the winger, and despite the Hearts’ manager hinting that McKay won’t be fit enough to start, he is still looking forward to playing at Tynecastle with the boisterous home fans behind him this time.

“I’ve never been to an Edinburgh derby, but I’ve watched them. It’s easier because I’m from up here. You know the hostility you get, feisty tackles, all that stuff. Every derby is the same. Edinburgh derbies have that little edge. I’ve always watched them when they have been on.

“When you are in the opposition team it’s tough playing at Tynecastle. I’m looking forward to fans being behind me this time. I haven’t played in front of fans for 18 months so it will be special to have them back in.

“No matter your fitness levels, adrenaline gets you through it. I’ve trained all week and I feel good, so hopefully I can be a part of it.”

McKay was a player in high demand and despite Hibs launching a late bid to sign him, he had his heart set on Hearts, especially after some added encouragement from ex-Gers teammate Andy Halliday.

“I had other offers up here, close to here, down south, and abroad as well. It was a case of picking somewhere I knew I could settle and just get back to playing football and enjoying it. I know quite a lot of the boys here and they set it was a great set up with a great bunch of lads. It’s important when you go into a changing room that everyone is pulling in the right direction.

“Andy Halliday has been on at me for the last couple of weeks while the move has been pending. He has been saying, “come in, it’s a great bunch of boys, great facilities and the manager is good, the way they play is good and it will suit me down to a T.

“It has only been positive things I have heard from everybody so that helps when you are coming somewhere. You know what it’s like you can get one player who will say one thing, but the next player will say something else. But this has all been positive, so I’ve been looking forward to coming in.”

McKay has been keeping himself fit over the summer with the aid of his personal trainer, but is looking forward to getting back into a dressing room and ultimately, on to a football pitch

He said: “Yeah, I’ve been doing a lot with a personal trainer.

“It was enjoyable, but you miss the banter of being around the boys and the intensity of training. There is only so much you can do, but I’m feeling good, it is probably the longest I have ever had off, but I’m looking forward to getting going again.

“You could say that it is a whole new start for me, and it is important I just go out there and do my best. I’m not thinking about what happened in the past. I will focus on what I do now rather than what I did years, and years ago.

“Everywhere you go, you want to be winning games and trophies. It is no different here. That is what we want to do, it’s what every player wants to do and hopefully we can do that this season.”

Despite the late attempts by Hibs to snatch McKay from Hearts, he doesn’t feel it adds any pressure and is hoping good performances at Hearts could see him add to his solitary Scotland cap in the future.

“There would be a spotlight on me anyway because I am coming back up the road and I’m a new signing. But the derby game will take care of itself, and I can play my own game if I’m involved or get any time on the pitch. I want to play my own game and not let it affect me.

“It is taking one step at a time. I’m just here so I have to concentrate on getting into the Hearts team first and see what that is like and if I can get back into the Scotland squad, great, but I need to be producing the goods at Hearts first. If I’m not doing that then I won’t be near it so there’s no point in worrying about it now.”