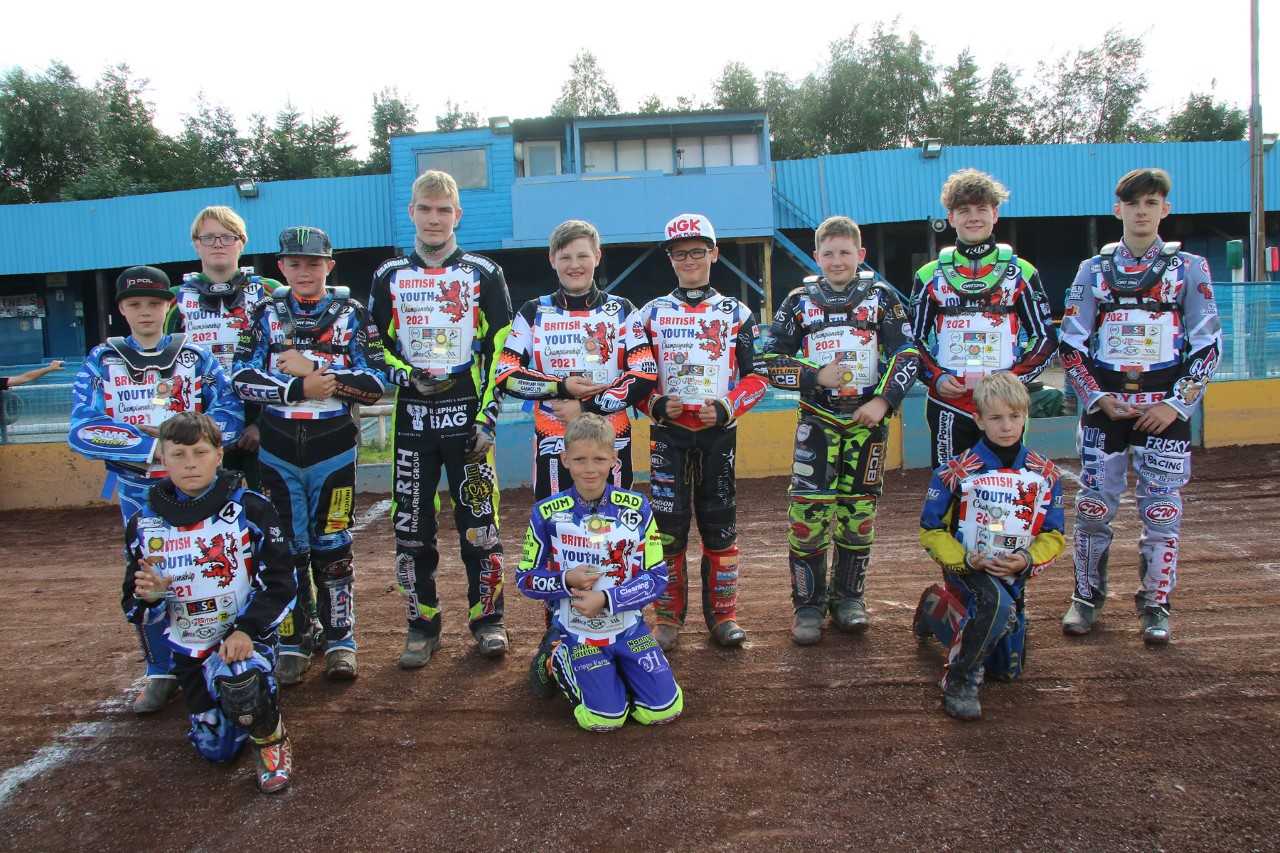 Edinburgh like to be involved in the British Youth Championship and staged the fourth leg of the 2021 event, a very enjoyable afternoon of speedway and a chance to see the riders coming through on the British scene, writes Mike Hunter.

There were some fast and stylish performers on show and there will be a number of future members of British League teams amongst the young guys on show at Armadale.

The only glitch in an enjoyable event was a tumble in Heat 3, the 250cc class, which landed Freddy Hodder with a suspected broken collar bone, and also necessitated a delay of maybe half an hour in proceedings.

Freddy had been lying third in the heat after Ace Pijper had come through to second off a 15 metre handicap, but Freddy high-sided and landed heavily.

In spite of that delay, the 29 heats were still run in under three hours. It was interesting to watch the developing styles of all the young riders, and maybe try to remember what these same guys were like last year. There were certainly some major improvers.

Ben Trigger was probably the star of the show with four remarkably impressive wins in the 500cc category, and he looked even better than the Leicester Cubs second string which he currently is.

Max Perry gave him a run for it and is also an excellent prospect. Luke Harrison was tops in the competitive 250cc category in which Sonny Springer and Max James also impressed.

The 125cc group was hard fought also and Stene Pijper produced his best ride when it mattered, in the final, to topple highest scorer Jamie Etherington.

Some of the results were easy to predict but some of the best tussles were for minor placings. There were a few non-finishers both for falls and for mechanical problems, and those who were left to rue such things included Ace Pijper in the 250cc event and Cooper Rushen in the 125cc A group who scored five from two finishes along with two retirals.