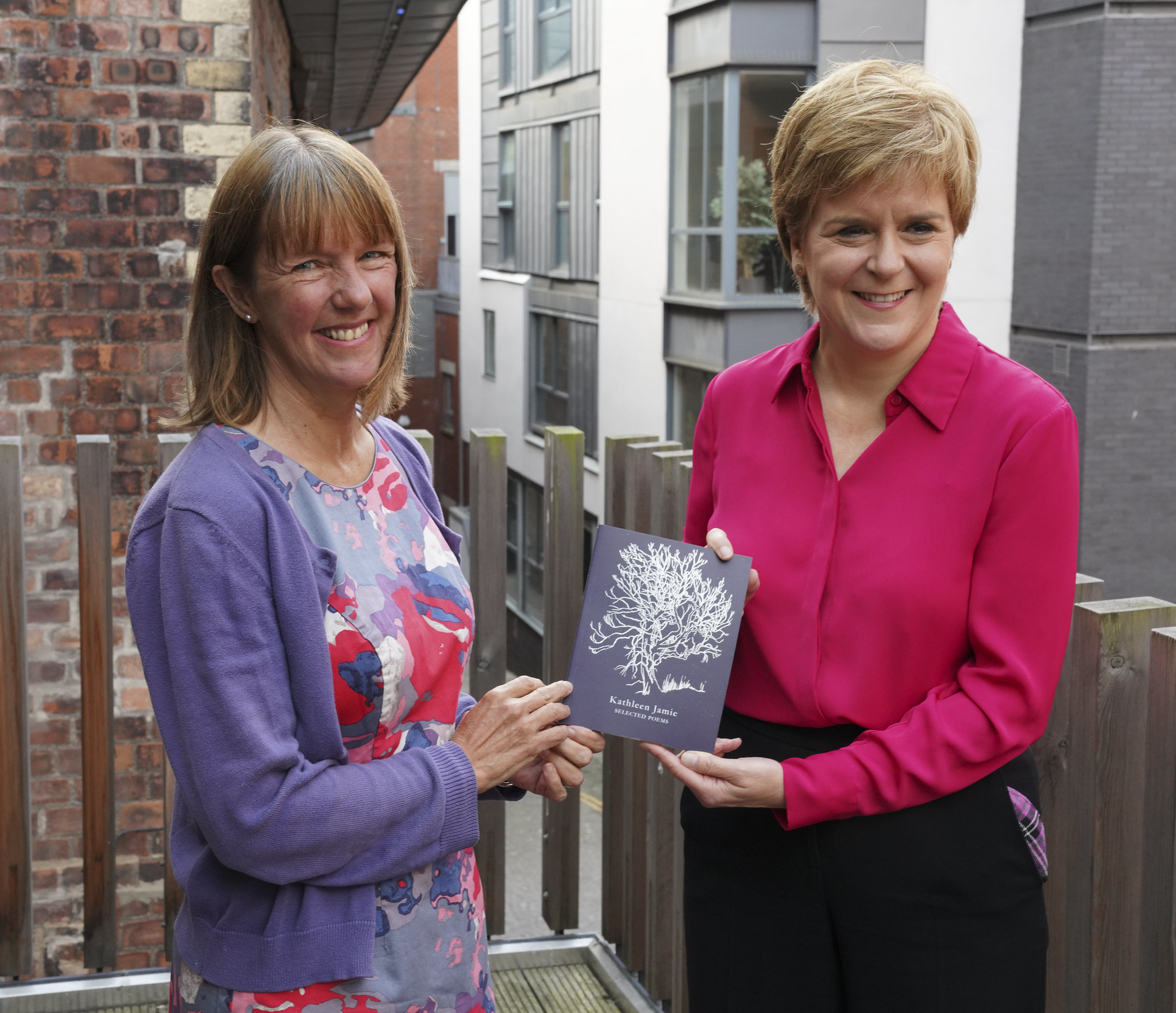 Poet and essayist Kathleen Jamie has been appointed as Scotland’s next Makar.

The role of Makar involves taking a leadership role in promoting poetry nationally, as well as producing work relating to significant national events.

Ms Jamie was appointed by the First Minister for a three-year term on the recommendation of an expert panel representing Scotland’s literary sector.

She is the fourth person to hold the role since it was established by the Scottish Parliament in 2004, following in the footsteps of Jackie Kay, Liz Lochhead, and Edwin Morgan.

“Poetry is integral to Scotland’s culture and history. The Makar has a central role in celebrating that legacy, and preserving its future by encouraging the next generation of young writers to leave their mark.

“Kathleen is a highly accomplished poet who is known for her works in English and Scots, and the meaningful connections her writing draws between our lives and the landscape around us. I have no doubt she will continue to build on the exceptional work of her predecessors to promote Scottish poetry both here and abroad.”

Kathleen Jamie said: “I am honoured and delighted to be appointed as Scotland’s new Makar. The post confirms a weel-kent truth: that poetry abides at the heart of Scottish culture, in all our languages, old and new. It’s mysterious, undefinable and bold. It runs deep and sparkles at once.

“Liz Lochhead, Jackie Kay and the late Edwin Morgan have held this post before me, a trio of major poets. If I can achieve half of their outreach, humour and wisdom, not to mention their wonderful verse, I’ll be doing well. I am grateful to the selection panel for such a vote of confidence in my work, and to the First Minister for her endorsement and support.

“My task as I see it is to meet folk, to support and encourage poetry, to laugh and lament and witness, and occasionally speak to our national life. I’m excited to begin.”

Asif Khan, Director at Scottish Poetry Library said: “Kathleen Jamie is a generational talent – an exceptional Scottish writer of any era. Jamie’s poetry and prose sits with the best writing in English anywhere in the world. The poetry library looks forward to supporting the new Makar’s programme of engagement at a time when poetry is treasured as an art form that can heal and unite communities, as well as inspire our young people, including New Scots, to see the world differently and reflect on their role in it.”

Alan Bett, Head of Literature & Publishing at Creative Scotland said: “Kathleen Jamie is an excellent choice for The Makar, Scotland’s national poet. The quality of her work speaks for itself, and that work can and will speak to so many people across Scotland and beyond. The work can also speak to and challenge the current environmental context, with a strong focus on place and nature. I would like to offer my warm congratulations to Kathleen on this announcement and look forward to the creative projects that will connect her poetry with the nation.”

At the panel’s recommendation, the appointment was made for a three-year term rather than the previous five-year term as it has been for the past two appointments due to the demands the role places on the Makar’s time and other work, and to help encourage greater diversity, variety and interest in the role going forward.

This appointment process will be reviewed to ensure that it remains fit for the future.

Marjorie Lotfi, Poet, Director of Open Book and Chair of Board of Trustees, Wigtown Book Festival

Dr Peter Mackay, Lecturer in English, University of St Andrews and poet who writes in Gaelic