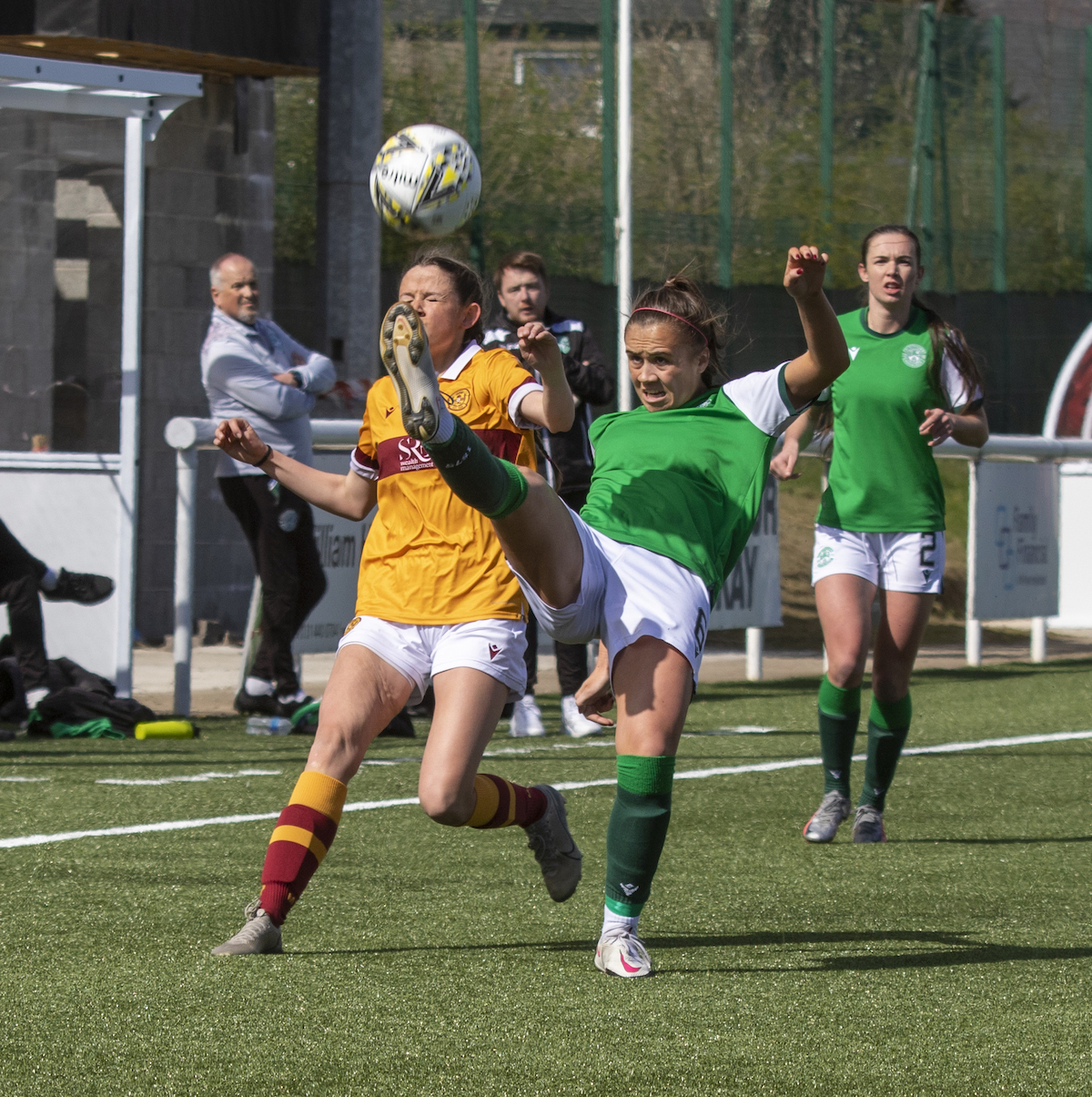 Hibs Women’s Player of the Year Leah Eddie capped off a tremendous season by winning the first of hopefully many international caps during Scotland’s friendly against Northern Ireland.

The 20-year-old started her career with Falkirk and Central Ladies Academy followed by spells at both Celtic and Rangers before signing for Hibs two years ago, a move she describes as her “best football decision”.

Her first season was hampered by injury but last term she was a stand-out performer as Hibs finished in fourth place, behind the three full-time sides, Glasgow City, Celtic and Rangers.

Speaking ahead of the new campaign, Leah told The Edinburgh Reporter: “I started the first game of that season then tore my ACL 11 minutes into the game but moving to Hibs was the best decision I’ve made in my football career so far because I have progressed a lot there and have loved every minute of it.

“Last season, the results never reflected our performances and we finished fourth, but we are looking to finish higher this season. I think with the players we have brought in and the players we have got, we can definitely manage that and certainly do better than we did last season. A couple of the new players are still to come in and a couple are here, and you can already see the quality that they bring.”

Leah’s form with Hibs attracted the attention of interim Scotland Coach Stuart McLaren, much to her delight.

“I was buzzing and couldn’t stop smiling when I heard.” she continued “When the announcement was made, I couldn’t even open my phone as there were so many messages flooding in.  It took me all that day and the next to respond to them all.

“Just going away and training with the top athletes that were there was an experience that was up there.”

Leah’s selection is all the more commendable given that she was one of the few non full time players in the squad and she paid tribute to McLaren’s policy adding: “It was good that he recognised the players that were playing well at their clubs and I think that he is looking into the development of young players and bringing new ones in which is good.”

So what does the future hold for the versatile and hugely talented young defender?

“I’d definitely look to go full-time at some point. I don’t know when it will be as I am really happy at Hibs right now. I just finished my full qualification in child care so I could go into that alongside my football and it’s something that I can fall back on but going full-time is certainly my ambition.”