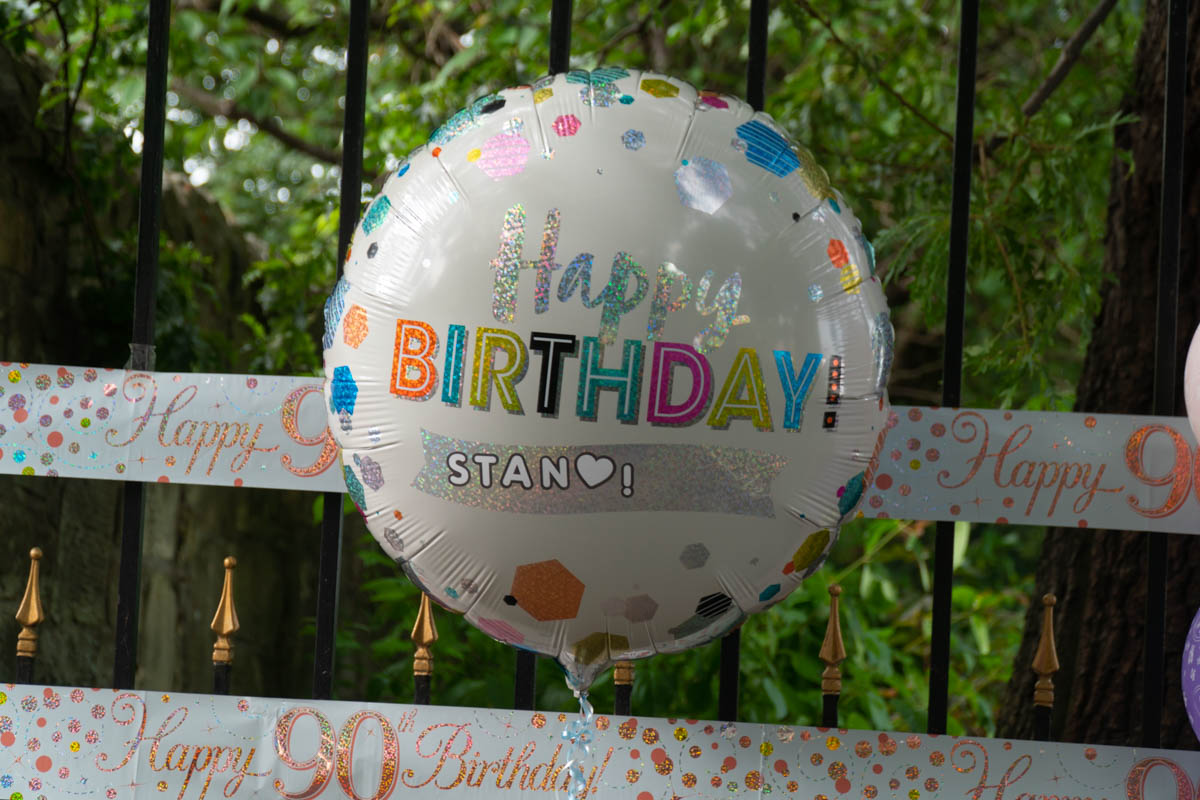 Stan Dunlop who is a committee member of Friends of Starbank Park celebrated his 90th birthday this week.

On Friday there was cake, tea, baking and sunshine in the park where his important day was marked with a party to which all his friends were invited.

This has been an exciting year with a big birthday and a Royal visit by The Duke and Duchess of Strathearn at the end of May.

One of the members of the Friends of Starbank Park, Vikki Floyd wrote these words for us to tell Stan’s story.

Vikki writes: “Stanley Dunlop (known affectionately as Stan) has lived in a beautiful listed building in the grounds of the Victorian walled garden in Starbank Park in Trinity for nearly 50 years. Stan’s father was a Londoner, met his mother in Edinburgh, had three children and he worked as a watchman.

“Stan has one brother and a sister who lives in Canada, and he has been happily married twice. He tells us that he has another family too, the “Friends of Starbank Park” which was formed eight years ago by two Trinity residents, Janet McArthur and Alastair Robertson.

“Stan was born on 30 July, 1931 and is a sprightly 90-year-old who believes that his love of gardening, the trees and nature in general and being active, as well as his daily walks is what keeps him alive. He also remembers the many miles he covered on his bicycle in his youth in order to get to work and now believes it held him in good stead.

“Life for Stan begins early in the morning – he likes routine. There is no need for an alarm clock in the Dunlop household, Smokey, his beloved Burmese cat, sees to that. As soon as Stan “feels his feet on the deck” he knows he is alive and realises he has been given one more day to enjoy life. So at 6 a.m Stan starts his day with a digestive biscuit and a cup of tea and sees to the needs of Smokey, who also reminds him quite loudly that she’s also waiting for her milk and biscuits.

“He then ventures downstairs and takes a slow walk around the park to make sure everything is in order, and only then does he “feed the bairns”, his feathered friends who call for his attention. He then refreshes the water bowl for the many dogs that visit the park with their owners. After all his furry and feathered friends have been looked after he goes back upstairs to have his breakfast, usually tea and toast and then back down the stairs again to clean out and fill the bird feeders, if needed. Stan has always had an open and enquiring mind and this together with his friendly demeanour has helped him get through some very trying situations.

“His mother died when he was 13-years-old, he left school at 14 and got a job as a van boy for six months delivering bread and cakes. Then he went on to work as a trainee mechanic in a garage. At 16 he joined British Railways as a cleaner and after sitting an exam, became a fireman and stayed for eight years. During this time, he did a two year stint of National Service, working in the Royal Air Force as an officer’s batman which entailed looking after the officers and serving them meals.

“Stan was by then 24-years-old, had left the railways because they were being electrified and he moved onto farms and market gardening for a private company called MacFarlane Bros. in the Liberton area, working there for three years. At this time in Stan’s life, he felt a strong desire to help others and thought about working abroad and so, to gain experience, he applied and got a job in the City Hospital in Morningside that looked after patients with infectious diseases.

“He worked as a male nurse but this work took its toll on him and he had to leave after six months. Another job came along as a gardener at a cemetery at the Grange. After he left that job, Stan, now 28 years old, joined Edinburgh Council and stayed with them nearly 40 years until he retired at 65.

“Stan worked first as a tractor driver, then drove lorries and a minibus and eventually moved into market gardening, did floral displays and chalked the lines on sports pitches. At some point, he also managed to work as a gymnastic coach at Meadowbank in the evening time.

“He is great with people, loves company and with his big smile and easy approachable manner he draws everyone in. It is evident to see the impact he has on everyone including children and his love of all animals. Sometimes he recalls his love for the rabbits he had when he was young and his dogs Rona, his Cairn Terrier and his Valderrama. Stan may mention that he has a wee bit trouble with his eyesight but that’s all.

“He has the capacity to accept all of this without dwelling on it, showing his remarkable resilience.

He is still very independent and cooks for himself however he is particularly partial to fish and chips. Nowadays Stan listens to a lot of audio books, mainly historical, documentaries and crime dramas. He is a celebrity around here and on numerous occasions has visited venues around the UK with Janet, our Chair, representing Starbank Park.

“They make a formidable team. At the end of the day Stan says he is just an ordinary person but he has this extraordinary capacity to effortlessly show a very deep affection to everyone he engages with. And with his words of wisdom coming along with the skill of a great listener this is clearly why we all love him very dearly at Starbank Park.”

The Friends of Starbank Park have worked hard to restore the garden overlooking the Forth to its former glory. They began work in 2013 and since then have planted thousands of trees, herbs, and shrubs. The garden has a couple of little libraries, a corner where the faeries live and a bothy which is used for gatherings when there are no pandemic restrictions.

It is a real gem in the north of Edinburgh and anyone is invited to join in the gardening parties every Wednesday and Saturday mornings from 10.00am.

The house in the park dates from 1815 and originally belonged to Alexander Goalen who was Prime Minister, William Ewart Gladstone’s, uncle. Walter Goalen founded the Christ Church near the north end of Trinity Road. Leith Town Council bought the house in 1889 and opened the grounds as a park two years later.

Now the house is converted into two flats which are occupied by retired council staff, including Stan.

If you would like to become a friend then membership is £5 per year. friendsofstarbankpark@gmail.com 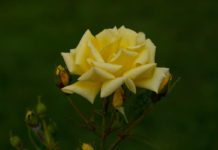 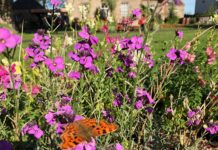