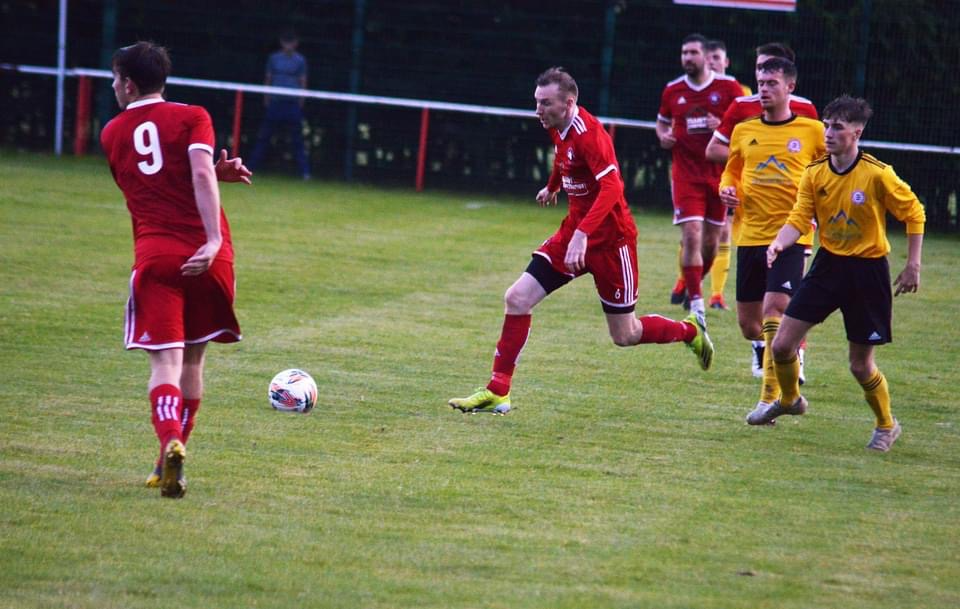 The monsoon subsided early enough for both teams to produce a really entertaining fixture as Lily tried to climb into the top half of their Conference, whilst Rovers were looking to register their first points of the season.

With barely two minutes gone, Lamb of Peebles was cautioned for pulling down McQueenie by referee Chris Newman who clearly wasn’t for messing about.

Lamb’s contribution was more positive on 10 minutes with a 30-yard free-kick which Lily keeper Amos held at the second attempt.
Chris Robertson saw his effort cleared off the line as the home side pressed and on 20 minutes.

Alexander Elliot then broke into the box and his cutback saw Rovers keeper Cameron Hanratty make a brilliant save from another Robertson strike.

The home side finally made the breakthrough on 27 minutes as Elliots’ lovely diagonal crossfield pass evaded Harry McGill in the Rovers defence and Lewis Russell planted the ball past Hanratty from 20 yards.

On the stroke of half time the home side doubled their lead after a defensive error gifted Elliot the ball and he wasted no time in firing low past Hanratty from 20 yards and the home side had some breathing space at the break.

Peebles started the second half with more purpose and Luke MacLean was in one on one with Amos but the keeper stayed big to make the block.

On the hour mark the visitors pulled one back when MacLean turned the ball home from close range to halve the deficit.
Peebles had their tails up now and after Robbie Walker smacked the Lily crossbar from 20 yards.

The excellent Elliot set up another chance for Robertson who shot just wide as Lily responded but with five minutes remaining Luke Cormack somehow missed an open goal for the visitors from six yards, clipping the crossbar after keeper Amos had parried a Walker drive.

With almost the last kick of the ball the visitors levelled the game after Cormack was upended in the box and David Lindsay placed the ball into the bottom corner.

A share of the spoils will undoubtedly see the visitors the far happier team as they get their season up and running, whilst Easthouses will certainly see this as two points dropped.