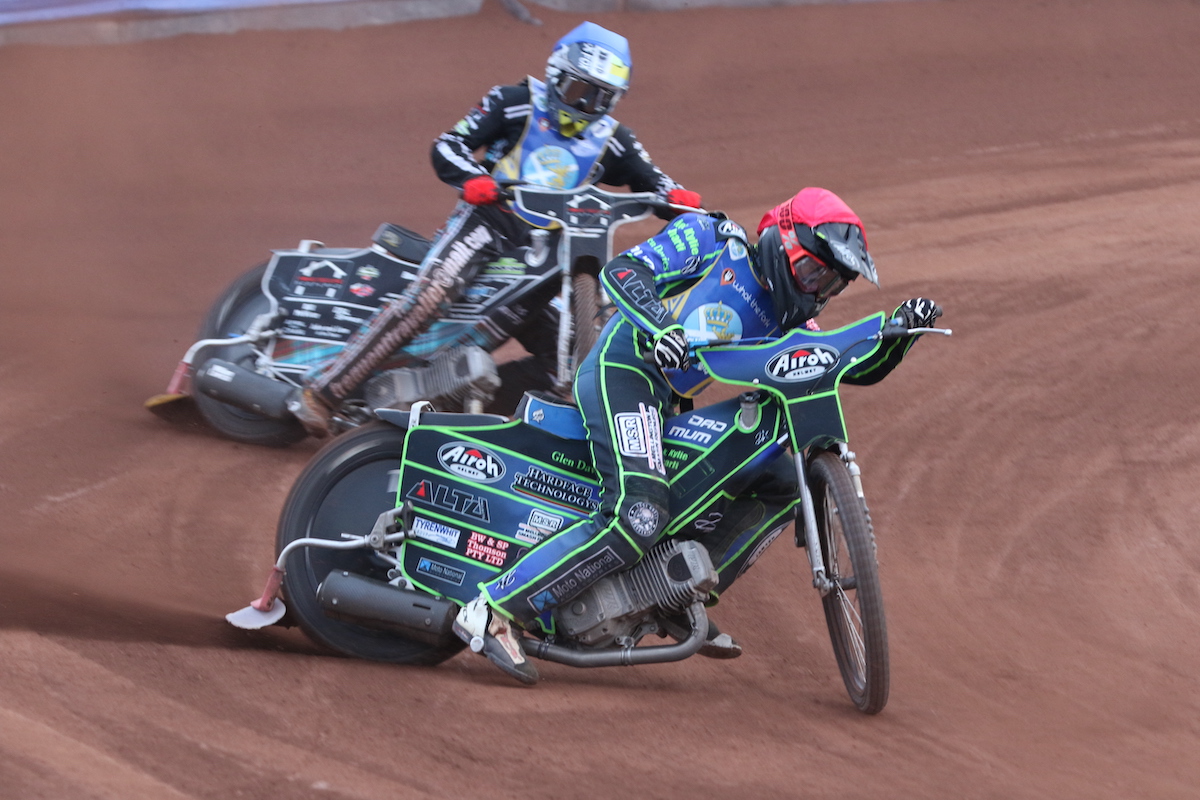 The weather in West Lothian turned unpleasant at just the wrong time on Friday night and the intriguing National Development League clash between the Dale Devils and defending champions Leicester Cubs had to be abandoned after only two completed races.

Riders came out for Heat One without a parade because of the dark clouds over the stadium and wit proved a cracking opening race.

He led the way, but Nathan Greaves wasn’t settling for second. Thompson blocked two attempts to burst through but Greaves cut back and stormed through to the front.

The next heat saw Archie Freeman make his debut for Devils after signing from Newcastle and he raced ahead.

Team-mate Lewis Millar, attempting an inside pass on the opening lap, brought down himself and Mickie Simpson. Freeman led all the way in the rerun, Simpson took second.

It was Heat Three when the rain started and after a delay the match was abandoned with the score at 7-4.

A spokesman said: “It would be hard to imagine anyone arguing.”

All customers either at the track or on the Live Stream will be contacted shortly.