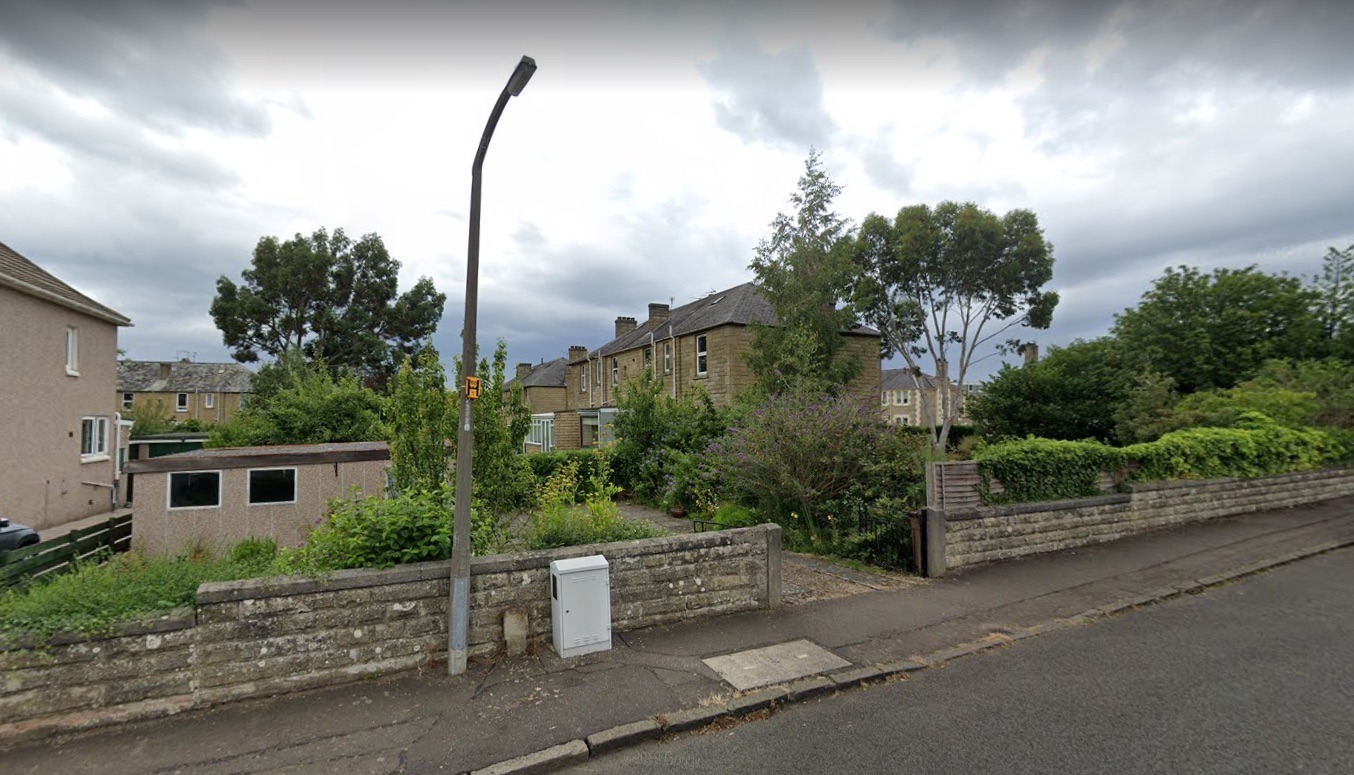 A planning application which has divided a quiet north Edinburgh community will be decided by The Scottish Government.

Plans to build a small infill house on the corner of Parkgrove Avenue and Parkgrove Gardens, in Clermiston, attracted 40 objections when first submitted to Edinburgh City Council planners, despite the small number of actual neighbours to the property.

Unusually for a planning application for a single house, the council also received a large number of letters of support, as 35 people rallied behind the proposals.

In February, property developers Leonard Residential who have a base at Bowhill Terrace, submitted plans to Edinburgh City Council to construct a one-and-a-half storey home in the former garden on number 24 Parkgrove Avenue – adjacent to St Kentigern Church.

Between 14 and 20 February, the council’s planning department received a large number of letters in support of the proposals – often from people residing in the north of the city, such as Kinnear Road, Great King Street, Park Avenue, as well as Bowhill Terrace, Inverleith, where the property developer is registered. Supporting comments were also received from Aberdeen and Falkirk.

Graeme Webster, of Bowhill Terrace, wrote in his letter of support: “This proposal improves an unsightly and under-utilised space.

“It is sympathetic to the existing neighbourhood and the low-profile design will provide an agreeable bookend to the street which currently already has a number of mixed designed homes.

“Furthermore the addition of much needed housing, and particularly housing with a private outdoor space, will help ease the strain on existing resources.”

However, from 23 February to 3 March planning officials were inundated with objections from nearby residents, who raised concerns over “inappropriate development design”, the impact on residential amenity, the impact on parking, and the fact that previous proposals for the site had been rejected.

Nicolas Shields, of Parkgrove Avenue, wrote in his objection: “Firstly I do not appear to have been advised about this latest planning application and only found out after a discussion with a neighbour.

“We were advised in the first application and our address overlooks the proposed dwelling so I do not understand why this would be the case this time?

“Secondly, this planning application is almost identical to that of the first application that was refused so my comments would be the same in that the dwelling is not in keeping with that of the local area and will seriously impact its immediate neighbours in regards to privacy and noise and whilst overlooking their gardens will limit access to their present patterns of sunshine.”

Due to the high number of representations, the proposals were dealt with by councillors at a meeting of the city council’s development management committee in May.

Now, the developers have appealed to The Scottish Government’s planning and environmental appeals department (DPEA), to review the decision.

A reporter acting on behalf of Scottish Ministers is expected to make a ruling by October.