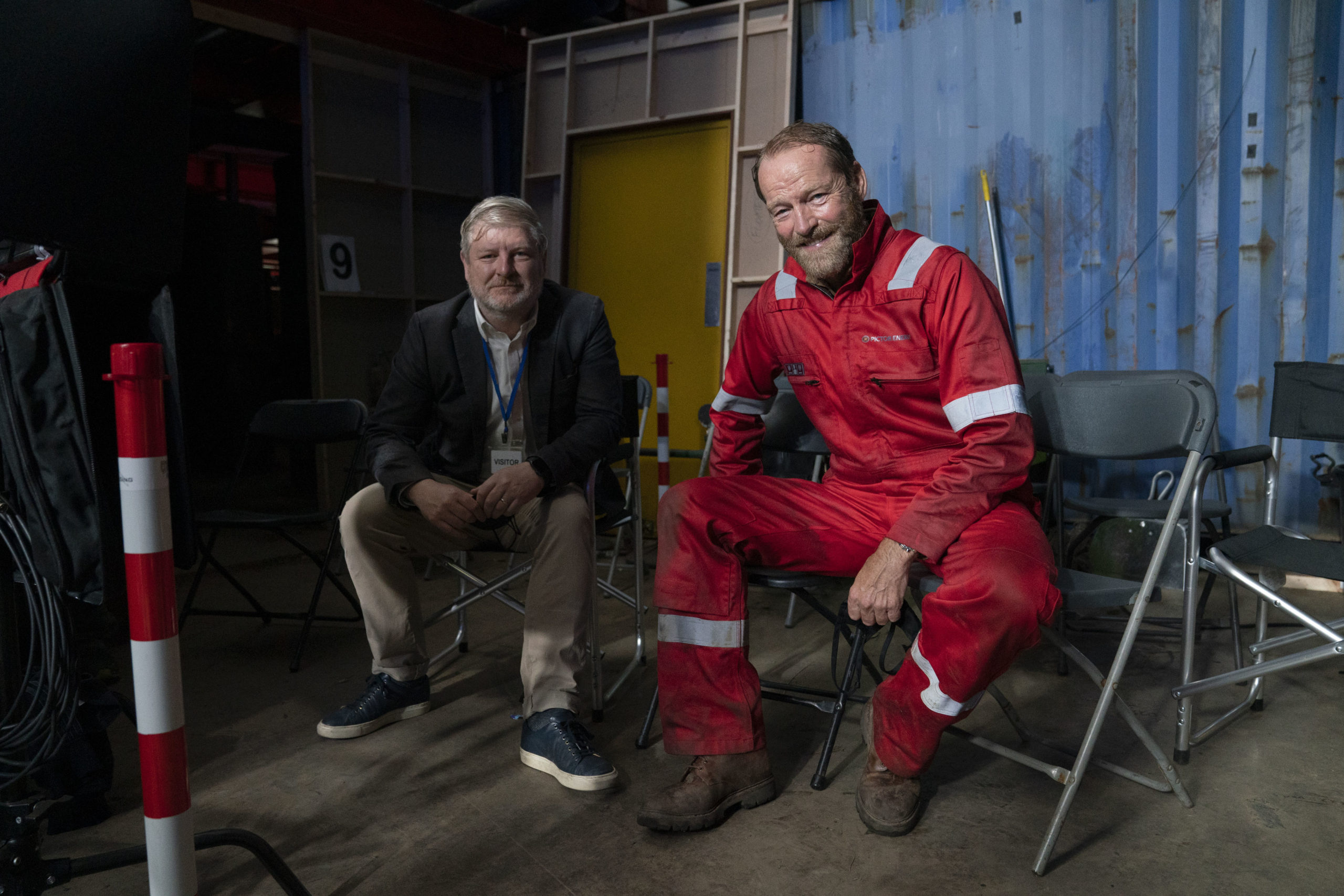 You may remember that a month or two back we told you that David Macpherson from Portobello had written a TV series called The Rig which is being made exclusively for UK Amazon Original Series in Scotland.

Culture Secretary Angus Robertson visited the set earlier at Bath Road studios set up in the past year to take advantage of the global boom in high-end TV and film production.

The six-part drama produced by Wild Mercury Productions, written by David Macpherson, directed by John Strickland and starring Martin Compston, Iain Glen, Emily Hampshire and Mark Bonnar, is the first UK Amazon Original Series filmed exclusively in Scotland, both on an oil rig and studio which is run by FirstStage Studios.

In addition to £1million funding from Screen Scotland towards the studios initial set-up and refurbishment, this production was also backed with £500,000 from the Production Growth Fund.

The Rig is the first production being created at Bath Road studios and is considered a key element in the recovery of Scotland’s screen sector, providing long-term jobs for local freelance crew and a Covid compliant working environment, as well as traineeships across the production, including in special and visual effects.

Screen Scotland also helped source crew from other sectors adversely effected by the Covid pandemic, including from theatre and live events. More than 150 crew members are working on The Rig, with 70% of the crew based in Scotland.

Following a tour of the studios, where Mr Robertson met the production’s cast and crew, he said: “What a thrill to visit the set of a major television drama being shot here in the heart of Scotland’s capital, and it was a pleasure to meet the talented cast and crew.

“Working closely with Screen Scotland, I firmly believe that we are providing a foundation for a sustainable base of Scottish companies and talent to create more projects and productions that draw on Scotland’s culture and imagination.

“We are focused on building the skills, talent, support system and infrastructure to capitalise on unprecedented interest in production in Scotland and further develop a sustainable creative economy.

“It was also a pleasure to meet the trainees on set – highly skilled, talented people, drawn from a diverse range of backgrounds, are key to the ongoing success of film and TV production.”

Dan Grabiner, Head of UK Originals at Amazon Studios, said: “We were delighted to host Cabinet Secretary for the Constitution, External Affairs and Culture, Angus Robertson, on set for our UK Amazon Original series The Rig, currently filming at Edinburgh’s FirstStage Studios.

“We took the opportunity to introduce some of the local cast and crew, including our Screen NETS trainees which we’ve partnered with the brilliant Screen Scotland to facilitate. We’re excited to build on our commitment to Scotland’s creative industries as more Amazon Original productions choose Scotland as their home.”