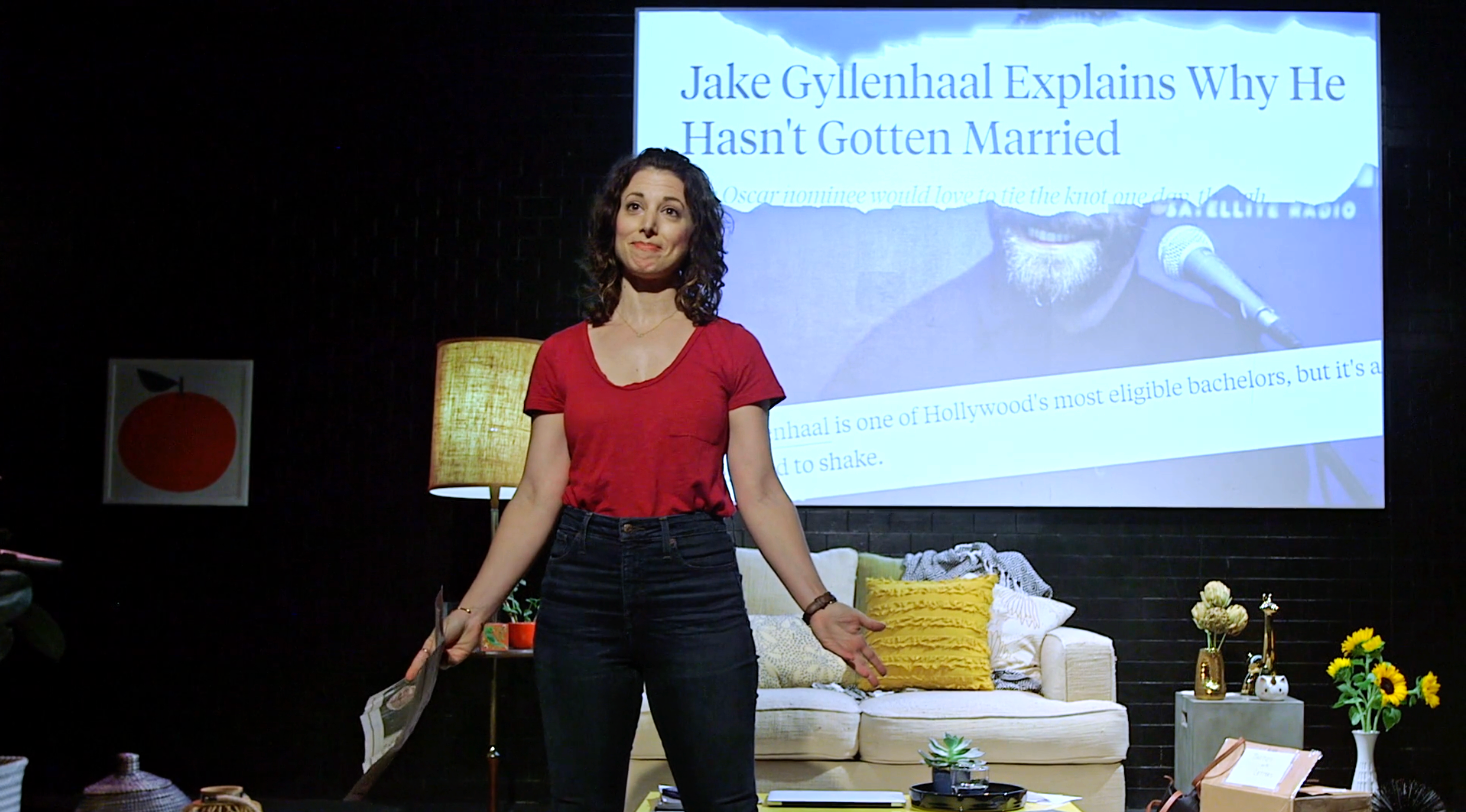 What would you do if your (Jewish) Mom was convinced you were destined to Marry Jake Gyllenhaal?

That is the question that award-winning actor/filmmaker Melissa Center poses in her debut solo play, “Marrying Jake Gyllenhaal,” which premieres at the famed Edinburgh Festival Fringe starting August 6 – 30th 2021, digitally on-demand in partnership with TheSpaceUK’s Online@thespaceuk.

The authentic and imaginative story tracks the whirlwind journey of a single-woman (Center) as she yearns for love & connection in the oftimes brutal City of Angels, all while navigating her Jewish Mom’s obsession with the A-List movie star.

Directed by Michelle Bossy (IAMA Theater Company’s “The Oxy Complex,” Broadway’s “In Transit”) the play, filmed at The Pico Theater in Los Angeles, was originally hatched at the Seed&Spark Creative Sustainability Summit when Melissa Center (“This is Us,” “Grey’s Anatomy”), was selected to crack her project with Mark Duplass (“The Morning Show,” “Room 104,” “Safety Not Guaranteed”). The play features original music composed by Jamie Buxton (“My First Start” directed by Victoria Clark) & choreography by Patrick McCullom (Broadway -“The Lightning Thief: The Percy Jackson Musical” & “The Band’s Visit”).

Writer and star Melissa Center said: “I set out to write this play after a few years of personal challenges that left my spirits feeling heavy and depleted. I was living in Los Angeles struggling financially, I wasn’t where I wanted to be in my career, and I had a long string of experiences dating – some traumatic – that left me wondering if I’d always be alone. I came to a head where I looked at my life and at the (dramatic) content I’d been creating and thought to myself, ‘What happened to the girl who used to run around New York City singing and dancing in the streets? My soul yearned to reconnect to the part of me where music lives. So I sat down, opened my laptop, and this story came pouring out. It basically brought me back to life.”

Director Michelle Bossy was the first to sign on to the project. She said: ”Melissa Center delivers a tour de force of song, dance, and solo performance as she explores the highs and lows of being a single woman under the scrutiny of a foreboding mother.  MARRYING JAKE GYLLENHAAL is a celebration of independence and self knowledge; any person who has parents with expectations can relate.  I certainly can.  When I first read Melissa’s play, I instantly related to her quest for acceptance and love and I believe wholeheartedly in the conclusions she comes to by the end of her exploration.  Melissa and I made this project at the height of the pandemic and we are thrilled to share this piece with international audiences.”

Producer Tanny Jiraprapasuke said: “I knew we were onto something good when I heard myself laugh and then cry. This play had all the elements that made me say YES! It is a story that speaks to the universal struggles of many single women who are still going after their dream.”

MARRYING JAKE GYLLENHAAL reminds us to be bold in the pursuit of your dreams and to never give up. After all, as Melissa’s mom always says – and her mom before – everyone (even Jake Gyllenhaal) puts their pants on one leg at a time. Celebrities…they’re just like us.

What starts out as her Jewish mom’s pesky fantasy (and mild-to-moderate obsession…ok MAJOR obsession) turns into a full – on MISSION as Melissa, single, struggling, and *cough* *cough* approaching 40, searches for love (and Jake Gyllenhaal). 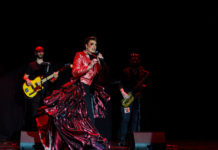 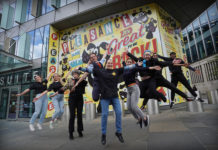 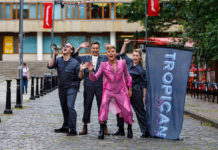 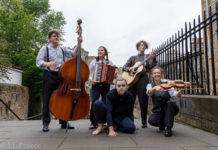