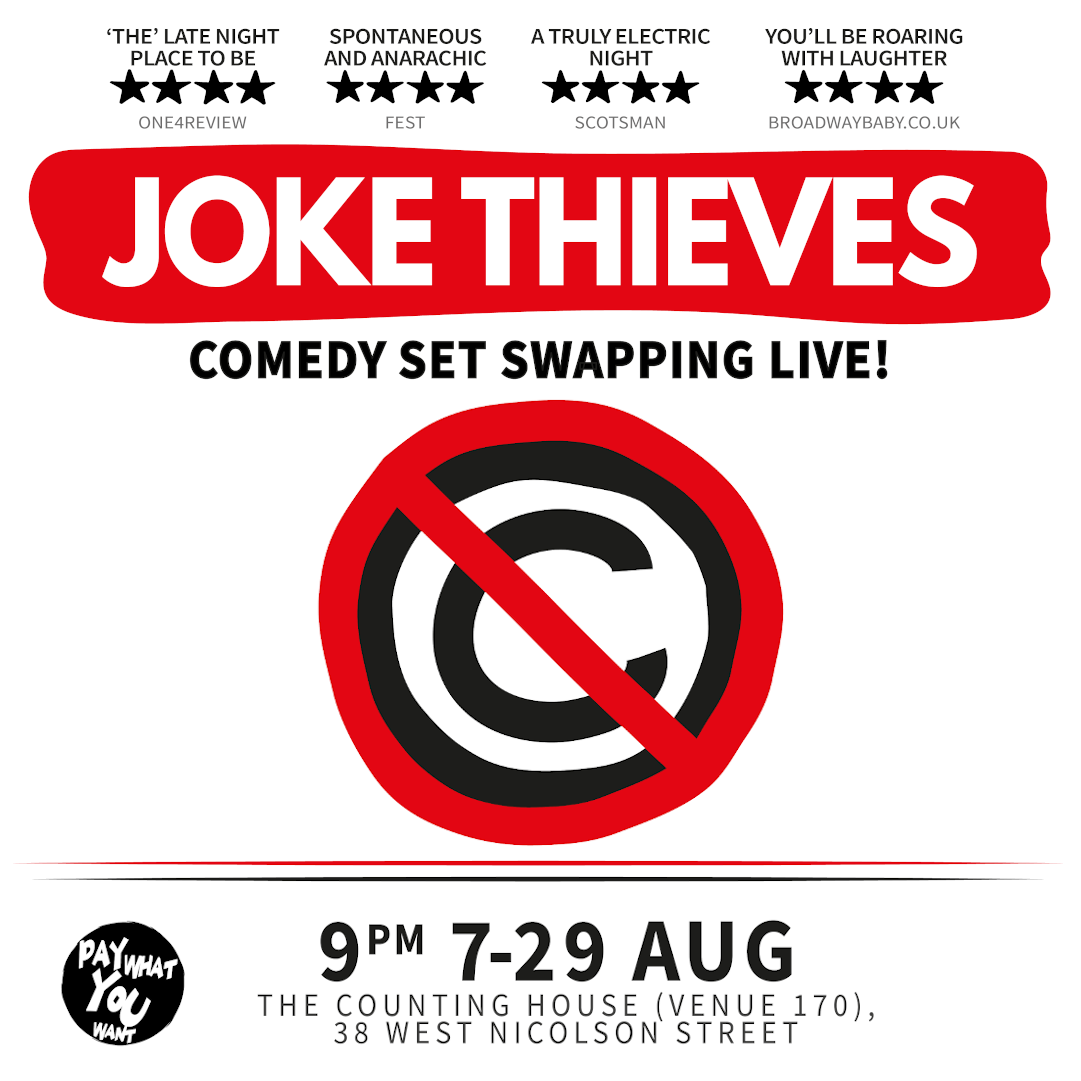 Joke Thieves, an Edinburgh Fringe favourite, will be returning to the Fringe for 2021.

If you’ve never heard of the show before then let us fill you in…
Joke Thieves is the show that asks stand-ups to commit the ultimate comedy crime: to steal each other’s material. Presided over by the self-deprecating host Will Mars, four comedians will swap sets and rip up each other’s acts, as they battle to win over the audience.
All their carefully crafted bits, those sure-fire gags, their well-honed patter… every element of their act is about to be used against them by their fellow comics. Every trick, tic, mannerism and joke will be regurgitated back to them with an added layer of precision-engineered piss-taking.
This is the comedy show which forces comedians to take a long hard look at their act, by forcing them to take a long hard look at their act.
SHOW: Joke Thieves
DATES: 7-29 August
TIME: 9pm (1hr)
VENUE: The Counting House (Ballroom)
TICKETS: https://tickets.edfringe.com/whats-on/joke-thieves / Pay What You Want (in advance)
TWITTER: www.twitter.com/jokethieves
FACEBOOK: www.facebook.com/jokethieves