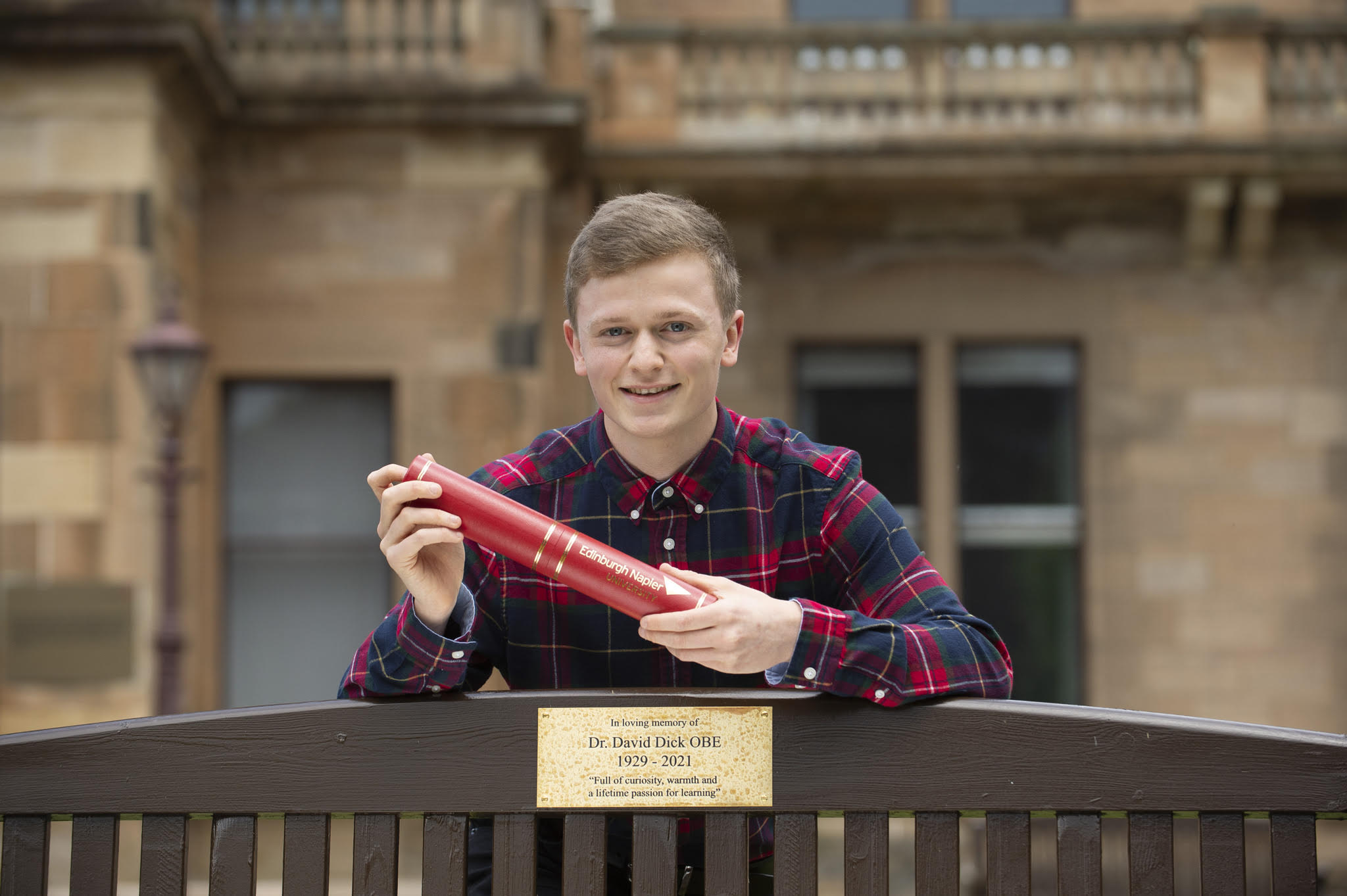 A young student has followed in the footsteps of his pioneering grandfather by graduating from Edinburgh Napier University.

David Hughes (22) graduated with a BA (Hons) in Social Sciences as part of the class of 2021, just eight years after his late grandfather, Dr David Dick, became Scotland’s oldest graduate at the age of 84.

Dr Dick, a hydroelectric engineer turned lecturer, was the first Vice Principal of Napier College in 1964 – later returning to Napier University in 2013 to complete his doctorate in philosophy. Far from short of achievements, Dr Dick was also awarded an OBE in 1982 for his services to both education and the fire service.

Showing that the apple doesn’t fall far from the tree, David Hughes drew inspiration from his grandfather for his own studies, using his success as drive to do the same. Graduating less than six months after his grandfathers death, David has dedicated his dissertation in his memory.

David said: “My grandfather and I spoke on numerous occasions about the difficulties of my dissertation topic, titled “Analysis of Scottish Nationalism in 2021 and how it is perceived amongst generational cohorts in Scotland”, and he always asked how I was getting on as the research was coming together.”

“I’m sure David’s late grandfather would’ve been incredibly proud of his achievements – and rightly so!”

It is now time for David to have his turn in the spotlight as he now hopes to follow his childhood dream of achieving an aircrew role in the Royal Air Force or Royal Navy.

It’s no doubt that David will continue to follow in his grandfather’s footsteps and carry on his fantastic memory.