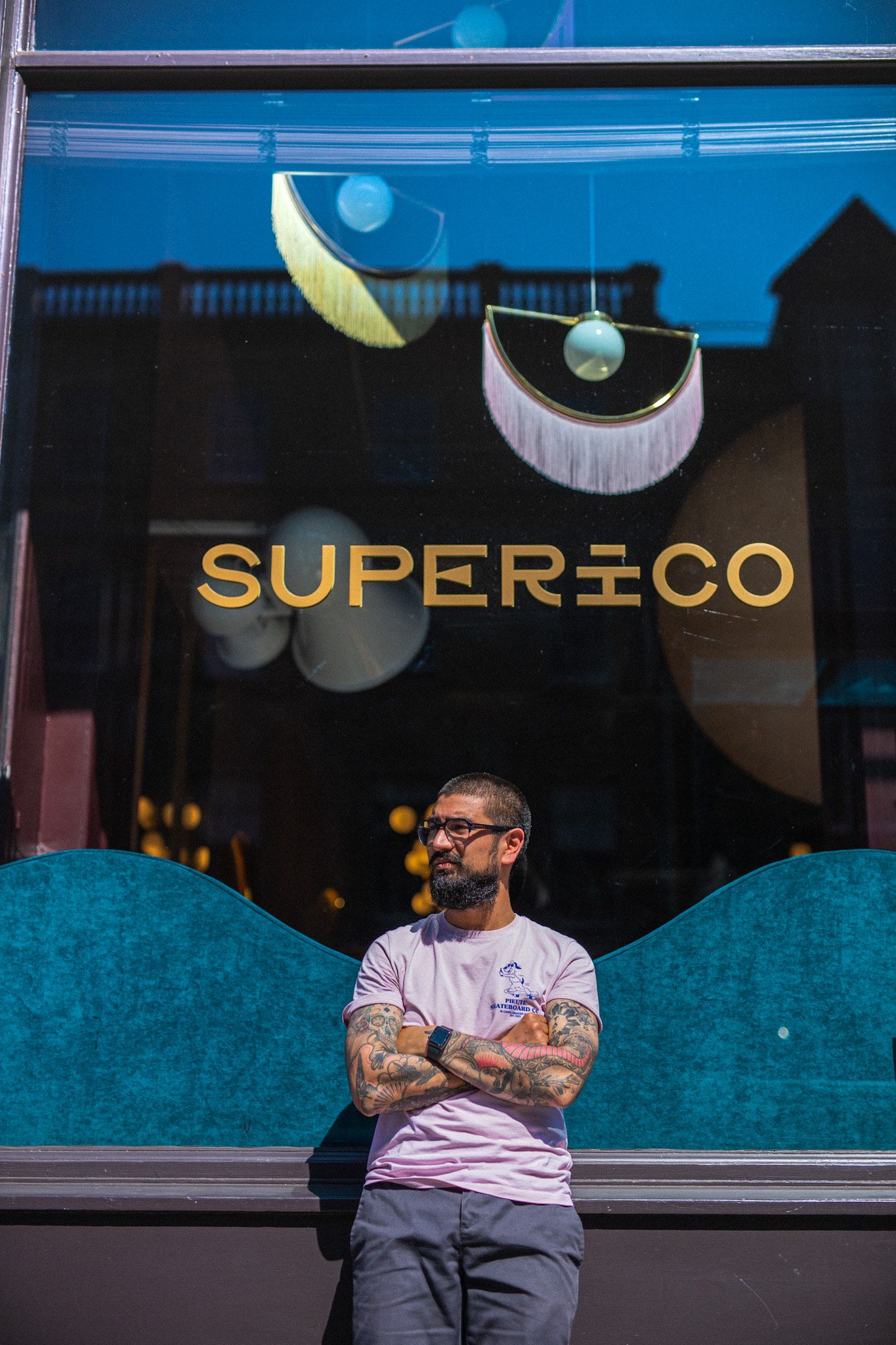 Superico Bar and Lounge is set to shake up Edinburgh’s bar scene with Aperitivo-style drinks, fresh martinis and speciality wines from around the world. The 19th century building and former banking hall has been transformed into a Chilean-inspired, art-deco bar and lounge by Edinburgh-based design studio, JA!COCO!

Ahead of its opening, the 180 capacity bar has already been shortlisted for the top ‘Bar, Club and Lounge’ accolade at the Hospitality Design Awards in New York this September.

Mike Lynch is a multi-award-winning mixologist and hospitality manager, having previously won the title of ‘UK’s Best Cocktail Bar’ for Edinburgh’s Bramble Bar in 2019 and representing the bar in numerous industry events and takeovers in cities such as London, Copenhagen, New York and Denver in the United States. He was also part of the team that launched the Devil’s Advocate restaurant and bar in Edinburgh’s Old Town in 2013.

Mike said: “I’m really excited to be bringing something groundbreaking, fun and vibrant to Edinburgh’s bar scene with our unique Latin American flair…Superico has the ambition to quickly establish itself as Edinburgh’s best design-led cocktail bar and attract global recognition.”

Food lovers can also enjoy Superico Restaurant, which is located a few doors up from Superico Bar at 83 Hanover Street. The style of the new Superico Restaurant menu is influenced by the big, bold flavours of South America and led by top Edinburgh chef Scott Wyse. Signature South American dishes include ceviche and crudo inspired by Nikkei cuisine in Peru, beef cheek with mole from Oaxaca in Mexico and fresh mojo sauces inspired by Chile.

Open Wednesday to Saturday from 4.00pm to 1.00am, Superico Bar and Lounge plans to launch live DJ sessions at weekends, including Edinburgh’s DJ Nasty P, who has supported Beyoncé. Turning from a relaxing lounge to a late night hotspot as the night goes on

Superico Restaurant is open Wednesday to Friday from 5.00pm, Saturday and Sunday from noon. Aperitivo will be on offer all day Wednesday and Thursday and until 6.00pm every other day the restaurant is open, including two small plates and a cocktail for £18.