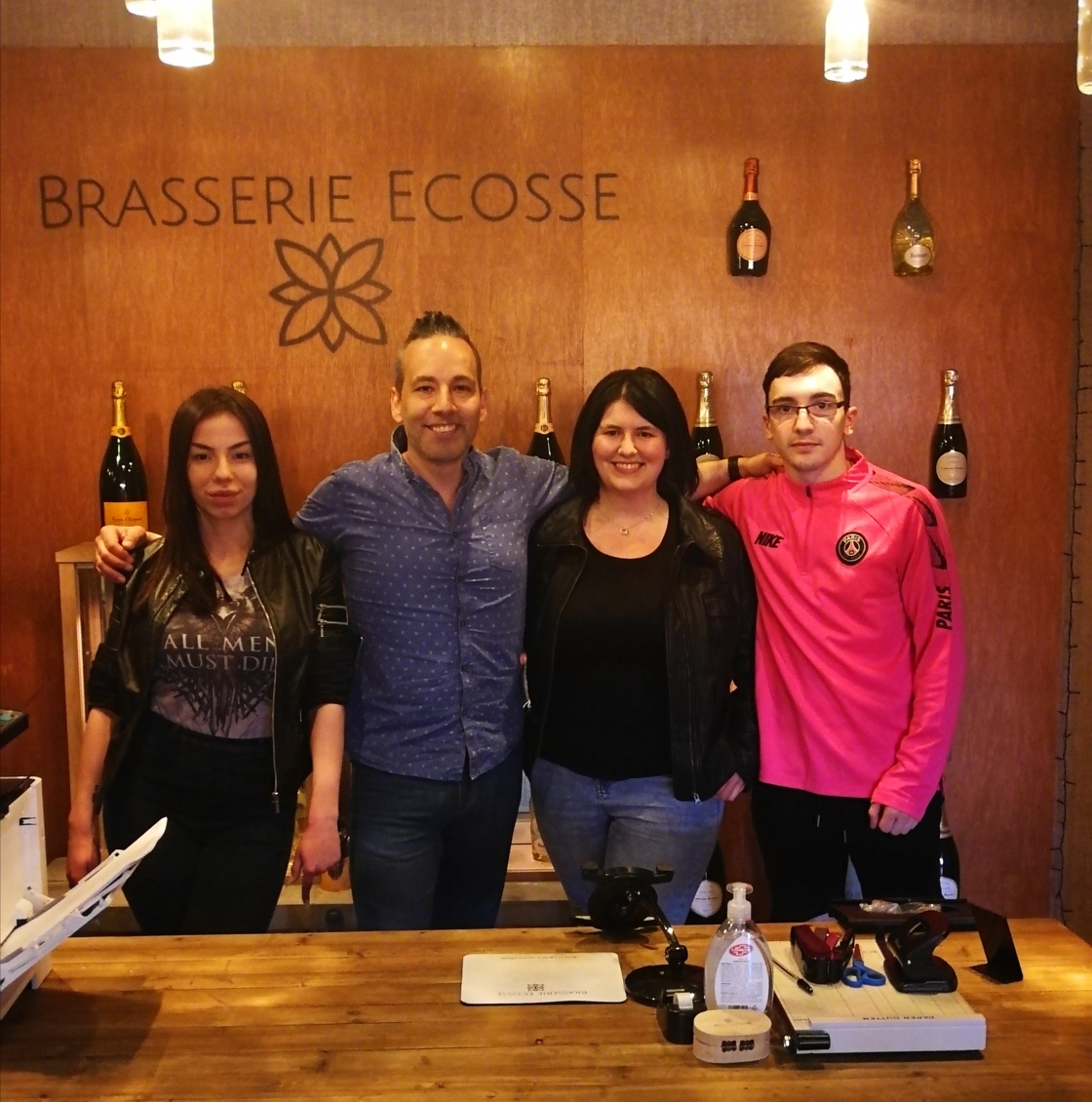 “WE ALL DEPEND ON ONE ANOTHER”

With the vast majority of the hospitality sector now fully open, but still trading under many restrictions, a Dundee “Haute Cuisine” restaurant and bar, which has recently reopened, has highlighted the role that its long term suppliers are playing at this crucial time.

With Head Chef Scott Cameron at the helm, Brasserie Ecosse, behind the Caird Hall on Shore Terrace, serves fine dining style food with both French and Asian influences. It uses Tayside based Les Turriff as a supplier of many restaurant staples, such as fresh fruit & vegetables, dairy products, bakery items, purees and fine goods.  Crieff based artisan cheese producer, Strathearn Cheese is its supplier of French style cheeses produced in Scotland, whilst it has worked with Tranent based Gilmour Butchers, its supplier of Dry aged beef, Scotch Lamb, Wild Venison and Scottish pork, for the last two years. The butchery business, which supplies many of Scotland’s top hotels and restaurants, sources its meat from numerous farms in Perthshire, Angus, and Fife.

“These businesses are three of our most trusted suppliers that we want to support at this time,” said Scott, whom, earlier in his career, worked at the 2 AA Rosette Rocpool Reserve in Inverness. He’s also cooked for Alex Salmond, and for visiting dignitaries at Bute House, plus members of the Royal Family.

“For us, it’s all about going as high end as we can afford. Gilmour Butchers provide a very elevated product, created with chefs in mind. I’ve kept in touch with Richard for sixteen years as we have followed each other’s careers. He’ll often call me up if there is anything which seems to be starting to trend in Edinburgh or Glasgow, such as Herdwick Cull Ewe, which has been a trend spreading from London. He likes to give me the heads up which I really appreciate.”

“We have a fantastic relationship with Scott and the team at Brasserie Ecosse,” said Richard. “Like many firms, we have been hugely impacted by the covid19 pandemic. A main sector we supply, the hospitality industry, was effectively shut down. It’s very much a circular economy, as we all depend on one another.”

Richard explained that it was all about attention to detail with the company’s dry age beef.  “We dry age it on the bone, for a minimum of thirty five days, in a state of the art dehumidifying Chamber fitted with Himalayan salt walls. This allows the meat to mature and lose unnecessary moisture, increasing the depth of flavour and tenderness. This really is the best, and we believe the only, way to do what we do.”

“Scott and his team respect the work and effort that has gone into the product, and we know that their front of house take time to explain the process to customers too.”

“Scott and his team respect the work and effort that has gone into the product, and we know that their front of house take time to explain the process to customers too.”

Similar care is taken with explaining the provenance of Strathearn Cheese to Brasserie Ecosse diners.

“I am a big supporter of this award winning artisan cheese company, which sees a Scotsman and a Frenchman coming together to produce French style cheeses,” said Scott. “As with all our dishes, our experienced waiting staff are happy to answer any customers’ questions on the cheeses which are used in our cheeseboard, and in other dishes.”

“Pierre and Drew, the guys behind the business, ensure that we are fully informed of the processes that they use in making the cheeses, and where some of the ingredients come from, such as the wild garlic used in a favourite of ours, The Lady Mary. A lactic set cheese that’s matured for ten days, it’s flavoured with locally foraged, washed and steamed dried wild garlic which comes from the banks of the River Earn. The Lady Mary is the name of a local walk along this river.”

Scott also uses The Wee Comrie, a mild cheese, with a semi-soft texture, buttery aroma, and a slightly nutty taste on the rind.

Drew Watson from Strathearn Cheese. said; “Engaging with a chef like Scott, who is truly interested in our craft, is always something we are looking for. He lets the quality of our cheeses speak for themselves.”

As for catering supplier Les Turriff, whom has been on board with Brasserie Ecosse since the beginning, Scott describes them simply as “a Tayside institution, who will never let you down on quality, reliability, or seasonality.”

“We wouldn’t work with anyone else for the wide range of goods they supply,” he said. “It’s important that our diners are eating on their plates the amazing fruit and vegetables they see growing all around Tayside. We are supporting a vital local industry, a significant employer, that must now fully recover after the pandemic.”