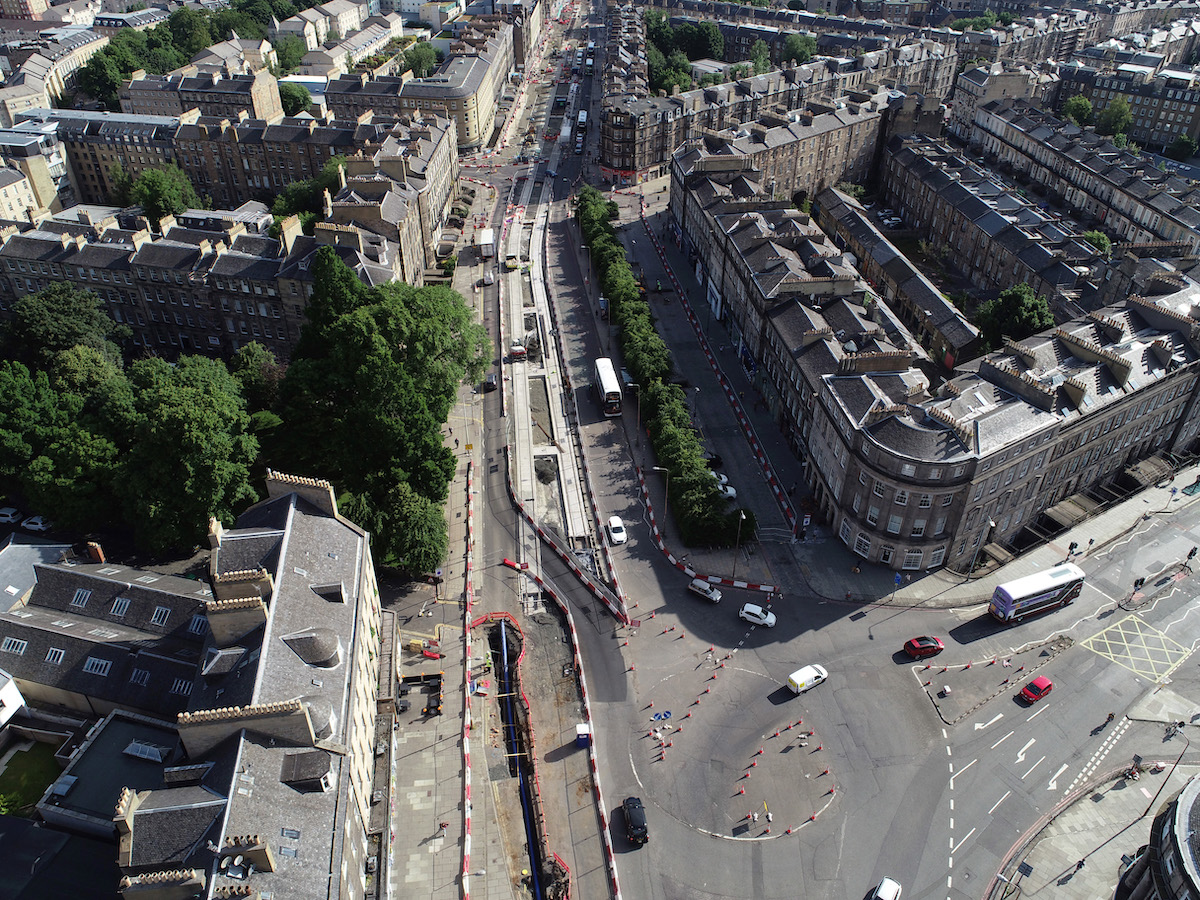 Trams to Newhaven have shared with us these drone images of several areas along the route.

Despite the pandemic work has continued apace, with only a 13 week delay estimated at this point. Tram tracks are now laid at various locations on the 4.69 kms (2.91 mile) two way extension to the line which stops at York Place at the moment. The new part of the tram line will be open by Spring 2023.

The final designs can be viewed in more detail here. The design takes account of improvements for pedestrians and cyclists all the way along the route.

The tram team advise of individual street closures and diversions as they happen. The latest is that Tower Street footpath will be closed for about two weeks from 26 July 2021. Diversion signs will be in place.

The original plan was to run the tram on lines 1, 2 and 3, but funding was not made available for all phases when the original tram project was agreed. At one stage councillors agreed to run the tram only from the airport to Haymarket at one of the more lengthy council meetings. What the city ended up with was half the line at twice the cost, something which Lord Hardie was put in charge of investigating and upon which the report remains outstanding.

Line 1 would have had 22 stops and would have been a circular route going to the waterfront at Granton and cutting across town using the disused railway up to Haymarket. With plans for the Waterfront now proceeding perhaps the council will return to this plan in the coming years?

If the planned line 3 was approved to go out to Newcraighall, could there then be any justification for spending £120 million on the Sheriffhall roundabout as provided for by the Edinburgh and South East Scotland City Region Deal?

Perhaps when the threat of the pandemic is past the politicians can start considering these proposals more seriously in light of the climate emergency?