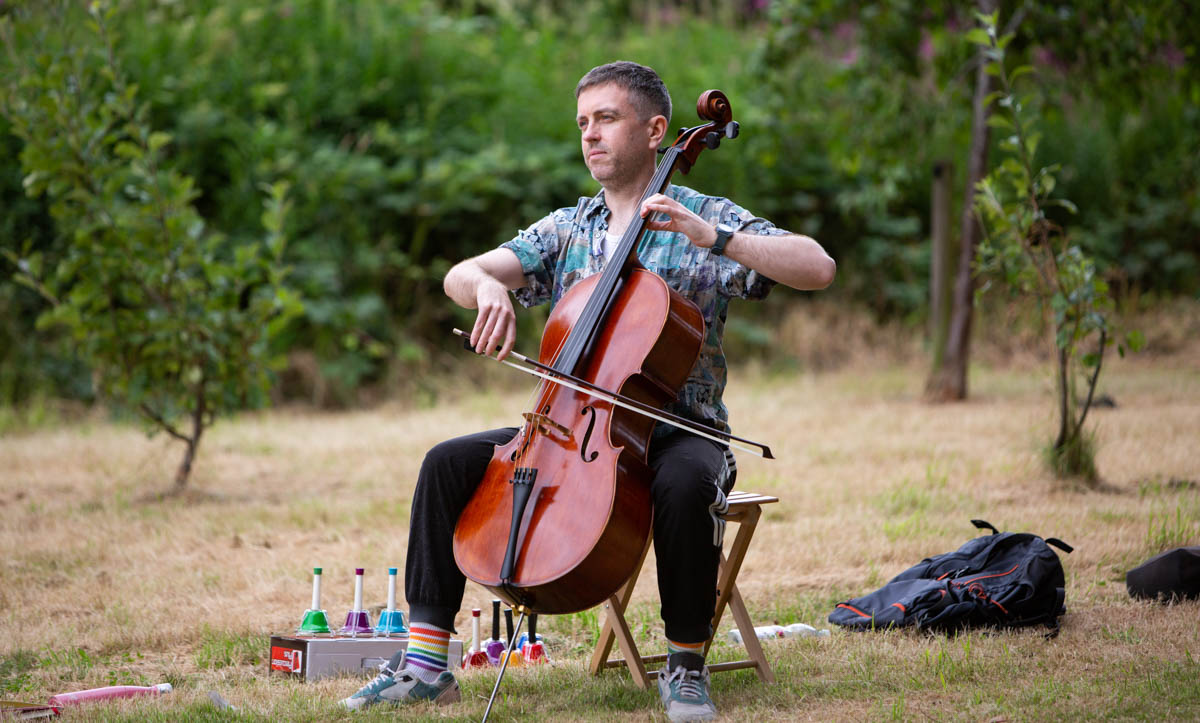 The Edinburgh International Festival will gift the first of 30 Festival Favours to the people of Edinburgh, in an initiative that will see residents from the ages of 5 – 95, from Leith to Oxgangs, granted an artistic experience from an artist or creative individual.

The Edinburgh International Festival will also take works from Akram Khan, Hannah Lavery and Katy Wilson into Edinburgh schools this year in an education programme that works with partners including National Theatre of Scotland, The Royal Lyceum Theatre, Imaginate and Starcatchers.

All these projects are made possible by the support of the International Festival’s Learning & Engagement Partner Baillie Gifford Investment Managers.

The first Festival Favour is granted to the Oxgangs Walking Group, one month after organised groups across Edinburgh were invited to apply for a gift from the Festival in the form of an artist or creative individual. The group undertakes a dance workshop devised by performance company and International Festival artists Curious Seed and are linking up with Oxgangs’ Move and Groove group and Dunedin Canmore Youth Project to celebrate their local community and the Oxgangs Triangle Community Garden.

Other Festival Favours include a drumming workshop with Leith Woman’s Institute; a classical quartet performing for an older people’s social group in Lochend’s The Ripple Project; an African dance workshop at Preston Street Primary; pop-up performances by Oi Musica at Goodtrees Neighbourhood Centre; a drag performance for the support workers of a mental health charity; and a collection of traditional music performances for several wards at the Royal Edinburgh Hospital.

The Festival continues its Play On: Stages project which recently saw four outdoor stages built in the playgrounds of Edinburgh primary schools in place of the stages that fell silent in 2020.

Playgrounds across the city will be brought to life by Mixed Up, an interactive performance and workshop for younger years by visual artist and experience creator Katy Wilson delivered in partnership with Imaginate and Starcatchers, bringing dance, visual art and beatbox to explore how mixed up emotions can get in turbulent times.

In a collaboration with the National Theatre of Scotland and the Royal Lyceum Theatre, the International Festival offers all secondary schools across Scotland free access to an online production of Lament for Sheku Bayoh, accompanied by a new resource designed help teachers explore themes of diversity, inclusivity and racism.

As part of the project Hannah Lavery, writer and director of the play, also delivers a creative writing workshop for students.

The International Festival’s education projects also include My Festival – an annual engagement with Edinburgh primary schools that brings to life a performance from the Festival programme. This year, in partnership with global investment brand abrdn, the project sees primary schools across Scotland offered free access to the new dance film of Akram Khan’s Chotto Xenos until November, accompanied by in-depth teaching resources exploring the wider topics of the piece.

Additionally, six schools in the Lothians region will each work with a dance artist to further explore the choreography and themes of Chotto Xenos.

As part of the International Festival’s ongoing commitment to accessibility, both live performances and digital offerings in the 2021 programme include audio described, captioned and British Sign Language interpreted performances, along with almost 600 free tickets to classical music concerts for young people as part of Young Musician’s Passport.

Caroline Donald, Head of Learning & Engagement at Edinburgh International Festival said: “After a challenging year, we are thrilled to once again work with schools, community groups, young people and families across Edinburgh and throughout Scotland. Our Festival Favours project celebrates the work of organised groups and clubs across the city, who are returning to in-person activities after over a year of online interaction.

“As we come out of lockdown, this project is our first step in giving back to those that have suffered as a result of social and creative isolation, and those that have worked through the pandemic and giving so much to their communities already. We are grateful to Baillie Gifford Investment Managers for their support as our new Learning & Engagement Partner, which will enable us to continue to share the Festival with communities across the country.”

Kim Sibbald, Group Leader of Oxgangs Walking Group said: “Edinburgh International Festival’s Festival Favour is a really good way for us to bring something new to people living in our area who may not otherwise be able to access this kind of opportunity. It has given us inspiration develop further new activities and experiences in the future.”

“We understand the value the arts have in enriching people’s lives and we hope Festival Favours can bring some joy to community groups, especially during this difficult time.”