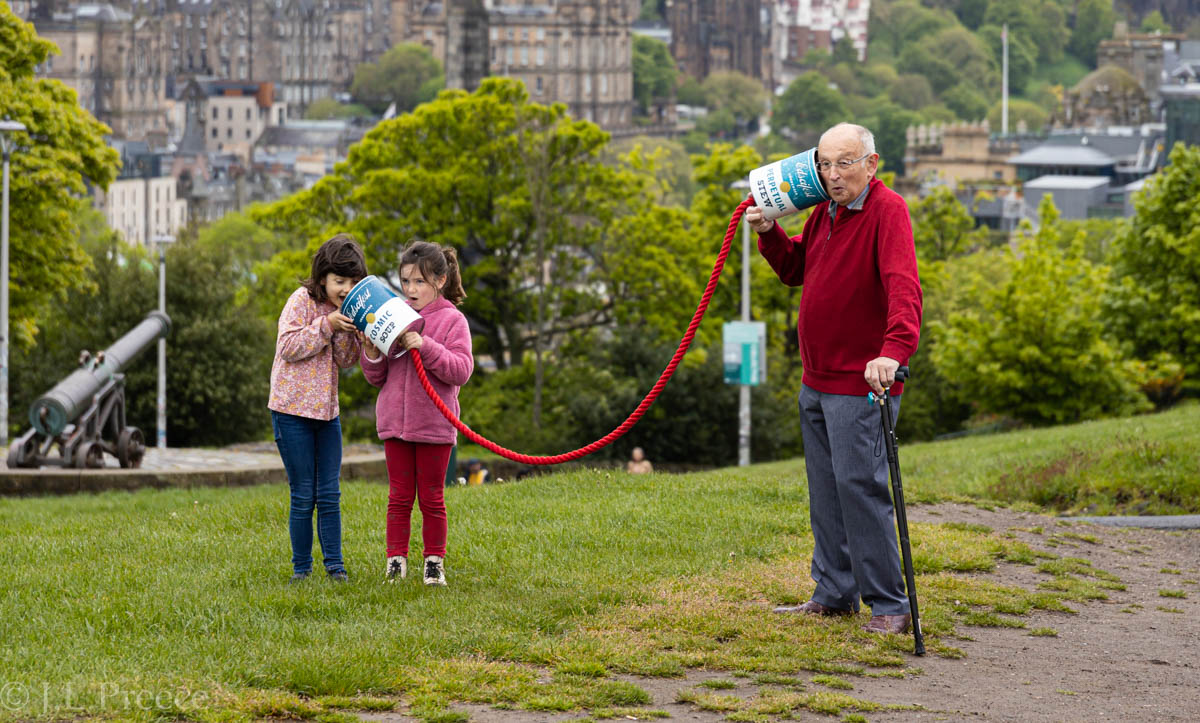 The world’s first and still Europe’s biggest science festival, the 33rd Edinburgh Science Festival wrapped up yesterday, on Sunday, 11 July, having connected sci-curious minds of all ages and all over the world to everything from STEAM (STEM + Arts) to the climate crisis and the fight against the global pandemic, celebrating women in STEM along the way.

The 2021 Festival had the theme of One World: Science Connects Us with the Headline Sponsor being Cirrus Logic and presented over 200 walks/tours/trails and exhibitions in and around Edinburgh as well as downloadable resources, digital talks and experiences for wider audiences.

From stone stacking to large-scale graffiti art, from the depths of our oceans to the vastness of space, from young climate activists to inspiring STEAM professionals, the 2021 Edinburgh Science Festival presented a fascinating programme connecting audiences in the UK and around the world, including countries such as India and USA, with a wide range of scientists and artists, with 60% of this year’s speakers women!

For those not ready to say goodbye to the Festival, three major outdoor photography exhibitions are open until 21 July: Human Nature on Portobello Promenade and This Is Engineering…Like You’ve Never Seen it Before and Road to Net Zero: Visions of a Low Carbon Future, both on The Mound.

Highlighting the Festival’s commitment to championing gender balance in science communication, three out of the 9 large-scale graffiti portraits featured on the Women in STEM Street Art Trail are now a permanent feature of Edinburgh’s streets and a legacy of the 2021 Festival. These include the portraits of the first British astronaut Helen Sharman OBE at Citadel Youth Centre, Scottish campaigner and activist Talat Yaqoob at WHALE Arts and the CEO of InTechnology SmartCities, Natalie Duffield at North Edinburgh Arts.

It is now revealed that the next edition of the Edinburgh Science Festival will take place between 9 and 24 of April 2022 with a theme of Revolutions, focusing on the power of circles and revolution(s).

Focusing on the power of circles and revolutionary approaches to everything from personal to planetary health – and with an unashamed emphasis on the urgency of tackling the climate crisis – the 2022 Festival will explore lifeforms, lifecycles and revolutionary science, technology, ideas and solutions to global challenges.

With a heartfelt call for a truly radical shift in the attitudes and behaviours of individuals, organisations and nations to combat the climate crisis and protect the delicately interconnected lifecycles and biodiversity of our planet and a special plea for the embracing of circular economies to help ensure a successful and sustainable future the 2022 Festival aims to show how going round in circles can sometimes be a GOOD thing!

Amanda Tyndall, Festival and Creative Director said: “We have had a fantastic Festival and are delighted that despite all the challenges of the global pandemic we were able to present an inspiring programme of in-person and digital events and exhibitions, which brought some much-needed fun and inspiration to the streets and venues of Edinburgh and to audiences around the globe.

“It feels great to be back and we are already planning for next year’s Festival – watch this space – and in the meantime our Education and Climate work will keep on connecting people of all ages to the science that matters most.”