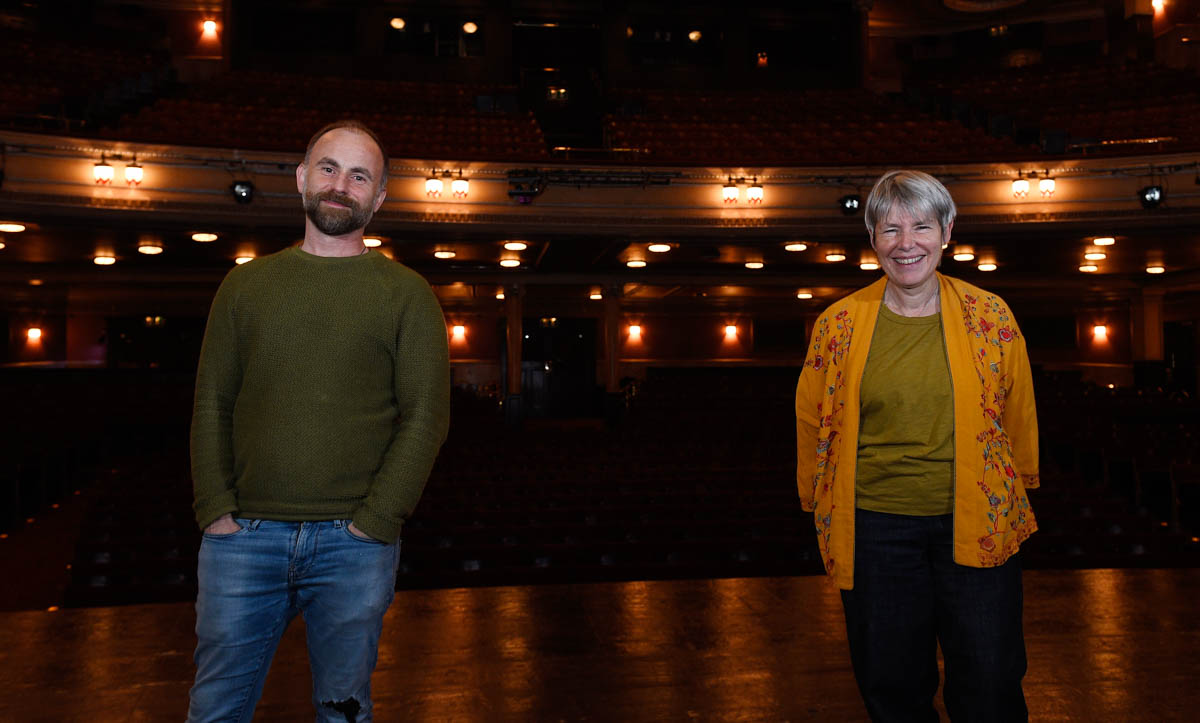 Raw Material and Capital Theatres in association with the National Theatre of Scotland announce today (Fri 25th June) a new large-scale production ‘James IV – Queen of the Fight’ that will come to stages across Scotland in autumn 2022.

Scotland, 1504, seen fresh through the eyes of new arrivals, Ellen and Anne, two Moorish women who were expected to take their place at a royal court….but not this one. Both women now have to fight to find and keep a place in the dazzling, dangerous world of the Scottish Court of James IV. It’s a world where war is never far away, words of love and promises of peace are not what they seem and where poets might turn out to be more dangerous than any assassin.

Rona Munro’s vividly imagined trilogy has already brought to life three generations of Stewart kings who ruled Scotland in the tumultuous fifteenth century to the acclaim of audiences and critics from Scotland to Auckland. The original trilogy opened at the Edinburgh International Festival in 2014 before touring Scotland and internationally, winning several awards. They were acknowledged as a landmark event in Scottish and UK theatre. Now comes James IV with Laurie Sansom directing once more.

Co-produced by Raw Material, the award-winning, independent, producing company based in Glasgow, and Capital Theatres, Scotland’s largest theatre charity based in Edinburgh, the production will open at the Festival Theatre, Edinburgh in the autumn of 2022 before touring Scotland.

Rona Munro said: “The first three James Plays – James I – The Key Will Keep the Lock, James II – The Day of the Innocents and James III – The True Mirror, were among the most exciting and the most satisfying theatre productions I’ve ever been part of. To be able to continue this work, with Laurie and with this team is, for me, to continue that excitement.

“My larger ambition is to extend the Stewart history of Scotland through James V, Mary Queen of Scots and to conclude with James VI who became James I of England. My hope is that I can make this history more accessible, make those invisible in history visible again and provide a representation of the most potent and telling truth of history- it was made by people like us.”

Laurie Sansom said: “It’s a great privilege to be returning to the world created by Rona in the first trilogy of James Plays. It was probably the most challenging and rewarding creative project I have worked on, and it’s now thrilling to be realising a long-held ambition to continue the story with the support of Raw Material, Capital Theatres and the National Theatre of Scotland.”

Fiona Gibson, CEO of Capital Theatres said: “I’m truly excited to be co-producing the next James Play with the highly talented duo that is Raw Material along with the support of National Theatre of Scotland. Gillian and Margaret-Anne have an eye for that special story that audiences just won’t want to miss. As Scotland’s largest theatre charity, we are delighted to support independent producers and enable them to create new work for our stages.

“With this announcement we are also revealing a new artistic thread which will continue to enrich our work at Capital Theatres; broadening out our programming by taking a more active role in a select number of co-productions; allowing us to collaborate with a range of fantastic producing partners such as Raw Material and play a central role in the creative life of Scotland’s theatre sector. Having had a sneak peek during the initial development phase of James IV, we can’t wait to see what Rona and Laurie finally create.”

Gillian Garrity & Margaret-Anne O’Donnell, Raw Material said: “We are beyond thrilled to be working with Capital Theatres on this new production of ‘James IV – Queen of the Fight’ by Rona Munro. As independent producers we are acutely aware of the need for high quality Scottish plays that can perform on some of our largest stages.

“This past year has been challenging across all parts of our sector and we look forward to heralding the return of our creative artists to venues and stages with the best stories and plays that will entertain and delight audiences across Scotland and beyond.

“Through a new co-producing partnership with the incredible team at Capital Theatres led by Fiona Gibson, a script by Rona Munro, direction by Laurie Sansom and support from the National Theatre of Scotland we are raring to go and very much looking forward to touring James IV to audiences across Scotland in autumn 2022.”

Jackie Wylie, Artistic Director of National Theatre of Scotland said: “We are hugely excited to be supporting the next stage in Rona Munro’s ambitious and thrilling historical theatrical saga. We know that audiences will be delighted to have the opportunity to return to the Scottish court and to find out what happens next to Rona’s vividly imagined Scots Royals.

“It’s brilliant to have Laurie Sansom at the helm and to welcome him back to Scottish theatre. We are also proud to be supporting an exciting new producing partnership between Capital Theatres and Raw Material which promises to bring much to audiences, artists and the sector”