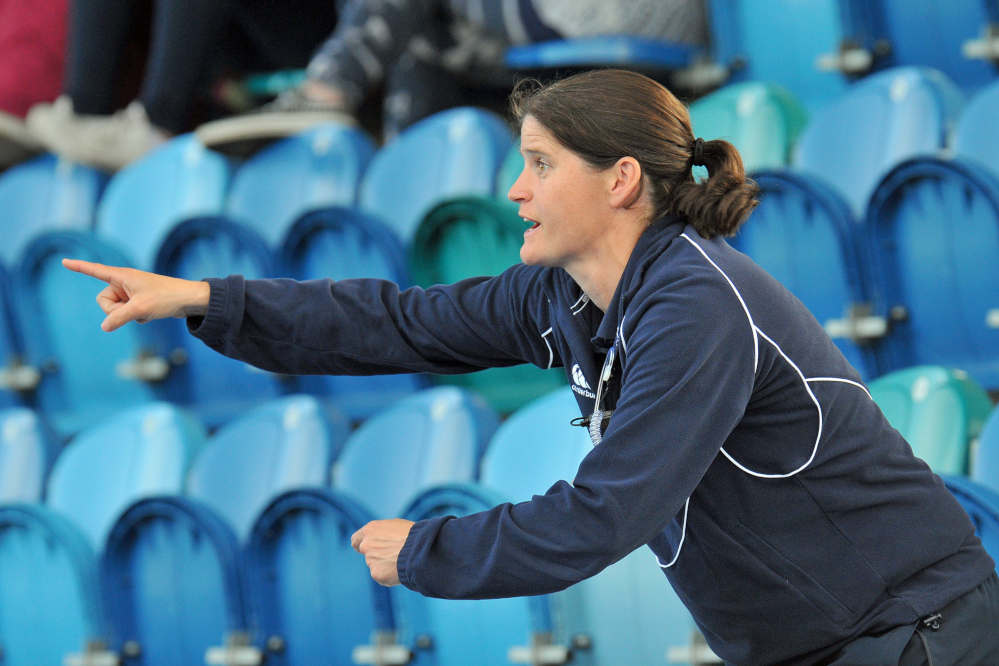 Scotland crashed to their third straight defeat in the EuroHockey Championships in Amsterdam when they were thumped 10-0 by the hosts following losses to Spain and Ireland.

Four goals came in the third quarter and three in the final 15 minutes of a game completely dominated by The Netherlands.

Scotland only had one real shot at goal in the 60 minutes coming from Borders-born, Great Britain international Sarah Robertson in the final minutes.

It could have been worse had goalkeepers Amy Gibson and Nicola Cochrane not produced some quality stops as the home side powered forward.

Jen Wilson (pictured), Scotland’s head coach, will have concerns over defender Amy Costello, the former Inverleith player, who was hit on the head twice in the later stages as the Tartan Hearts prepare for the relegation pool later this week.