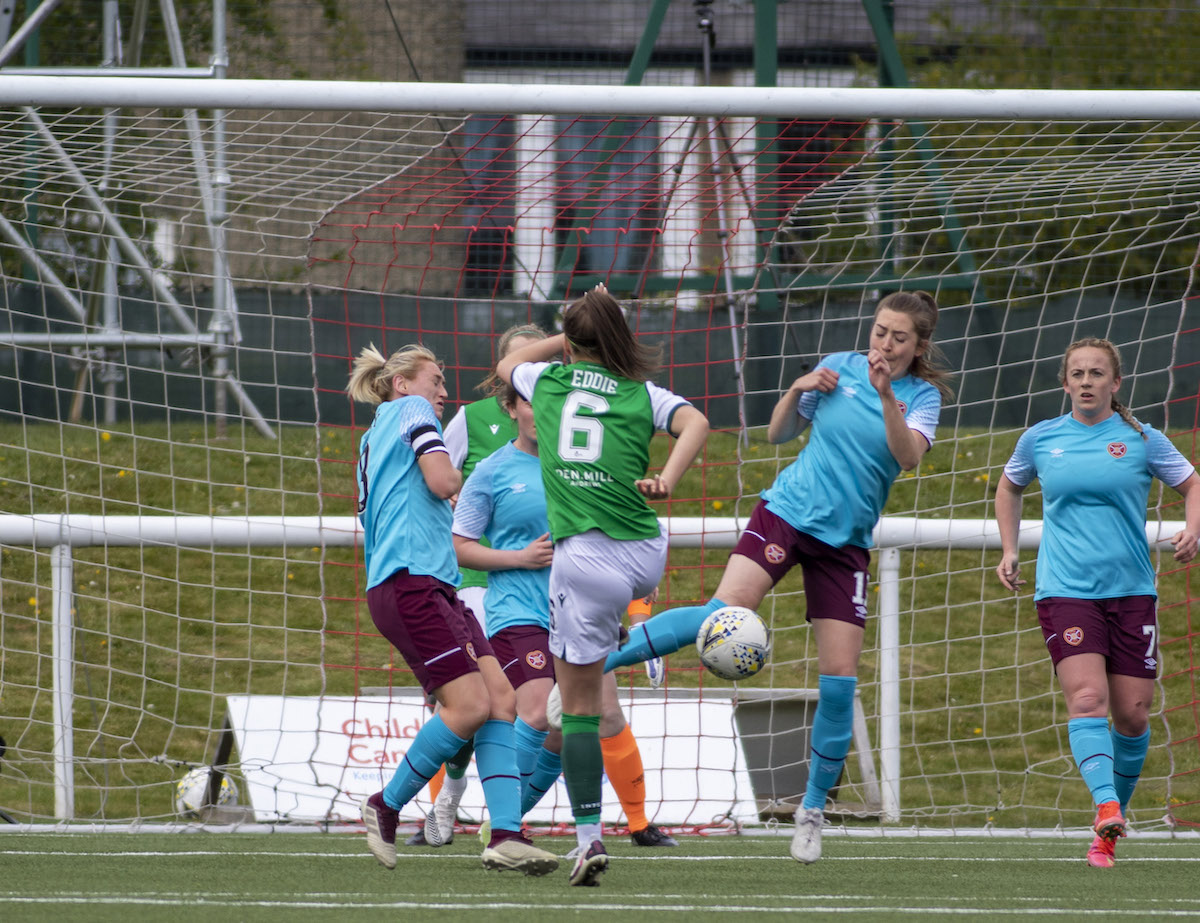 Hibs’ star Leah Eddie made her debut for the Scotland Women’s National Team as a late substitute in the victory over Northern Ireland last night.

A goal from former Hibs’ player Caroline Weir from the penalty spot was enough for Scotland to take the victory at Seaview Stadium which will give Scotland a boost ahead of their game against Wales next week.

The goal came in the 77th minute when Christie Murray was brought down inside the area and Weir fired the resultant spot-kick into the bottom right-hand corner of the net.

Moments later Eddie replaced Rangers’ Brianna Westrup in defence and the Scots held on to secure the victory.

The team will now travel to Swansea to face Wales for their final game before the World Cup qualifiers in September.

You can watch the game on BBC Wales and iPlayer.