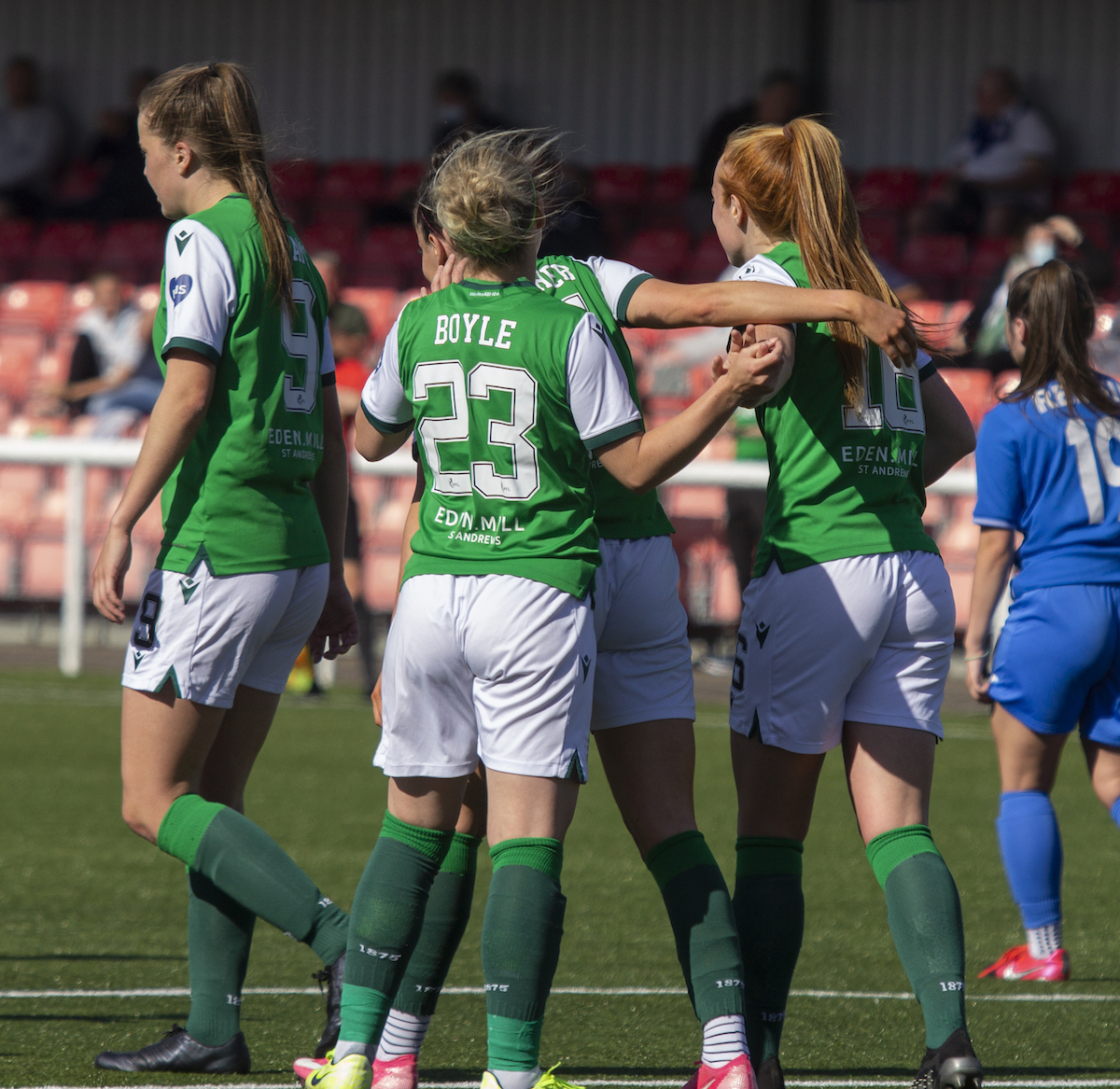 Hibs ended the season in style with a comprehensive 7-0 victory over Forfar Farmington at Ainslie Park this afternoon in the first even game to streamed live by consumer video platform Recast.

That result couple with Spartans failure to beat bottom of the table Hearts at the Oriam ensured that Hibs finished the season in fourth place.

Hibs took the lead in the 16th minute when Carla Boyce’s effort was saved by Perry and Amy Gallagher knocked in the rebound.

Just before the break Hibs doubled their lead when Rachael Boyle’s strike was parried by the Forfar keeper and player of the year Eildh Adams was on hand to slot the ball into the net.

In the 54th minute Murray replaced Leah Eddie then four minutes later Ellis Notley made it 3-0 when she finished off a fine team move.

Hunter then got her name on the scoresheet with a well-taken back-post header as Hibs took total control of the game.

In the 66th minute Boyce made it 5-0 when she got on the end of a low cross and five minutes later Eve Donald and Rosie Livingston replaced Hunter and Adams.

Livingston then made an immediate impact and made it 6-0 on only her second appearance for the club.

With 12-minutes remaining, substitute Kirsty Morrison scored Hibs’ seventh with a powerful volley from the edge of the box.

All eyes were then on the Oriam as the Hibs’ players knew that victory for Spartans would mean that their efforts against Forfar were in vain. News then came in the Murron Cunningham had given Hearts the lead from the penalty spot however Spartans equalised immediately through Becky Galbraith.

It was a nervous few minutes for the remaining minutes before the final score was confirmed as 1-1.

Elsewhere Glasgow City were crowned champions after a 2-0 victory over Rangers, Celtic finished in second place after a comprehensive 8-0 win over Motherwell.