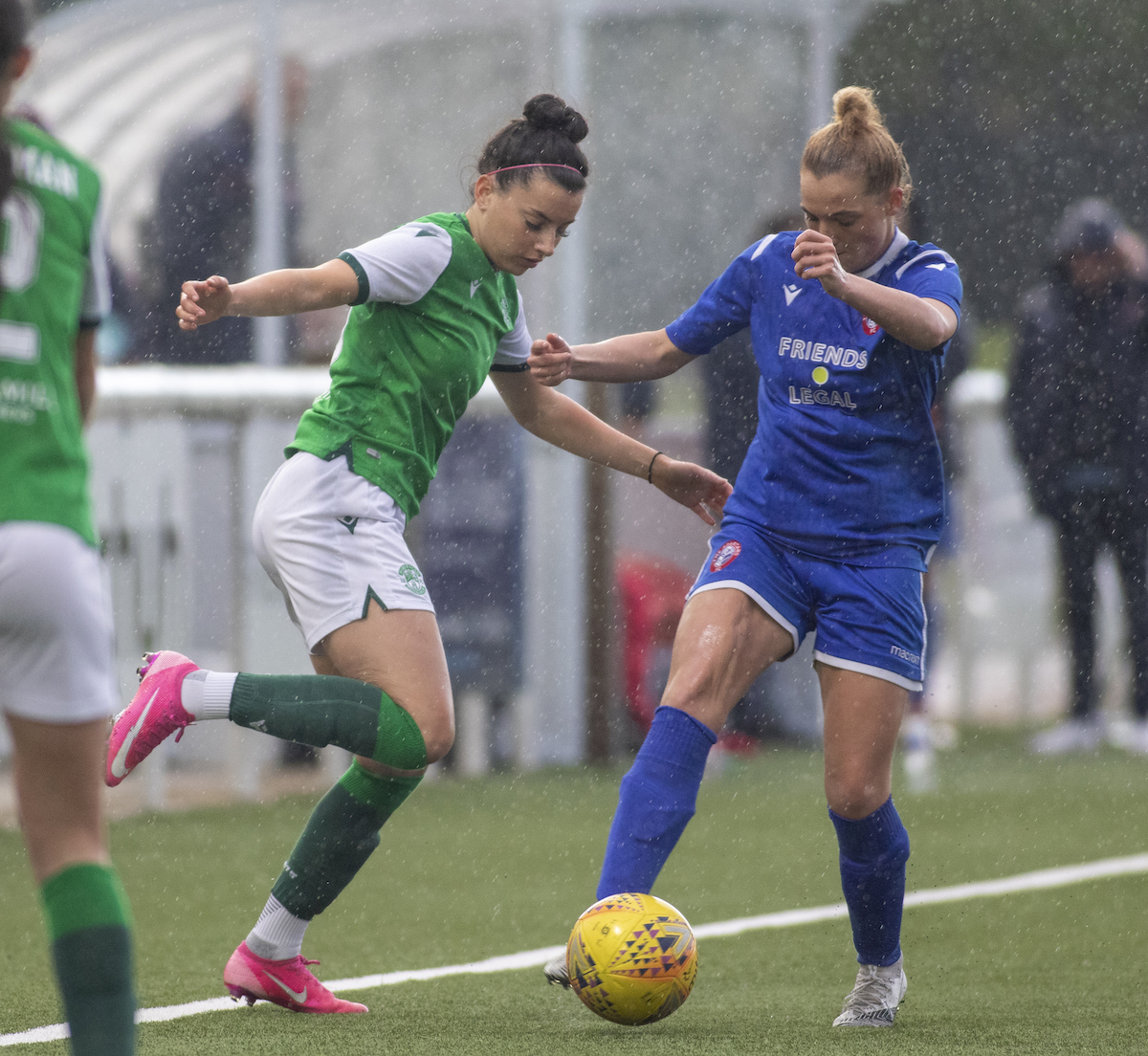 With the men’s teams playing in different leagues this season it was up to the women to quench the derby thirst and the Hibs’ players did just that with a memorable 6-0 victory over their city rivals live on BBC ALBA at Ainslie Park on Sunday 2 May.

“Player of the Game” Amy Gallacher wrote her name into the history books that day with a memorable hat trick joining Gordon Smith, Lawrie Reilly, Joe Baker, Pat Quinn and Mixu Paatelainen who all did likewise, and the only downside was that it wasn’t the seven-nil score that many fans wanted.

The versatile midfielder, who has been in fine form this season, told the Edinburgh Reporter: “I’m from Dundee and started playing football when I was about four or five as I come from a football family so you could say that it’s in the genes.

“I started my professional career with Forfar Farmington then Chris Roberts signed me for Hibs. This is my fourth season and I’ve really enjoyed my time at the club. We’ve won a few Scottish Cups including the 9-0 victory over Celtic  but probably the highlight would be scoring against Slavia Prague in the Champion’s League.

“This is my fourth season at Hibs and we are aiming for fourth place because obviously the top three are running away. With them putting money into their teams it makes things tougher but I think it’s a good thing. The league is becoming more competitive. Obviously Rangers and Celtic are full-time now and we are going through a transition so we may be there in a few years, you never know but it’s definitely good for the league.

“We’ve been playing well but not been getting the wins our play deserved. “Dean’s (Gibson) a good manager and we are beginning to play well under him and hopefully that can continue.

“Personally I’m aiming to keep playing every week and keep scoring goals. I’ve struggled a bit with injuries so hopefully I’ll keep fit. I’ve scored six so far but I am looking to add to that. A lot of players from Hibs have moved down to England and gone full-time and that is something I would like to do at some stage but I don’t have any sort of timescale. I don’t really like looking too far ahead so I’ll just see what happens but I’m still enjoying my time with Hibs.”