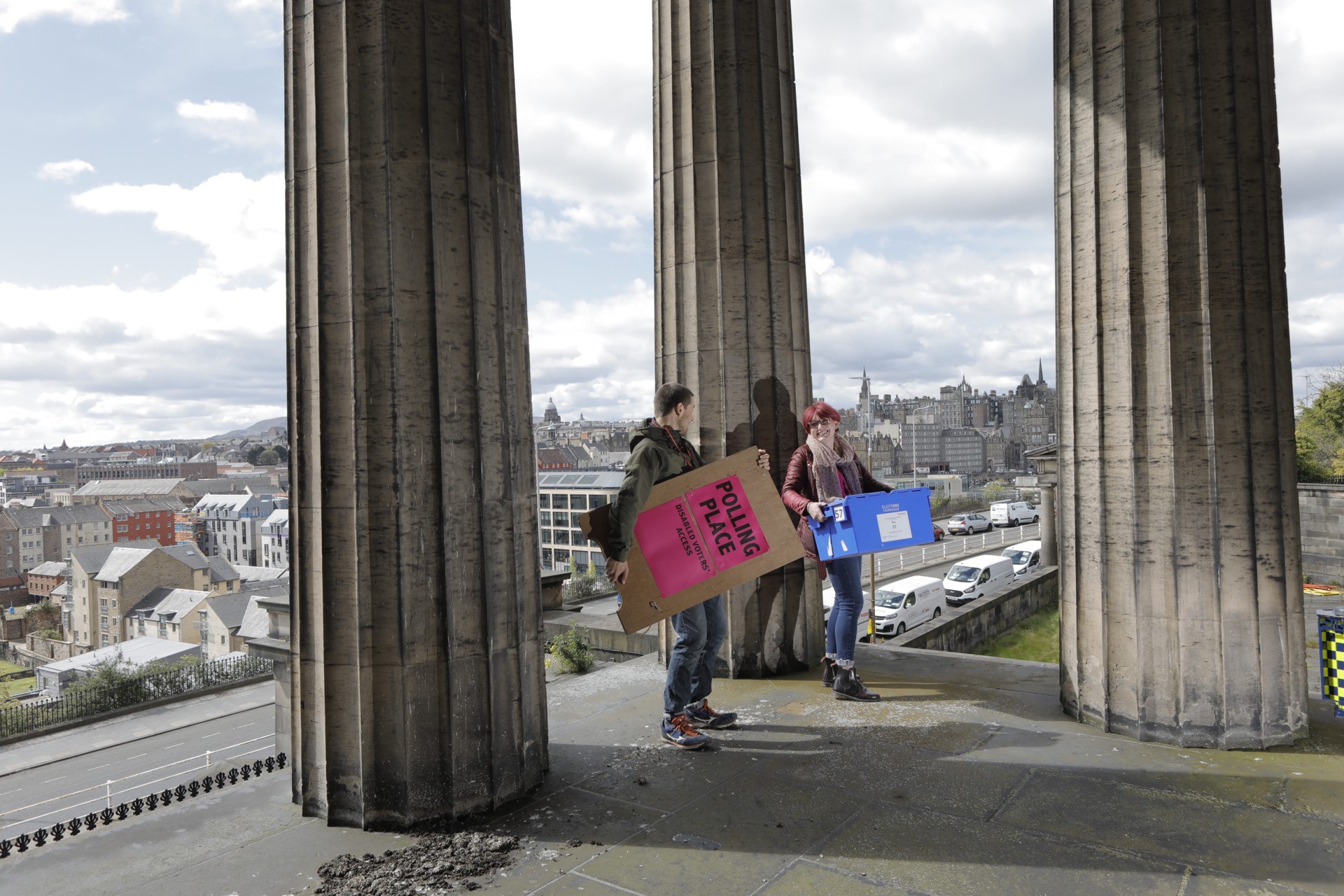 The polling stations in Edinburgh opened at 7.00am this morning and will be open all the way through until 10.00pm.

All polling stations in Edinburgh are listed here where around 8.7% of Scotland’s electorate – 401,321 people – will vote in the 2021 Scottish Parliament Election. In the capital 140 buildings will be used a polling places on Thursday housing 352 polling stations. Each station has two ballot boxes – one for the local constituency paper and one for the peach coloured regional paper. Over 900 polling staff will assist the public to cast their vote.

We have visited Leith Walk Primary School this morning where Scottish Greens candidate, Lorna Slater, was casting her vote:

At the 140 polling places the council has supplied:

If you have not yet posted your postal vote then you can still vote in person if you are in Edinburgh to do so. A postal vote has to be received by the Returning Officer, Chief Executive of The City of Edinburgh Council, Andrew Kerr, by post by 10pm on Thursday evening. But you can also return your ballot papers either to the City Chambers reception of at Waverley Court reception, or to a polling place in the City of Edinburgh Council area.

If you have made a mistake on your ballot paper then you can still get a replacement but you would need to make an appointment to go to the City Chambers and collect it, and you have to present your ID.

The candidates you can vote for are as follows:

The count will take place from 9.30am on Friday morning and will continue during Friday and Saturday.