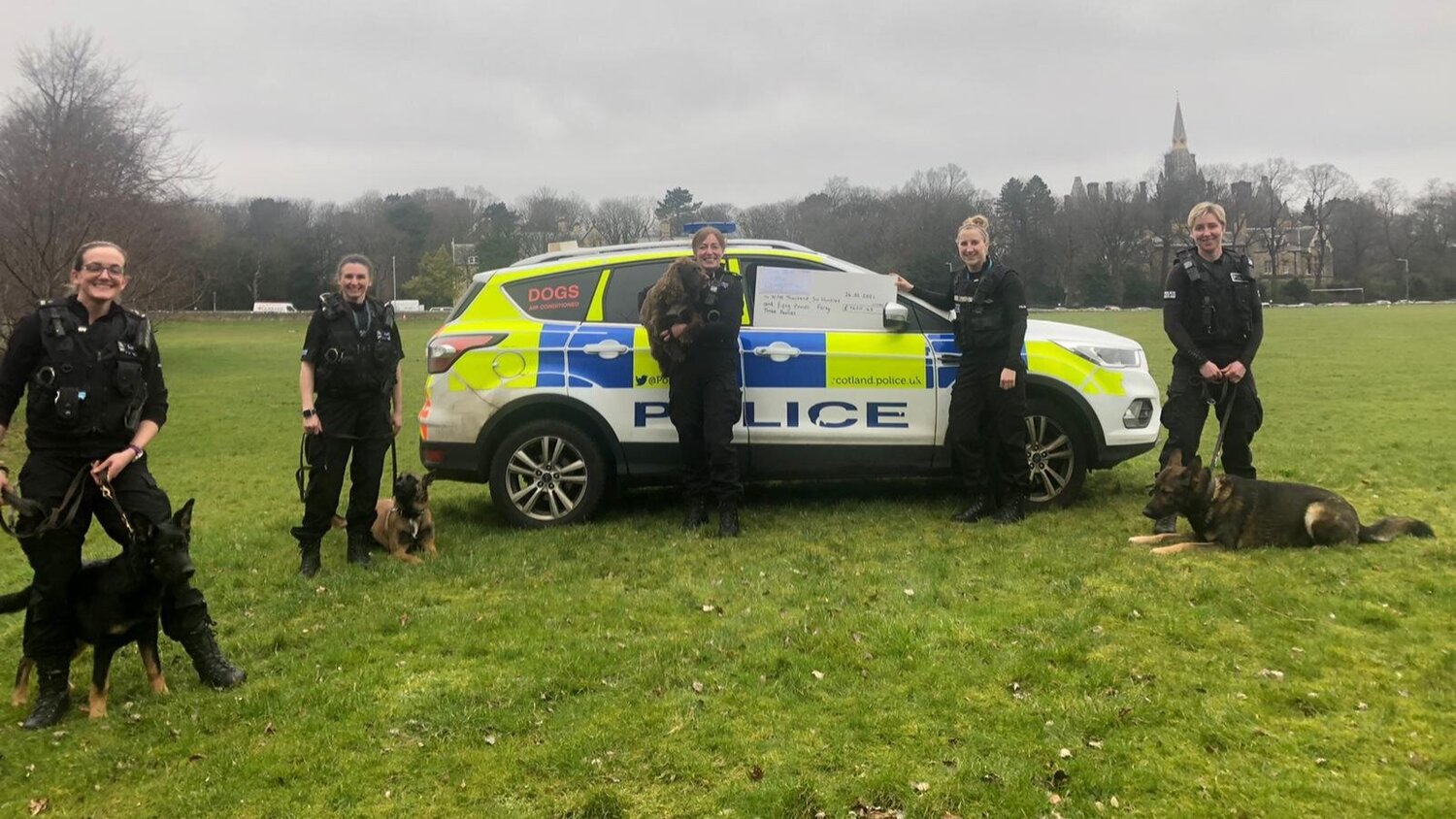 A team of police dog handlers from Scotland raised almost £10,000 for a charity that helps support retired police dogs in their new homes.

Lisa Mitchell has worked as a dog handler for Police Scotland for seven years. She is based in Edinburgh with her two dogs, German shepherd Harper and springer spaniel, Digby.

“I found out about the Thin Blue Paw Foundation in 2020, shortly after it had launched, and I knew I wanted to do something to help raise money for the cause,” she said.

“Harper is eight and will retire next year. Her care will then be my responsibility. I also have to consider Digby and my five-month-old German shepherd, Kaiser, who will eventually take over from Harper when she retires.

“I wanted to help the charity as much as possible; one day, I might need their help.”

Lisa and eight of her fellow dog handlers – six from Edinburgh, one from Glasgow, one from Larbert and one from Glenrothes – decided to set themselves challenges throughout January.

Lisa added: “I decided I needed something positive to focus on in January and Covid restrictions made fundraising difficult so I came up with the idea to run, walk or cycle 10k a day. Some other police officers, friends and family also got involved and, between us, we managed to raise £9,650.”

The team presented their donation to the Thin Blue Paw Foundation in February with a giant cheque, although Covid restrictions meant they couldn’t deliver it in person.

The Thin Blue Paw Foundation was founded in August 2020 and is a national dog welfare charity which protects, celebrates and rehabilitates both serving and retired police dogs from across the UK.

Charity trustee Kieran Stanbridge said: “Many people are unaware that retired police dogs do not receive financial support in their retirement, meaning the responsibility for their care and vet bills fall solely to their ex-handler or new owner.

“It can be incredibly difficult to get insurance for an ex-working dog and they can face injuries or health problems as a result of their working life, leaving many owners facing ongoing and expensive vet bills.

“The Thin Blue Paw Foundation provides much-needed financial support to over 200 unsung canine heroes and their owners to enable them to have a long and happy retirement.”

Lisa and the team have decided to launch a charity challenge each year to help support the charity.

Lisa added: “I want to raise awareness of the charity and the work they do. Not a lot of people realise that retired police dogs don’t receive support from the force they once served.”