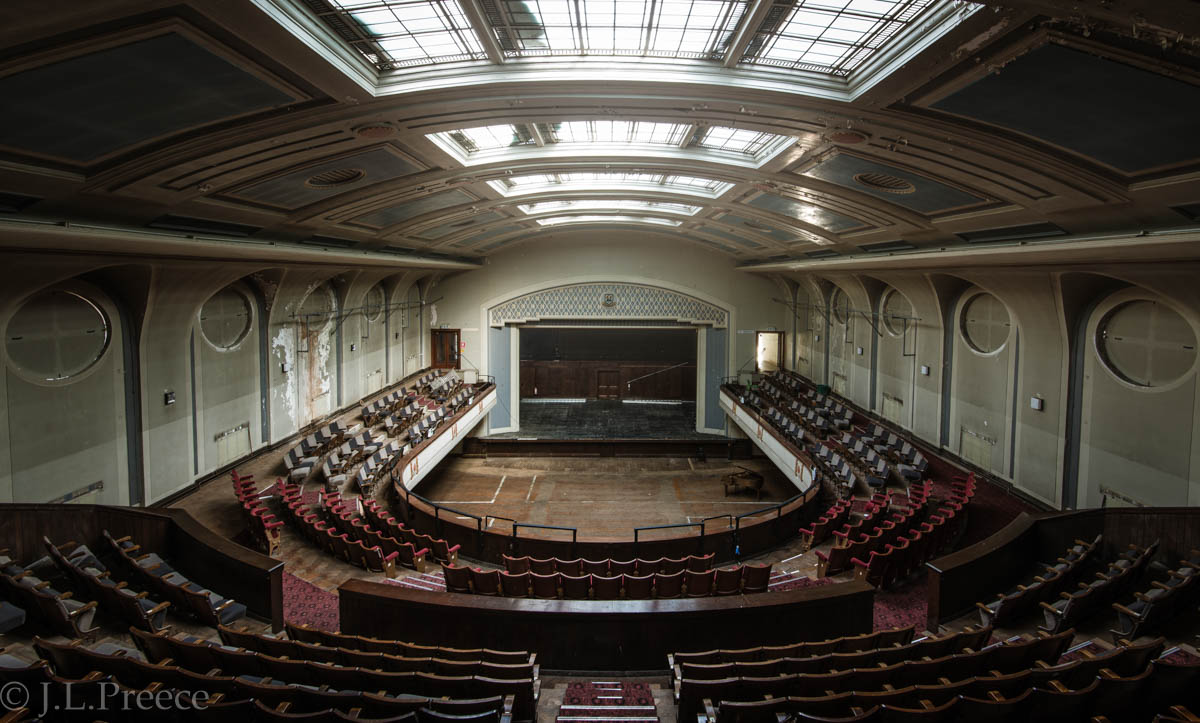 Founding member of Leith Theatre Trust, Jack Hunter, will be standing down as Chair of Leith Theatre on 27 May 2021 after 16 years of involvement. Vice Chair, Roland Reid, stepped down at the start of the year with Anne Diack taking up this position.

As a previous Managing Director of Scottish Homes, former Chair of Port of Leith Housing Association and as a member of the initial Action Group, Jack Hunter was instrumental in saving the building after a strategic review of theatres in Edinburgh proposed selling it for redevelopment. This group eventually became Leith Theatre Trust in 2008 and a registered charity in 2011.

Under Jack’s watchful eye the Trust took over management of the neglected asset in 2016 and over the next 5 years re-established the Theatre on Edinburgh’s cultural scene in a riot of colour and life, initially hosting Hidden Door and the Edinburgh International Festival. This returned contemporary music to the stage with a raft of innovative and avant-garde partners, spoken word, film, theatre and international DJ sets; all of which have complemented the venue’s strong community focus.

Covid has been Leith Theatre’s third period of public closure in its near hundred-year history. However, this time has seen the theatre kept busy behind the scenes, supporting the wider community with Empty Kitchens Full Hearts to help alleviate food poverty; and producing a series of live streamed gigs, shining a light on fresh music in Scotland under its new brand, Live in Leith.

Leith Theatre has continued to grow positively and at a pace towards a reimagined future and with that has come expected shifts and new opportunities in Board development and governance.

Anne Diack has been a key member of the Leith Theatre Board since 2016 and brings her governance and leadership skills to the table at this time of growth. She is Head of External Affairs at the Edinburgh Festival Fringe Society and also serves on the Board for Soundhouse.

Lynn Morrison, Chief Executive, Leith Theatre, said “Jack Hunter was instrumental in saving this building from housing development from 2004 onwards. His activism over a period of 16 years has allowed the theatre to reach this pivotal point in its journey.

“Building on our vision for the future, it is at the start of a capital fundraising campaign which will ensure that this beautiful building is still around for future generations, which is exactly what Jack hoped for. As an architect by trade, Roland Reid shared this passion for the building and devoted much of his time and energy to it.

“All of us at Leith Theatre wish them both the very best, and send them on their way safe in the knowledge that they will be able to watch their much-loved project grow from strength to strength.”

Jack Hunter said, “I am honoured to have played a part in Leith Theatre’s history. As a member of the local community with a passion for music, I know how much this building means to Leithers.

“My involvement has ensured that it will also have the chance to mean the same to a wider community, from local to international, which has always been the ethos behind the Theatre. I know the team is extremely hard working and have lots planned, so I look forward to seeing what’s next as part of the community!”

Leith Theatre will be formally recruiting for a new Chair later on this year.