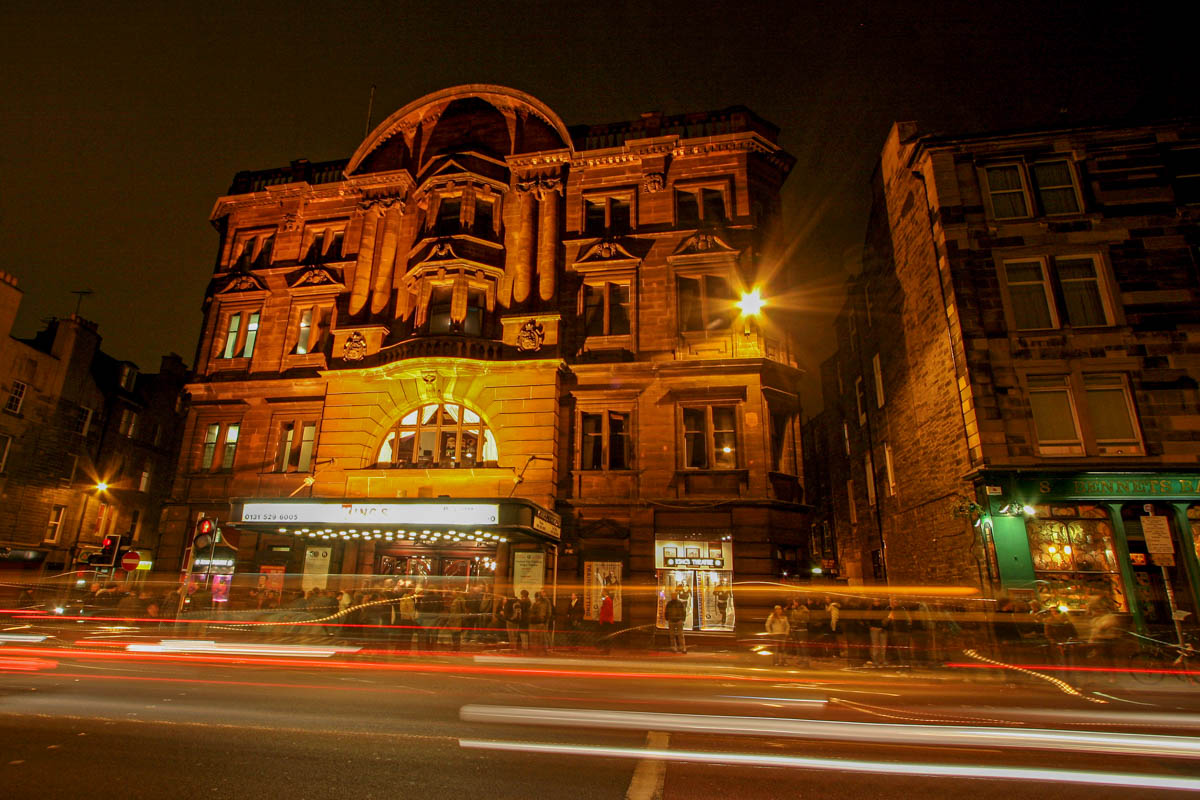 With the Federation of Scottish Theatres, eleven of Scotland’s leading performing arts venues, collectively call on the newly returned Scottish Government to urgently review the social distancing requirements required in their venues as Coronavirus restrictions continue to be eased. Without a change to the guidance, significantly more public sector finance will be required to protect an already deeply damaged sector.

With the furlough scheme ending in September, many freelancers across the sector still excluded from support and desperate for work, and audiences indicating they are confident and keen to return, action is urgently needed to enable venues to play their role in the recovery of the economy, jobs and the nation’s wellbeing.

All Consortium members are also part of the Federation of Scottish Theatre, Scotland’s membership and development body for professional dance, opera and theatre.

The current 2m+ requirement makes presenting and producing work financially unviable in almost all contexts. In a recent survey conducted by the Federation of Scottish Theatre 96% of members responded that it is not economically viable for them to reopen while that level of social distancing is required.

That is 120 organisations across the length and breadth of Scotland, who employ thousands, support surrounding and supply chain businesses, and enrich, and give value to, communities across the entire nation.

With a restricted capacity at, a socially distant, 2M, capacity varies from around 6% (Tron Theatre, Glasgow) to 21% (Festival Theatre, Edinburgh).

If that distance was to be, a socially distant, 1M, then capacity would increase to around 25% (Tron Theatre) Glasgow to 46% (Festival Theatre, Edinburgh).

In addition to the 2m+ guidance, the continued uncertainty in the sector which has no clear route-map of when social distancing requirements might be lifted, or eased, is having a significantly negative impact on the ability for venues to plan.

Many of Scotland’s theatres are reliant on touring productions that move across the United Kingdom. The continued uncertainty, and lack of clarity in Scotland is resulting in increased nervousness and unwillingness of producers booking their productions and concerts into Scotland’s venues, particularly while their options are much more secure South of the border.

In England theatres can open at 50% capacity from 17 May with a plan for them to return to full capacity from 21 June. Scotland’s performing arts venues urgently need the clarity of a route-map so they can plan accordingly.

If the Scottish Government genuinely feel the sector needs to remain closed, additional emergency funding will be required to support the performing arts sector through a prolonged recovery.

“The Scottish Government has a proven track-record of understanding the value that the arts and culture bring to communities the length-and-breadth of our country.

The consortium is grateful for the intervention of the Cabinet Secretary, and for the reassurance from the First Minister that culture will play a critical role in the nation’s COVID recovery, but that will only be possible if we are able to plan for the months ahead.

We are a creative and professional sector, confident that we can safely return audiences to our venues. We urge the government to recognise that the current guidance on social distancing makes a meaningful re-start of the sector almost impossible and to engage fully with the sector to address this.”

“Every part of that network has been damaged by the impact of COVID, yet is keen and poised to move forward to recovery. We have worked carefully and collaboratively to ensure that the sector is ready to begin making, producing and presenting work for public audiences and participants in as safe and accessible a way as possible.

“With the right regulations, and package of support, the sector will be able to continue making its significant contribution to the cultural, social and economic life of Scotland, as well as health and wellbeing, as part of its recovery and beyond.”