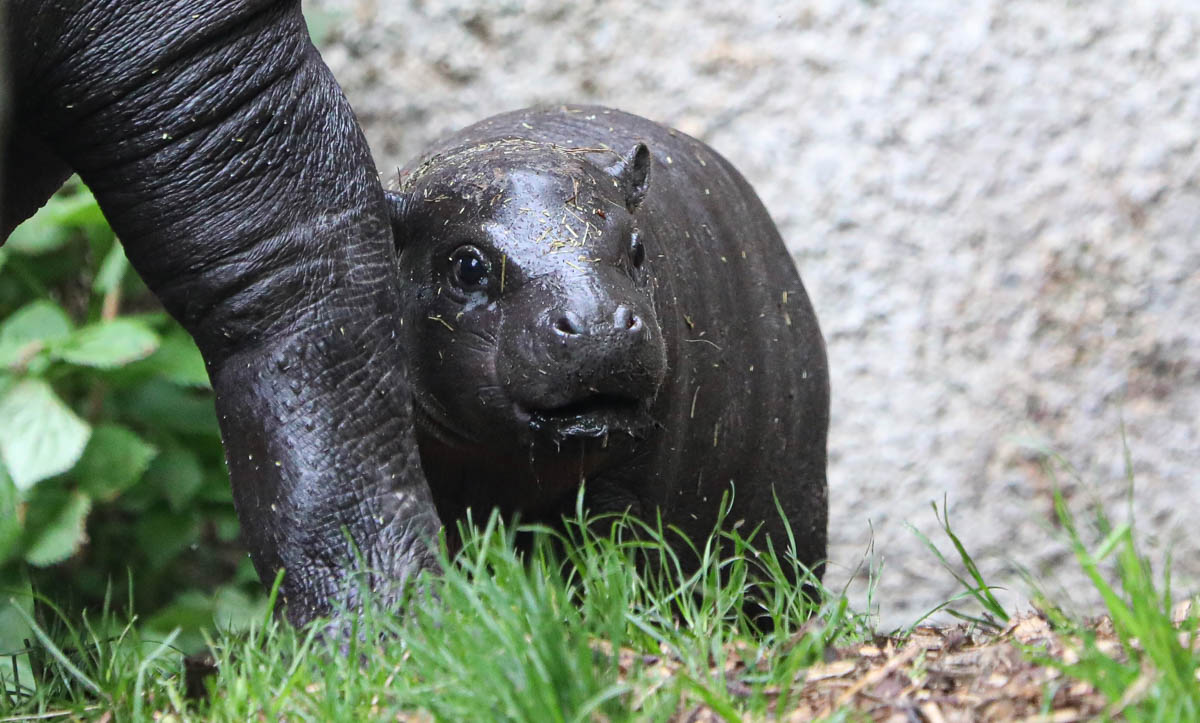 Scotland’s only pygmy hippo calf, born at the Royal Zoological Society of Scotland’s Edinburgh Zoo in April, has been named Amara in a tribute to the endangered species’ native home of West Africa.

The calf’s name, which means ‘Grace’, was chosen by players of People’s Postcode Lottery who support the wildlife conservation charity’s projects around the world and in the RZSS WildGenes laboratory.

Based just behind the rhino house at Edinburgh Zoo, the RZSS WildGenes team contribute to work to protect animals across the globe, including publishing the first ever genomic study of pygmy hippos.

More information about visiting Edinburgh Zoo and how people can help care for the charity’s animals is available at www.edinburghzoo.org.uk/we-are-open.